The colours of spring: the modern, the literary and the ancient 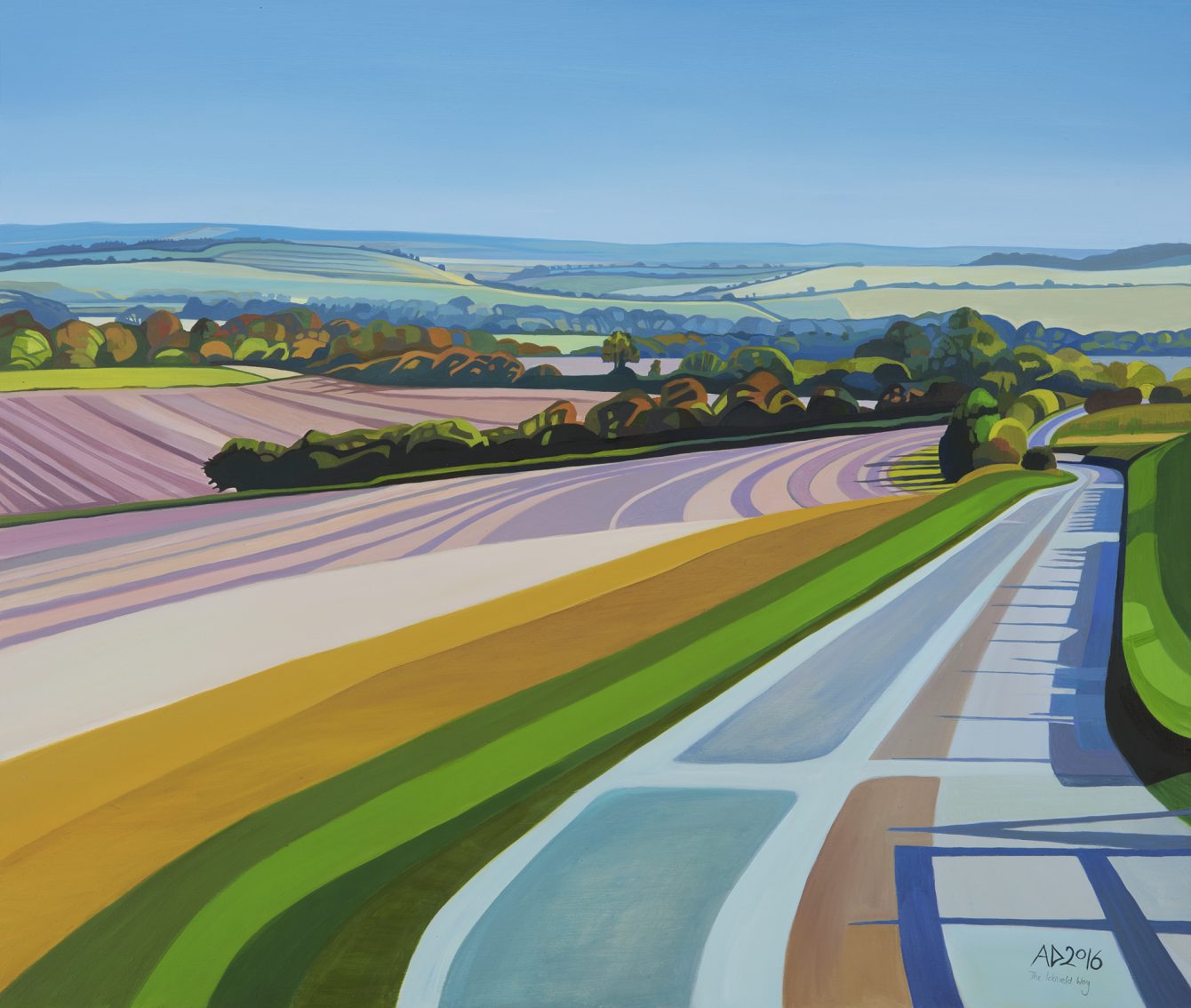 As Oxfordshire bursts forth into April and there’s colour in the hedgerows across the county, Esther Lafferty, Festival Director of Oxfordshire Artweeks, suggests some places for great art to add some spring to your step.

This is the last month of The Ashmolean’s exhibition Degas to Picasso: Creating Modernism in France at The Ashmolean which includes over 100 pieces by Matisse, Manet, Chagall, Renoir, Degas, Léger and Picasso which have never been seen in Britain before. Together they tells one of the most compelling stories in the history of art – the rise of Modernism in a period of unparalleled artistic invention and experiment. From the early nineteenth century to the middle of the twentieth, this story was played out in in Paris in particular, a melting pot of international artists, performers, poets and painters, in the bohemian neighbourhoods of Montmartre and Montparnasse.  At the heart of the exhibition is a choice group of works by Picasso, Braque and other artists who first experimented with Cubism and developed ground-breaking styles we are familiar with today.

There’s colour too in a pop-up gallery in the first floor café in Blackwells on historic Broad Street. Named after the Oxford-based heroine Zuleika Dobson who appeared in a 1911 satirical novel of the same name written by Max Beerbohm about undergraduate life in Oxford, it seems highly appropriate that Zuleika Gallery’s latest pop-up is exhibition in Oxford’s most famous bookshop, and here  until the end of May you can see a selection of prints by some of the most sought after artists of today, including Howard Hodgkin (1932-2017).

Over in Summertown, at the Sarah Wiseman Gallery their Spring Exhibition burst forth with strong energetic mark making by Charlotte Cornish, one of the UK’s leading contemporary abstract artists who explores the world through colour and line, her palette as richly coloured as a vibrant flowers in the sunshine. ‘I have always found inspiration from places I have visited. I often use photographs as an initial starting point for my compositions, but my paintings are not representations of places, but a mixture of elements from the seen world, and my own emotional responses and experience,’ Charlotte explains.

Alongside, discover Andrew Hood’s paintings of bustling picturesque location captured with an elemental energy of time and place and an animated, expressive mark-making style, and striking contemporary pottery hand decorated with graphic designs in cobalt blue.

And take a stroll down the street to The North Wall Arts centre, which is celebrating the link between theatre, visual art and storytelling, with an exhibition of unusual wall-mounted theatres (until 15th April). Created by local artist and maker Adrian Brook with a range of materials – wood, paint and metals – these include simple puppet figures to explore complex themes as diverse as colonialism and spirituality in a way that is both witty and moving. Both presenting narratives and inviting exploration, these unusual theatres span a great breadth of ideas and decorative styles – sometimes following in the footsteps of an explorer around the globe, other times they take an imaginary journey – and two of the exhibits celebrate the work of two contrasting Oxford writers, C.S Lewis and Philip Pullman.

Beyond the dreaming spires of Oxford, take a journey into the glowing greens of The Cotswolds where at Cogges Manor Farm in Witney, artist Sally Wyatt has been making a visual record of a year at Cogges, reflecting the beauty of a working landscape that boasts a 1000 year history and interpreting the heritage farmstead in her own unique way. ‘I have spent time at Cogges through the seasons, absorbing, mark making and sometimes drawing the meadow, trees and nature’ says Sally, ‘observing the vegetation in the meadow, the woods and the garden in summer, seeking interesting light and shade, the tree structures devoid of leaves and the starkness of deepest winter.’  The exhibition ‘Trace’ (which runs until 30 June) shows the age-old beauty and heritage of the ancient landscape in new ways.

Meanwhile, along The Ridgeway – the oldest road in Britain – which skirts the south of the county border in the Vale of the White Horse, there will be a two-day exhibition commemorating the views and atmosphere of this ancient trail in the Thomas Hughes Memorial Hall in Uffington, the village above which also houses Tom Brown’s School Museum the for-hundred year-old schoolroom featured in Thomas Hughes’s Tom Brown’s School Days (1857). Above Uffington the country’s oldest chalk horse gallops across the landscape, Dragon Hill beneath his hooves – this is the location, it’s often said, where St George fought the dragon and so it’s fitting that the exhibition runs over the weekend 22nd and 23rd April (St George’s Day).

Some good places to see art this month: