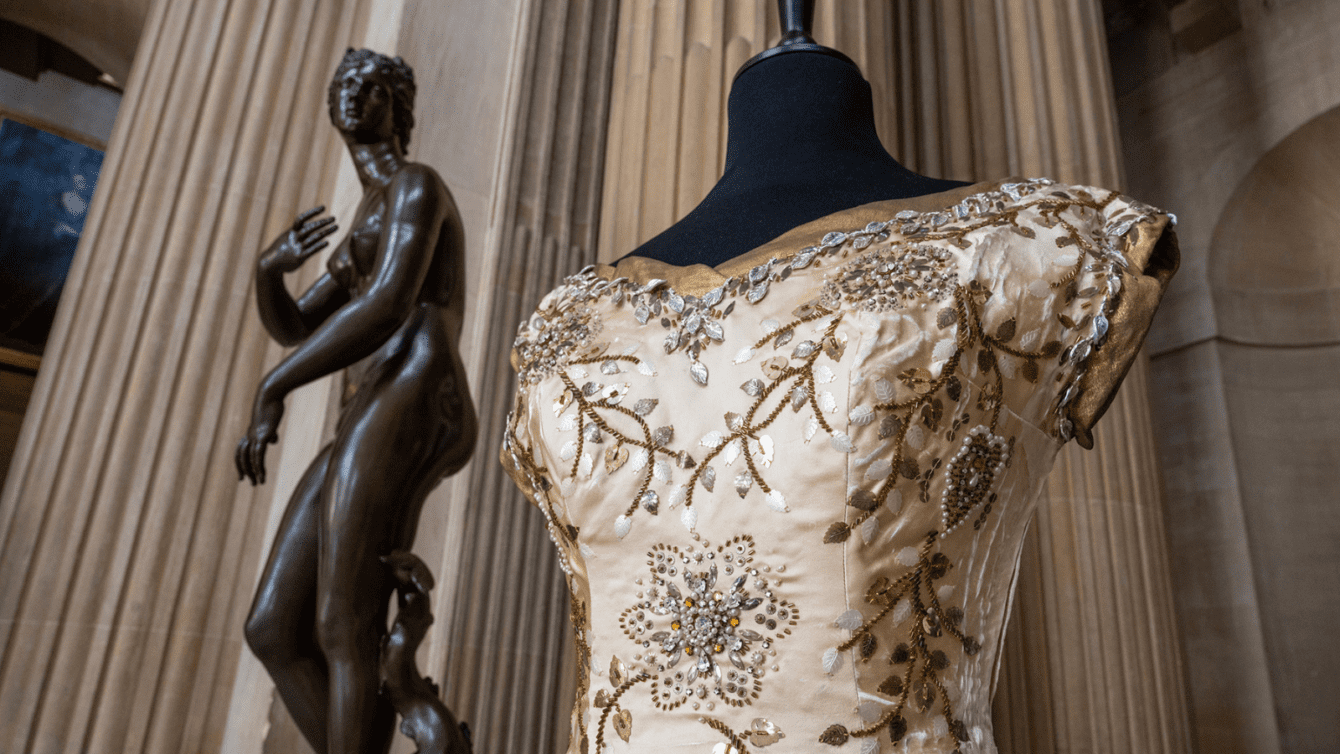 The iconic Maid of Honour Coronation dress worn by Lady Rosemary Spencer-Churchill is to go on display at Blenheim Palace to celebrate the Queen’s Platinum Jubilee.

The dress, which was designed by the Queen’s dressmaker Sir Norman Hartnell, was worn by the then 23-year-old Lady Rosemary at the historic June 2nd, 1953 ceremony in Westminster Abbey.

Lady Rosemary, who grew up at Blenheim Palace, is the daughter of the 10th Duke of Marlborough.

As the daughter of the 10th Duke of Marlborough, she was the most senior of the six maids of honour and rode in a carriage as part of the procession to the abbey.

The dress, which has a tiny 22-inch waist, has undergone painstaking conservation work at the studio of textile conservator Emma Telford.

It is the first time it will have been on public display for more than 40 years.

Lady Rosemary has also provided the gloves she wore on the day, along with a brooch presented to the maids of honour to mark the event as part of the exhibition which also features contemporary magazines and newspapers from the time.

Lady Rosemary first learned of her momentous role when she received an invitation to take part in the event in January 1953.

‘Madam, I have it in command from the Queen to inform you that Her Majesty has been graciously pleased to appoint you as a Maid of Honour to assist the Mistress of the Robes in bearing Her Majesty’s train on the occasion of Her Majesty’s Coronation.’

Speaking in a BBC interview in 2013, Lady Rosemary said: “One was very flattered. It was a great thrill… one didn’t have any idea at all.

“It was still a long way from the Coronation itself… so it was a great surprise.”

Over the next six months she had four dress fittings and attended eight rehearsals before, on 2 June 1953, she played her part in the Coronation of Queen Elizabeth II.

“The noise was absolutely fantastic. The roar of the crowd, I do remember that very well,” she said.

“And of course it was a pretty awful day. It wasn’t raining non-stop but it was cold and we had nothing but our gloves.

“We were in the carriage with Lord Tryon who was Keeper of the Privy Purse. In this wonderful embroidered purse he gave us sweets to eat on the way round London.

“I was excited. I don’t think one was too apprehensive. Like everything we’d been so well schooled for so long that we knew exactly what we had to do and when we had to do it.

“The Queen was very relaxed and full of confidence. When we were all in place and holding her train she said ‘Are you ready girls?’ and we set off.

“When the Queen made her oath and she was anointed by the Archbishop of Canterbury with oil on her forehead, dressed in just a little linen shift, she looked very vulnerable, but she was completely calm and fantastic,” she added.

The Queen’s gown was made from ivory silk satin, encrusted with 10,000 seed pearls, and embroidered with star lilies and orange blossoms.

Hartnell and the Queen chose motifs from across the UK and Commonwealth: maple leaves for Canada, wheat sheaves for Pakistan, lotus flowers for South Africa, the English Rose, Welsh leeks, Scottish thistles and Irish shamrocks.

The design took six embroiderers 3,000 hours to complete and the dresses worn by the Maids of Honour complemented that worn by the Queen.

Within a few weeks of the Coronation, Lady Rosemary, who had delayed her wedding so that she could carry out her duties as a Maid of Honour, was married at Christ Church Cathedral in Oxford in a ceremony that was attended by the Queen Mother and Princess Margaret.