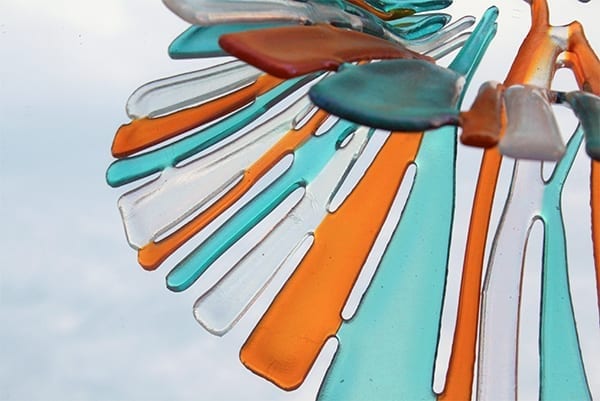 The Importance of Crafts

Many people appreciate the direct link between handmade objects and their designer/makers. The immediate contact between the hand of the maker and object gives special value to these items over mass-produced, factory-made products as well as the knowledge that each piece is individual.

The presence of metal cooking pots and implements, clay or wooden drinking vessels, cloth for clothing and ornaments for decoration is evident from the earliest excavations of mankind. Early man was skilled in these crafts which were essential for society. They developed to a high degree over millennia until the industrial revolution transformed the technology of making, and everyday handmade crafts were superseded by those made by machinery. Ceramics and textiles were massed produced, and they and the making of other craft items industrialised. However, the value of handmade objects and the joy of producing individual handmade items has not been lost.

Oxfordshire, like many counties in the UK, has continued to have a wealth of designer craftsmen and women working in a variety of different crafts across the county – textiles, ceramics, glass, precious and non-precious metal jewellery, wood, stone and metal work. The manual skills and dexterity, design and technical knowledge needed in crafts can also be important in industry and technology.  And of course, there is the production of unique and beautiful items which can be both useful and decorative.

Where to go in Oxfordshire to find crafts?

Many designer/craftsmen and women work alone or in small studios, and exhibit in a wide variety of venues.  The Oxfordshire Craft Guild which has existed for well over 30 years has a membership of 70 or so members. It supports designers/maker and requires a high quality of skill, originality and aesthetics from its members. It exhibits as the Guild at the Oxfordshire Museum, Woodstock from November to December for its Christmas show, at the Abingdon Craft Fair in November, at the Craft Markets in Broad Street, Oxford in April, September and early December. Also at the Town Hall, Chipping Norton during Artweeks and at the end of November. Individual members also exhibit at other fairs and exhibitions around the country, from their own studios and homes, or in museums (for instance the Ashmolean Museum) and shops (such as Arts and Craft on High Oxford) and all across the county and beyond.

In Oxfordshire, there are many galleries which not only sell art, but also craft items made by both the OCG members and other craftsmen and women. Craft items can be found in Oxford, and the county’s towns and villages. For instant, Banbury (Church Lane Gallery), Henley on Thames (Barn Gallery), Woodstock (Iona Gallery), Burford (Salt Gallery), Witney (Soto Gallery), Oxford (Sarah Wiseman Gallery and The Old Fire Station), Cornerstone Gallery at Didcot, and Aston Pottery (West Oxfordshire). These are just some examples of where craft items can be found.

There is great value in not only seeking out the objects themselves, but also in talking to the craftsmen and women and watching them demonstrate their skills when this is possible.

Designer/makers who are part of the Guild may be contacted directly via the Guild website (www.ocg.co.uk) which showcases their work.