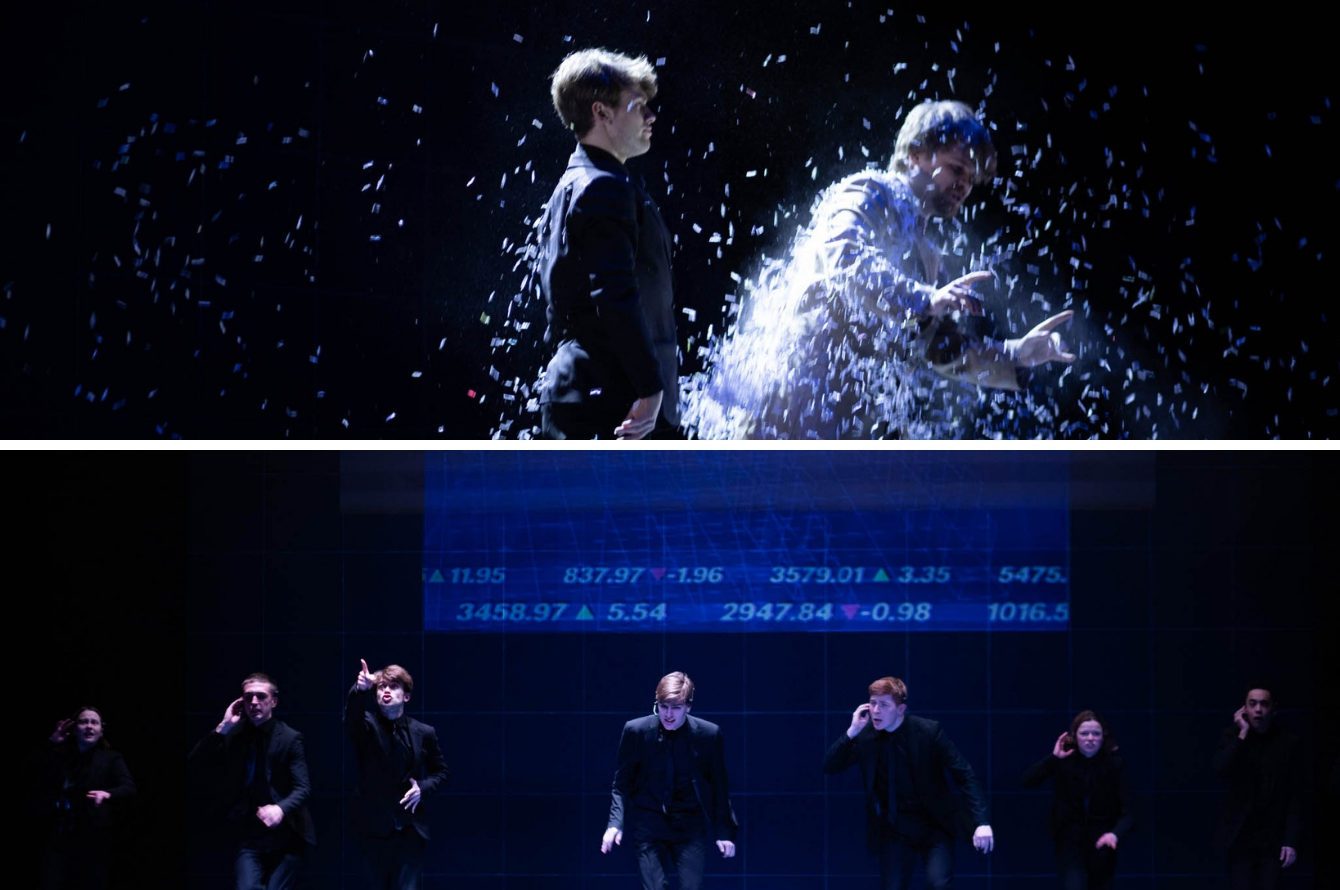 Sending waves across the economic world in 2001 as one of the largest scandals in corporate history, now the rubble of Enron’s collapse comes pulsing back to life in this thrilling student production. An escalating story of suspense and tension unfolds before the audience, as the play dives straight into the heart of the mechanisms that drove this corporation’s unparalleled, skyrocketing success – and its ultimate downfall.

Based on the true story of a company once revered as ‘America’s Most Innovative Company’, Enron tells the tale of Jeffrey Skilling, the pioneer of one of the most notorious business frauds in history. Driven by an insatiable, and deeply human, thirst for success, Skilling catapults his company Enron into a cut-throat, exponentially-ambitious market of trading in electricity, bandwidth and stocks, all the while concealing the copious amounts of debt the company incurs with his newly appointed Chief Financial Officer Andy Fastow.

What begins as a thrilling, sensational and scrupulous game of evasive business strategy soon devolves into an outrageous court case that ravages the livelihoods of over 29,000 people. All the dominoes collapse as the corporate world is left seeking the answer to one question and one question only: WHY?

This production, envisioned by innovative student director Emma Howlett, focuses on the timelessness of the crisis: almost twenty years after Enron’s collapse, the world is still dealing with the consequences. A dazzling cast will bring to life a creative repertoire that includes dinosaur puppetry, large scale physical theatre and an original score, bringing a tone that is both comedic and epic to this tale of power, money, greed and corruption.

This riveting play manifests the intrinsic drive to change the world in a potent and thrilling theatrical spectacle, and will leave audiences somewhere between howls of laughter and stunned si­lence at the lengths that this human ambition can take us to.

Tickets for Enron at Oxford Playhouse start at £10 and are available from the Ticket Office on 01865 305305 or book online at www.oxfordplayhouse.com.