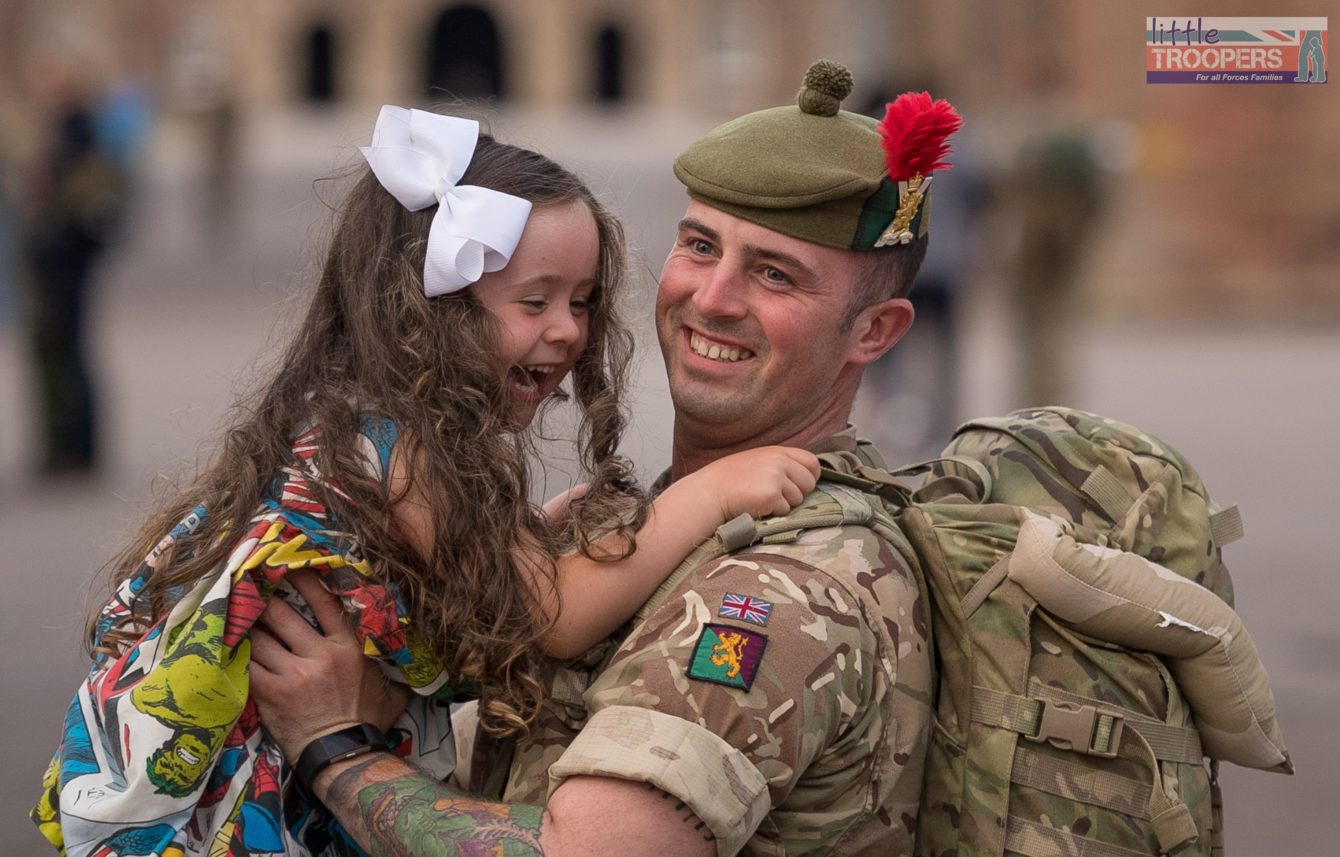 Children & Military Lives tells the stories of today’s service children (children of serving British Armed Forces personnel) and their experiences of living life in the military community, as well as the stories of children who become victims of war, experiencing the effects of military conflict – from Second World War evacuees to today’s refugees and asylum seekers.

With a focus on Oxfordshire people, our visitors can see and hear what living through conflict is like first hand, from recordings of evacuation memories to present day accounts from children who arrive in the county and experience a new culture here, processing their life experiences through art and personal stories.
To bring this exhibition to visitors, Soldiers of Oxfordshire Museum have partnered with two charities, Little Troopers and Brian McCarty’s War Toys.

Little Troopers, a charity which supports all children who have parents serving in the British Armed Forces, both regulars and reserves. will give visitors the opportunity to discover the stories and experiences of military children who have grown-up in the Armed Forces community. Explore how they cope with having their parents deployed overseas to different parts of the world; how they move house and school regularly, building friendships for what can be short periods of time; and how they cope with regular periods of separation from their serving parent(s) for varying lengths of time due to exercises, training, operations and other service commitments. Read and listen to their own reflections on what it’s like to have military parents as many of these young people start to consider their own adult lives.

SOFO Museum has also collected accounts from children of the 1950s to 2000s, whose parents were part of the British forces. Frequently these children experienced traveling across the globe following in their father’s footsteps; often giving them unique life experiences they never forgot.

Also included in the exhibition, the unique photo series War Toys by Brian McCarty, vividly brings to life the effects of war on children living in conflict zones around the world. Acting as their own art directors, children often living in refugee camps are given the opportunity to depict real scenes from their experiences using toys and the local terrain. The project invokes principles and practices of expressive art therapy to safely gather and articulate children’s accounts of war. Under the guidance of a specialized therapist and working through NGOs and UN agencies, boys and girls become art directors for narrative photos of locally sourced toys.

The resulting images are impactful and thought provoking; giving us all an insight into a world which is far removed from simply watching news programmes covering the camps in war zones across the globe. For many, as close as we get to experiencing what life is like for people living in, or fleeing, a home affected like this.