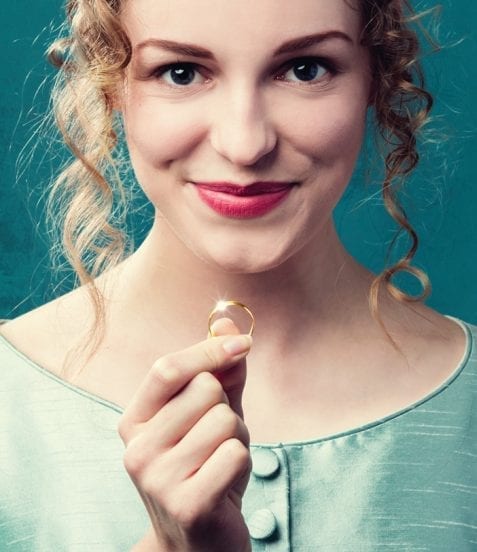 Young, bright and beautiful, Emma Woodhouse has the world at her feet. When the dashing Mr Elton comes to town she decides to take it on herself to perform the role of matchmaker for her new friend Harriet Smith. But to Emma’s great surprise, the more she tries to manipulate the destinies of others, the less success she has. And she herself, determined never to wed, is forced to face her own feelings and perhaps even dare to love another…

Romance, scheming and mistaken intentions, this new incarnation of Austen’s original rom-com will no doubt be a sublime adaptation in the hands of Colin Blumenau, who has lovingly restored a large repertoire of Georgian plays and stories over the last 20 years.

The tour will star Bethan Nash as Emma whose credits include Swallows and Amazons and London Road at the Bristol Old Vic and Phillip Edgerley as Mr Knightley, whose extensive appearances include a season in Sir Michel Boyd’s Long Ensemble company for the RSC and ITV’s Endeavour. They are joined by Nicholas Tizzard as Mr Woodhouse and Mr Elton ( Cabaret at the Savoy Theatre, War Horse & Coram Boy at the National Theatre), George Kemp as Frank Churchill (Ian Hislop’s The Wipers Times in the West End), Kate Copeland as Miss Bates (The First Man, Jermyn Street Theatre) and Hannah Genesius as Mrs Elton ( A Christmas Carol, London Barbican).

Joining them will be 2016 RADA graduate Polly Misch as Harriet, Rhys Jennings and Central School of Speech and Drama graduate Georgie Oulton will make her professional debut as Jane Fairfax.

Tickets for both events with Oxford Playhouse start at £11.50 and are available from the Ticket Office on 01865 305305 or online at www.oxfordplayhouse.com