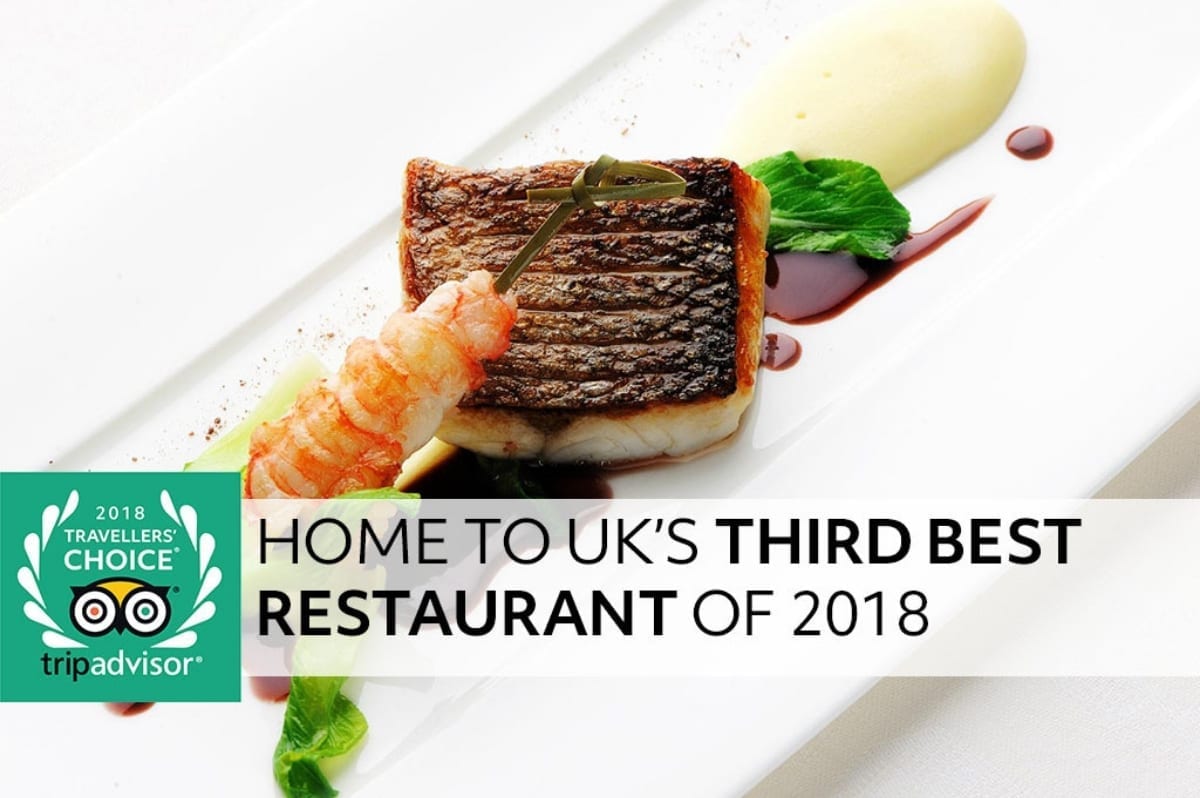 As well as finishing up third in the UK fine dining restaurants rankings, Raymond Blanc’s Belmond Le Manoir Aux Quat’Saisons is named eighth best in Europe and 15th in the world, one of three UK restaurants to feature in the world top 25.

Nottingham’s Restaurant Sat Bains takes the title of UK’s number one and fourth best-rated restaurant in the world, while Birmingham’s Adam’s claims second place in the UK, sixth in Europe and 11th in the world.

Oxfordshire home to UK’s third best restaurant
This year marks the sixth year in a row that Belmond Le Manoir Aux Quat’Saisons has featured in the top 25 restaurants in the world list.

The restaurant, which offers cuisine with a French flair using fresh, seasonal produce, was awarded two Michelin stars in 1985 and has held them ever since. Dishes on the menu include confit of smoked trout, cucumber, horseradish and dill and tiramisu flavours, cocoa sauce and coffee bean ice-cream.

Reacting to the award, Hayley Beer-Gamage, CEO Experience Oxfordshire said, “Experience Oxfordshire would like to congratulate Belmond Le Manoir aux Quat-Saisons on being recognised so highly in this fine dining category, they are extremely valuable partners of ours and it is of no surprise to us that they have been rated so highly. The quality of food and service at the property is exceptional and stands out as true luxury across our Oxfordshire portfolio. It is also fantastic that they have been rated so highly not only nationally but also across Europe and globally as well – this is well deserved recognition of their outstanding offer. We would encourage people to try it for themselves – an experience not to be missed. “

Strasbourg boasts the world #1
The coveted title of number one restaurant in the world goes to Au Crocodile in France. Located in the city of Strasbourg, the restaurant holds a Michelin star under its head chef, Franck Pelux. Dishes on the menu include roasted fillet of venison, beets and pepper sauce, pike perch poached, potato mousse and sauerkraut extraction and sea bream in a bread crust, candied celeriac and smoked beurre blanc.

The Travellers’ Choice Awards honour travellers’ favourite dining establishments worldwide, based on the millions of valuable reviews and opinions on TripAdvisor. Award winners were determined using an algorithm that took into account the quantity and quality of reviews for restaurants around the world, gathered over a 12-month period.

Taking the UK’s top spot is Edinburgh’s Makars Gourmet Mash Bar (Mound), serving up variations of the ultimate comfort food – mash potato! Just a short stroll to Edinburgh Castle and the Royal Mile, Makars Mound is blessed with incredible views. Dishes on the menu include wild boar sausage with onion gravy and slow cooked beef skirt with mushrooms and rich dark gravy. There are no less than eight different mash options available, including Scottish cheddar and chive, creamed horseradish and black pudding.

“Achieving a world winner award in the Travellers’ Choice for Restaurants awards is no mean feat. The fact that that Belmond Le Manoir Aux Quat’Saisons has held onto a world top 25 title for six years running highlights the consistently high standards that the team continues to deliver year after year,” commented TripAdvisor spokesperson, Hayley Coleman.

To view the full list of 2018 Travellers’ Choice award-winning restaurants (live with the new winners as of Tuesday 4th), visit: https://www.tripadvisor.co.uk/TravellersChoice-Restaurants.