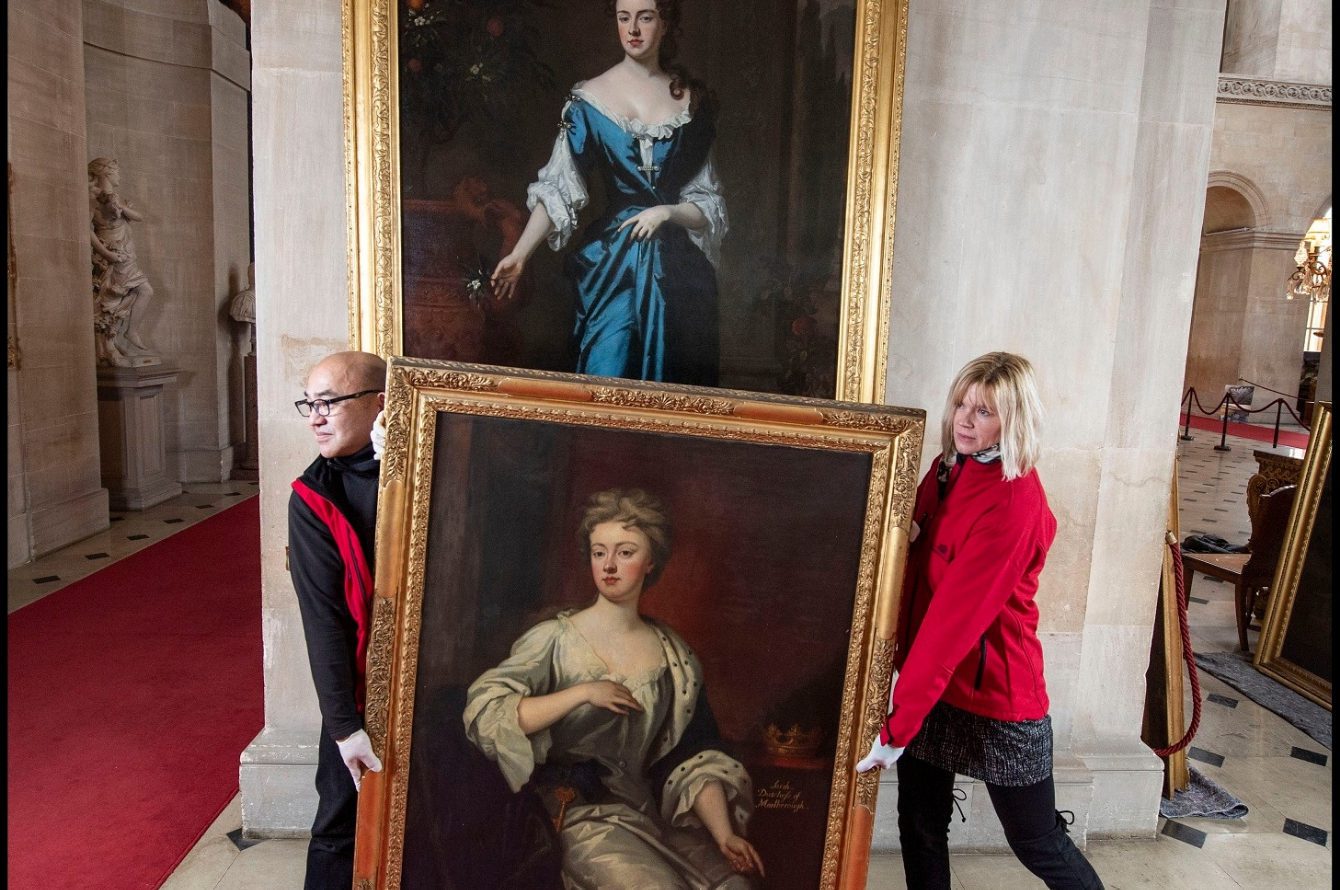 Blenheim Palace’s annual deep clean has temporarily reunited the real characters behind the Oscar-tipped ‘The Favourite’.

The film, which has already won a Golden Globe award for Olivia Colman, depicts the tumultuous relationship between Queen Anne and Sarah Churchill, the First Duchess of Marlborough, who helped build the Palace in the 18th century.

Portrayed by Rachel Weisz in the film, Sarah, along with her husband John Churchill, played by Mark Gatiss, enjoyed a mercurial relationship with the queen who both gifted them the land and the money to build Blenheim Palace and also stripped them of their official roles.

Paintings of both the Queen and Sarah have been brought together in the Great Hall of the UNESCO World Heritage Site in order to allow a team of specialist cleaners to undertake their annual pre-season ‘deep clean’.

In addition to the portraits, a magnificent life-size statue of the queen by renowned sculptor John Michael Rysbrack and commissioned by Sarah after her death, is also undergoing a thorough clean.

In 1735 Sarah wrote: ‘I am going to Rysbrack to make a bargain for a fine statue of Queen Anne, which I will put up in the bow window room with a proper inscription.

It will be a very fine thing and though but one figure will cost me £300, I have a satisfaction in showing this respect to her, because her kindness to me was real.

And what happened afterwards was compassed by the contrivance of such as are in power now.’

The extraordinary original official document from the queen bestowing the land to build the Palace, complete with her picture and magnificent seal, has also been taken out of the archive to undergo a condition inspection.

Sarah Churchill was a highly complex and extremely influential figure in the early 18th century and had a very close bond with the queen. Their friendship deepened when Anne was crowned queen in 1702 and made Sarah Mistress of the Robes, Keeper of the Privy Purse and Groom of the Stole.

Sarah and Anne had known each other since childhood and were clearly on extremely good terms. However their major falling out is most likely to have been based on political, rather than deeply personal, reasons.

Both the Queen and Abigail Masham, played by Emma Stone in the film, were Tories while Sarah aligned herself with the Whig party which supported her husband, the First Duke’s, role in the War of the Spanish Succession.

The entire Palace cleaning process takes six weeks with a team of up to 10 people working daily.

Staff use a variety of tools from museum vacuum cleaners with HEPA filters to natural bristle brushes such as hogs’ hair or pony hair, depending on the object we are cleaning.

Polishes are kept to a minimum, as they can build up over time and no aerosol sprays are allowed. Stubborn dirt is removed by distilled water.