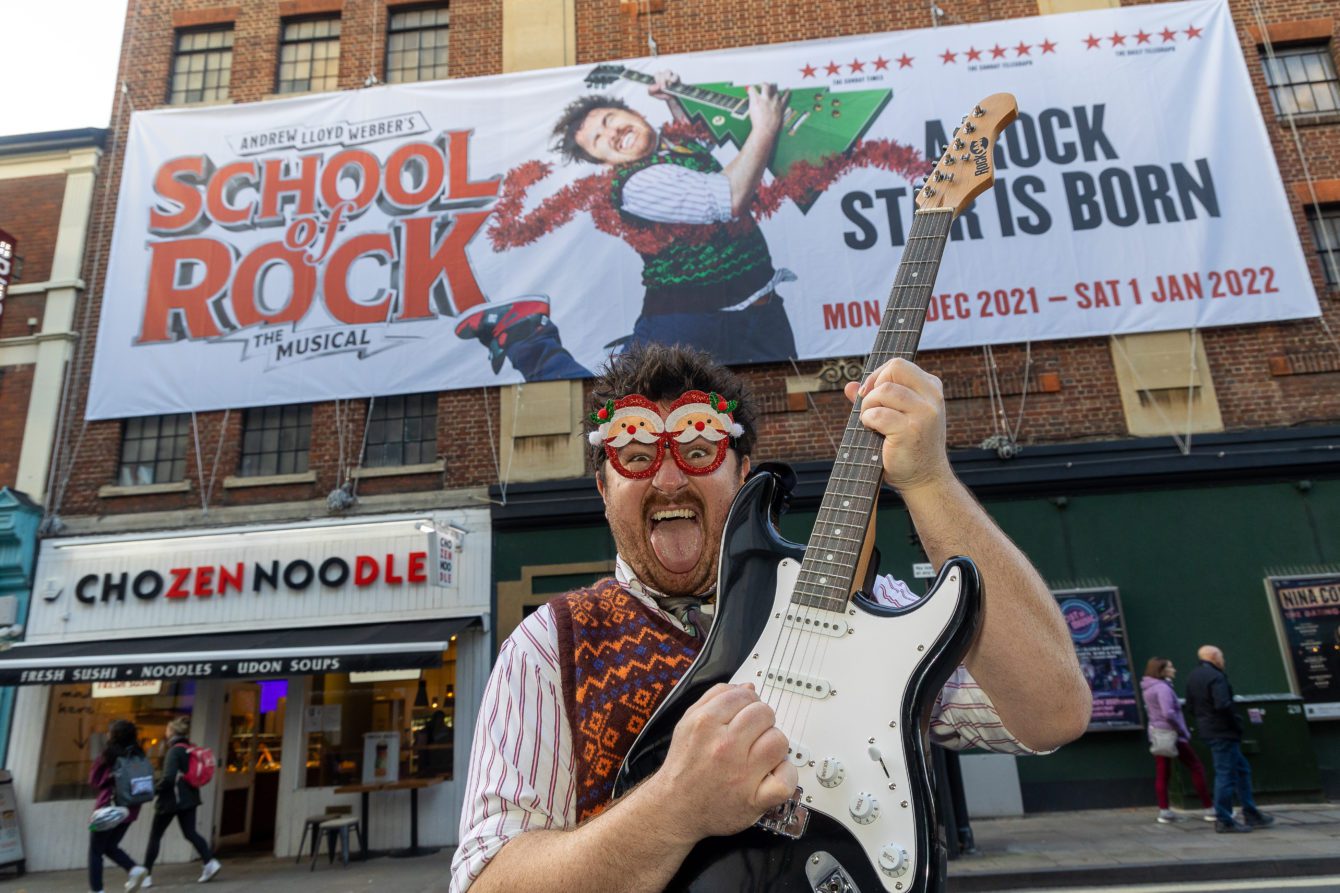 Jake Sharp is getting the band back together as it is confirmed that he will lead the cast as Dewey Finn having previously performed the role in the West End. Alex Tomkins will perform in the role at certain performances. They are joined by Rebecca Lock as Rosalie Mullins, Matthew Rowland as Ned Schneebly and Nadia Violet Johnson as Patty Di Marco. The remaining adult cast comprise Ryan Bearpark, James Bisp, Joanna O’Hare, Samuel Haughton, Tom Hext, Harveen Mann, Richard Morse, Annell Odartey, Amy Oxley, Helena Pipe, Michaela Powell, Richard Vorster and Craig Watson.

‘A FOOT-STOMPING, DELIRIOUSLY ENJOYABLE FABLE OF FREEDOM AND FUN’
THE SUNDAY TIMES

‘THE MOST ENJOYABLE FEW HOURS MONEY CAN BUY’
THE DAILY TELEGRAPH

Based on the hilarious hit movie, this new musical follows Dewey Finn, a failed, wannabe rock star who decides to earn a few extra bucks by posing as a substitute teacher at a prestigious prep school. There he turns a class of straight-A students into a guitar-shredding, bass-slapping, mind-blowing rock band – sensationally performed live by the production’s young actors every night with roof-raising energy! While teaching these pint-sized prodigies what it means to truly rock, Dewey falls for the school’s beautiful, but uptight headmistress, helping her rediscover the wild child within.

School of Rock- The Musical debuted at Broadway’s Winter Garden Theatre in New York in 2015, and ran for more than three years, picking up four Tony nominations along the way. It transferred to London in late 2016 and ran for over three year at the New London Theatre, winning an Olivier Award for Outstanding Achievement in Music.

For the production’s first UK and Ireland tour, Christopher Key takes the reigns as Associate Director, Maria Graciano as Associate choreographer and Musical Supervision is by Matt Smith. Adam Fisher and Stuart Porter complete the team as Associate Sound and Lighting Designers.

The UK & Ireland Tour of School of Rock – The Musical is produced by David Ian for Crossroads Live by arrangement with the Really Useful Group.

It is also now operating a contactless ticketing system, with eTickets being issued to customers within two weeks of their performance date. This change allows the theatre to increase hygiene, as well as improve the overall booking experience.

Customers can also book with confidence knowing should there be any further suspensions, tickets will remain fully valid for exchanges or refunds. For a full list of upcoming performances, or to book, log on to www.atgtickets.com/oxford

Ambassador Theatre Group has a comprehensive framework of control measures that Theatre Operators follow to ensure all venues comply with the requirements set out by UK Government and Health Authorities to be Covid-Secure, thus ensuring the safety of staff, production companies, third parties and audiences.
Once audiences have purchased their tickets, they are contacted just ahead of their visit to confirm the details of what they can expect, so that they can be confident that the venues will be operating in accordance with the most up-to-date guidelines (including eTickets, refreshments delivered to seats, contactless payments, hand sanitiser stations and, where required, controls to support social distancing and the use of face coverings).

Ambassador Theatre Group venues are now operating a contactless ticketing system. eTickets are now the primary and default delivery method for all bookings and are sent to customers within two weeks of their selected performance. The design allows ATG to detail door entry points, staggered entry times and any Covid safety guidelines as appropriate. Audiences simply show the eTicket on their mobile device, or bring along a print out. This change is a necessary step in increasing safety and hygiene and improving the overall booking experience in ATG’s venues.