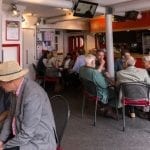 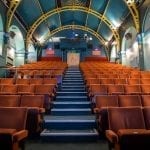 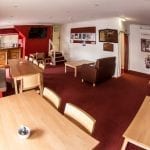 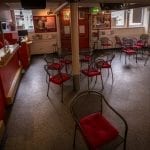 Occupying a commanding position in the much-loved town of Wallingford, the Corn Exchange is run entirely by unpaid volunteers and is a vibrant and thriving centre for the enjoyment of arts, theatre, cinema, and entertainment. Its resident amateur theatre group, the Sinodun Players, enjoys a high reputation and performs at least four plays annually plus a pantomime in January attracting over 3,000 customers. The cinema, with its full Dolby 5.1 Digital Surround Sound, shows first-run films as well as live screenings transmitted by satellite from London theatres, the Royal Opera House, the National Theatre and Glyndebourne. There is a bar and coffee and cake are served on Friday and Saturday mornings.

The Sinodun Players enjoy a close connection with Dame Agatha Christie, who was President of the Society from 1951 – 1976 whilst a resident of the town. More recently, the Corn Exchange was one of the first locations for the popular TV series Midsomer Murders and regularly welcomes visitors from as far afield as Scandinavia, who are huge fans of the show.