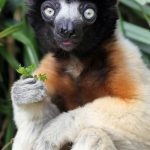 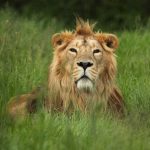 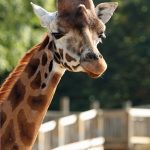 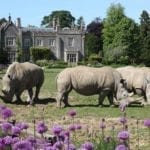 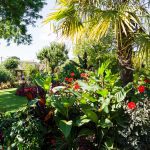 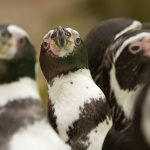 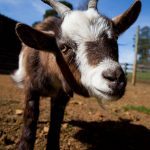 A fantastic day out for all the family. Stroll around the Cotswold Wildlife Park & Gardens, enjoying uninterrupted views of the animals, so it feels as though you are in a wild setting. Watch the daily Lemur & Penguin Talks, take a ride on Bella the Train (extra cost) or explore the large adventure playground, with treehouses and slides.

Cotswold Wildlife Park & Gardens is home to more than 260 species of animals and 120 acres of beautiful parkland. Watch Rhinos graze on the lawns in front of the Gothic Manor House. Walk up the Giraffe walkway and get eye-to-eye with these amazing creatures or explore the Old Walled Garden’s Tropical House with free-roaming sloths, birds and bats. Watch the Penguin’s being fed (daily at 11 am & 3 pm) and walk with Lemurs in their free-roaming Madagascar Exhibit.

Undercover viewing areas by the Giraffes, Wolves and Wolverines.

Stephen Lacey (Daily Telegraph) described the exotic planting in the Old Walled Garden as “amongst the best in Britain.”

Park Opens at 10 am every day except Christmas Day.

Last admissions between March to September are at 4 pm; October to February 3 pm.

During BST (British Summer Time) all visitors to leave the Park by 6 pm. During Winter time they close at dusk.