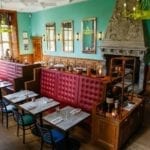 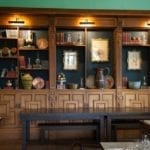 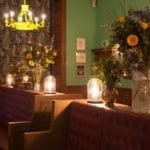 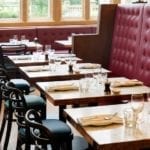 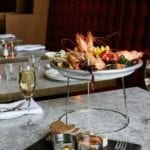 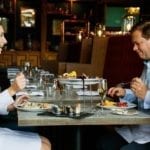 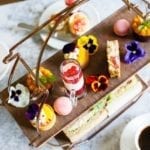 One of Oxfordshire’s great country houses, Eynsham Hall is set in almost 3,000 acres of rolling parkland in the heart of the breath-taking Oxfordshire countryside, offering stately charm, without the stuffiness, uniquely mixing period features with a twist of modern design.

The Brasserie features bespoke banquette seating with industrial copper accents – a nod to the Mason family, who built the Hall in 1908 and made their fortune from copper mining.  A warm glow from bespoke lamps creates a welcoming and homely atmosphere in a room that was originally designed for highly competitive family snooker tournaments.

The food is uncomplicated and unrushed. The menu features seasonal British food, sourced from local farms and suppliers, including pork from nearby Kelsmcott Farm and cheeses and chutneys from local artisan producers.

Situated amongst 3,000 acres of rolling parkland, Eynsham Hall near Witney is a boutique country house which offers stately charm without the stuffiness. Conveniently located on the edge of Oxfordshire and the Cotswolds, Eynsham Hall makes the perfect base for those who want to stay and explore the gorgeous countryside, as well as having the nearby convenience...

Expect classic treats with an Eynsham twist as traditional jam and scones are served alongside delicious smoked salmon, lemon cream cheese fingers, and chocolate coconut. Served in the Brasserie, which was once the Mason family’s billiard room, or the south-west facing Champagne terrace; enjoy this lovely afternoon tea with or without Champagne. You’ve no need for supper!...