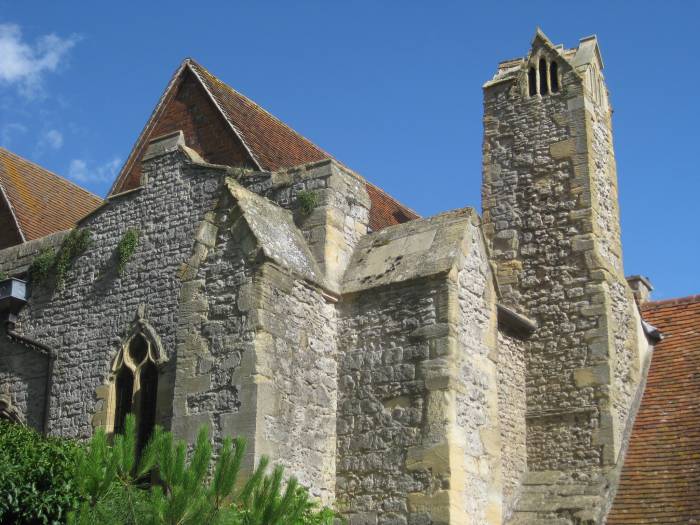 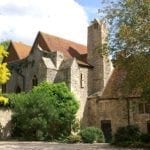 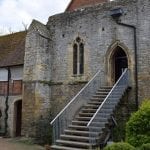 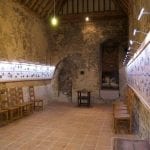 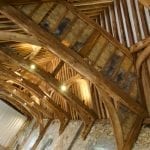 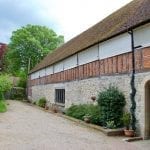 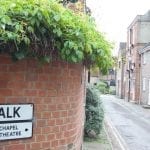 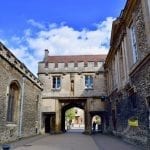 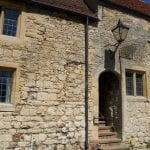 Abingdon was dominated by the great Benedictine Abbey – the same size as Westminster Abbey. Nothing above ground remains of the Abbey Church now but its outline in Abbey gardens can still be seen. Many of the Abbey buildings do still exist.

The beautiful medieval buildings are more than 600 years old, set in their own private walled gardens and with a mill stream running alongside.

The buildings are a scheduled ancient monument, once part of Abingdon’s famous Abbey, and are full of history and unique in character.

The Long Gallery is one of the few surviving buildings of the great medieval abbey of Abingdon. Recent tree-ring dating has established it was built in 1455, and the quality of the carpentry shows it was intended as a high-status building. The ground floor was probably a stable or store-room, while above were two large heated chambers, with three ante-rooms at the west and a single chamber and staircase at the east. It was probably a guesthouse for visitors as the layout is similar to lodging ranges at other monastic foundations and great houses, with rooms leading off a covered passage. The partitions had been removed before 1547, allowing it the space to be described then as a ‘longe gallery’.

The inscribed portcullis, badge of the Beauforts, on the fireplace lintel opens the possibility that this is where the Earl of Devon or his entourage stayed in 1458 and where he died. The earl was a prominent participant in the Wars of the Roses, and his death was suspiciously sudden.

Following the Dissolution, the building was acquired by William Blacknall, a miller, who may have created the domestic apartment (with fireplaces and wall-painting) at the east end, while the rest of the building was used for his business. It was used later for malting and brewing. This use continued until the end of the nineteenth century when it was purchased by the Corporation, repaired and opened to the public. In the 1940s it was acquired by the Friends of Abingdon.

The Unicorn Theatre is inside a multi-phase stone-built structure inserted lengthwise into a space between two earlier buildings, the Checker of about 1260 to the east and the abbey barn (later bakehouse) to the west. Sometimes known as the Checker Hall, its roof is butted against the two existing gable walls at either end. It was rebuilt with an impressive roof in the fifteenth century, probably for domestic use. It seems to have been used as a granary in the period before the Dissolution, but probably returned to domestic use thereafter and by the nineteenth century was three cottages.

In the 1940s it was acquired by the Friends of Abingdon. The theatre conversion dates from 1952-3, the stage and gallery conforming to Elizabethan designs interpreted by Christopher Ellis, a teacher at Radley College.

It is now open to the public for theatre performances.

The Buildings are now in care the of Friends of Abingdon.

The Abbey Buildings are open to the public from May 1 to September 30, between 2 pm and 4.30pm on Wednesdays, Thursdays, Fridays and Sundays. If you would like to visit at other times, please contact the Curator on 01235 525339 or 07389 063158, who will let you know if it is practicable. Special arrangements, including guided tours, are possible for group visits. The Unicorn Theatre and other parts of the buildings are also available for hire.

Abingdon-on-Thames is a market town that still enjoys the unique atmosphere of a lively market and our town centre boasts one of the most fit-for-purpose Market Places in the country. Monday Market By Royal Charter Monday is the town's traditional market day with a wide variety of quality produce and goods available weekly. It is one of...

The County Hall has dominated the marketplace of Abingdon, south of Oxford, since the late 17th century. Designed by a protégé of Sir Christopher Wren, this splendid Baroque building was erected between 1678 and 1682. It housed a courtroom on the first floor, raised on arches above a market space. It is now home to the Abingdon...

Walking and Cycling in Abingdon

Nestled in the heart of Oxfordshire, Abingdon is surrounded by beautiful countryside. The beauty spanning right from the town centre with historic walks, gardens, meadows and parks, right out to waterside walks and strolls along the Thames. There are so many beautiful walks to choose from, a gentle stroll or a more challenging trek Abingdon has it... 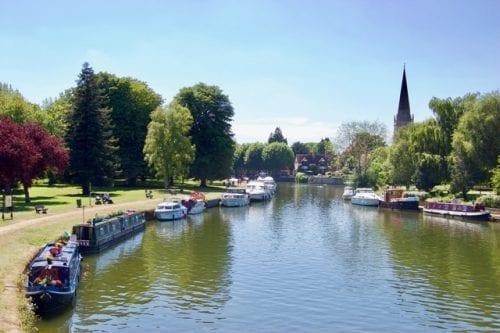