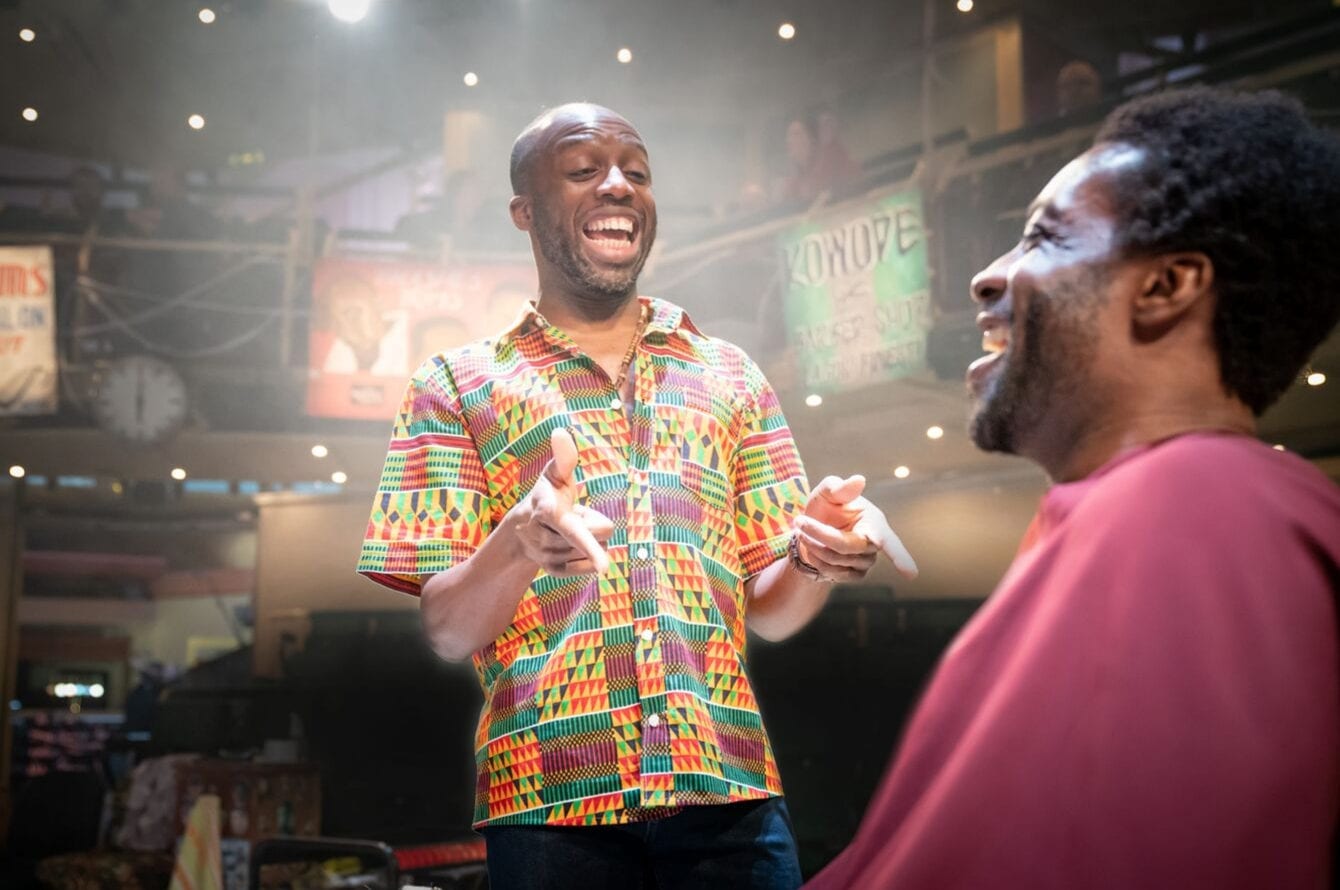 Newsroom, political platform, local hot-spot, confession box, preacher-pulpit and football stadium – for generations, African men have gathered in barber shops to discuss the world. These are places where the banter can be barbed and the truth is always telling.

Directed by Olivier award-winning Bijan Sheibani, Barber Shop Chronicles is a heart-warming, hilarious and insightful new play that leaps from a barber shop in Peckham to Johannesburg, Harare, Kampala, Lagos and Accra over the course of a single day.

Barbert Shop Chronicles is a co-production between Fuel, the National Theatre and Leeds Playhouse. Kate McGrath, Director of Fuel Theatre, and Inua Ellams met in 2008, after Kate saw what became Inua’s first theatre show, The 14th Tale, at Battersea Arts Centre. Fuel helped Inua develop his debut play and produced it, premiering it at the Edinburgh Festival Fringe, winning a Fringe First, touring it in the UK and internationally and presenting it at the National Theatre.

Kate McGrath said: “Everyone at Fuel is thrilled about this tour. We are hugely proud of this joyous and soulful production of Inua’s important and life-affirming play. We are particularly excited, given Fuel’s deep and longstanding dedication to national touring, to be working in partnership with a really strong range of venues and partners across the UK to bring this show to the widest possible audience around the country.”

Tickets for Barber Shop Chronicles at Oxford Playhouse start at £10 and are available from the Ticket Office on 01865 305305 or book online at www.oxfordplayhouse.com .