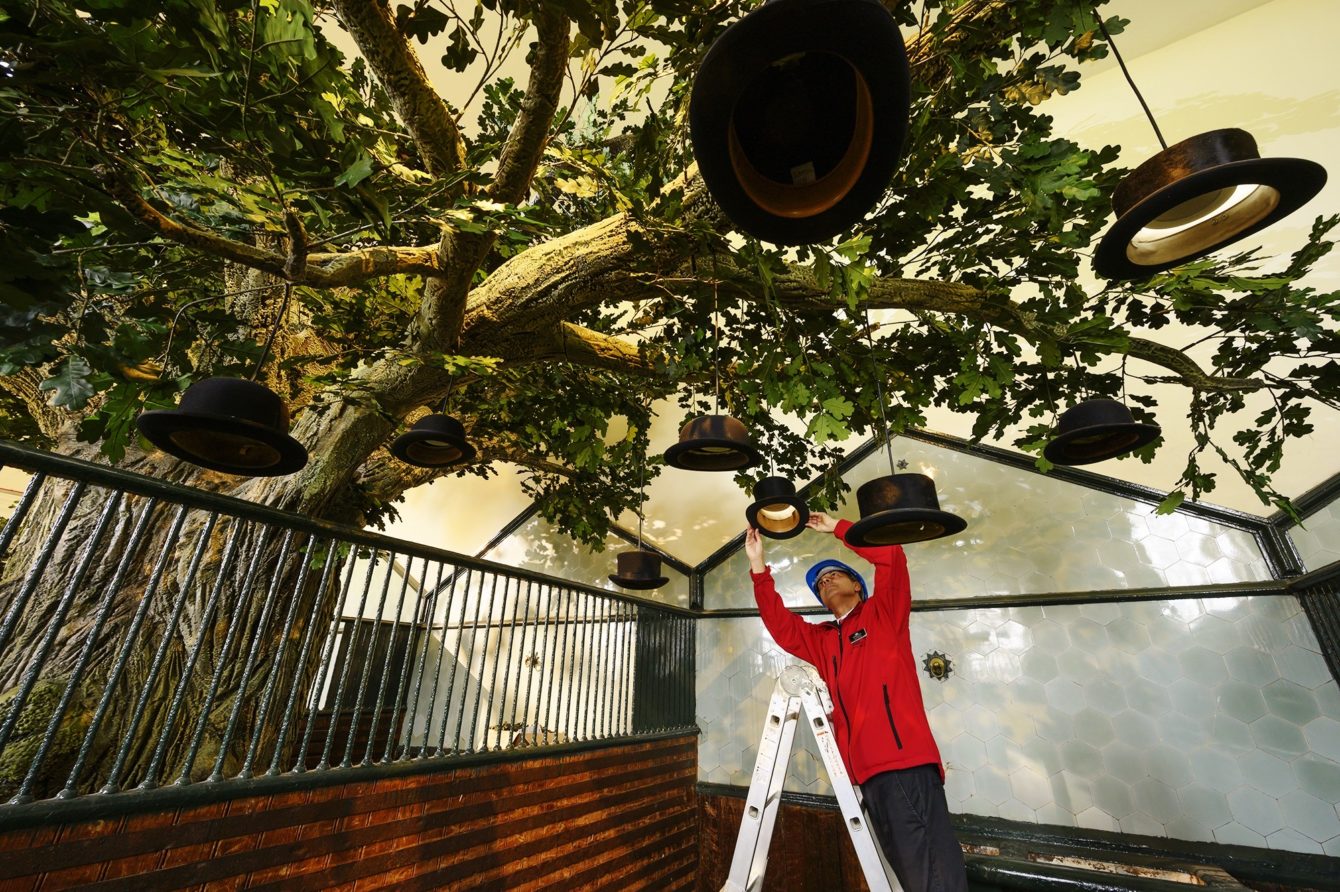 Work is nearing completion on a major new exhibition highlighting the crucial role horses have played throughout Blenheim Palace’s history.

The new feature is set within the Palace’s ornate stable block and is part of a series of new features set to open at the Oxfordshire UNESCO World Heritage Site later this year as part of a £1.9m investment programme.

Part of the exhibition features a full size recreation of one of the Oxfordshire estate’s ancient oak trees hung with bowler hats, top hats and dressage hats.

All three were worn when out riding, from the Victorian period onwards, and are still used today at competition level. Gamekeepers also wore bowler hats supposedly to protect their heads from low hanging branches.

Other displays include a recreation of the original tack room, complete with vintage saddles and riding equipment, the stable office and an area where live horse displays can take place, as well as the chance to attempt to ride sidesaddle.

One of the stables will include a life-size model inspired by Winston Churchill’s childhood pony Rob Roy, complete with miniature bridle. Churchill was born at the Palace and spent much of his formative years there.

The area will also highlight the key role the wider estate – including its ancient woodland, royal hunting lodge and ‘Capability’ Brown landscaped parkland – has played in Blenheim’s continued success.

The Palace is also launching a brand new exhibition based on Churchill’s lifelong association with Blenheim. As well as being his birthplace, his uncle was the 8th Duke of Marlborough, it is where he proposed to his wife Clementine and spent much of his leisure time. He is also buried in a small churchyard on the edge of the estate.

A new art-themed restaurant and café is also set to open as part of the new attractions, which will feature a touchless ordering app.

Set in over 2,000 acres of ‘Capability’ Brown landscaped parkland and designed by Vanbrugh in the Baroque style, it was financed by Queen Anne, on behalf of a grateful nation, following the first Duke of Marlborough’s triumph over the French in the War of the Spanish Succession.