Last Chance to see 1066: A Medieval Mosaic Exhibition in the UK this May 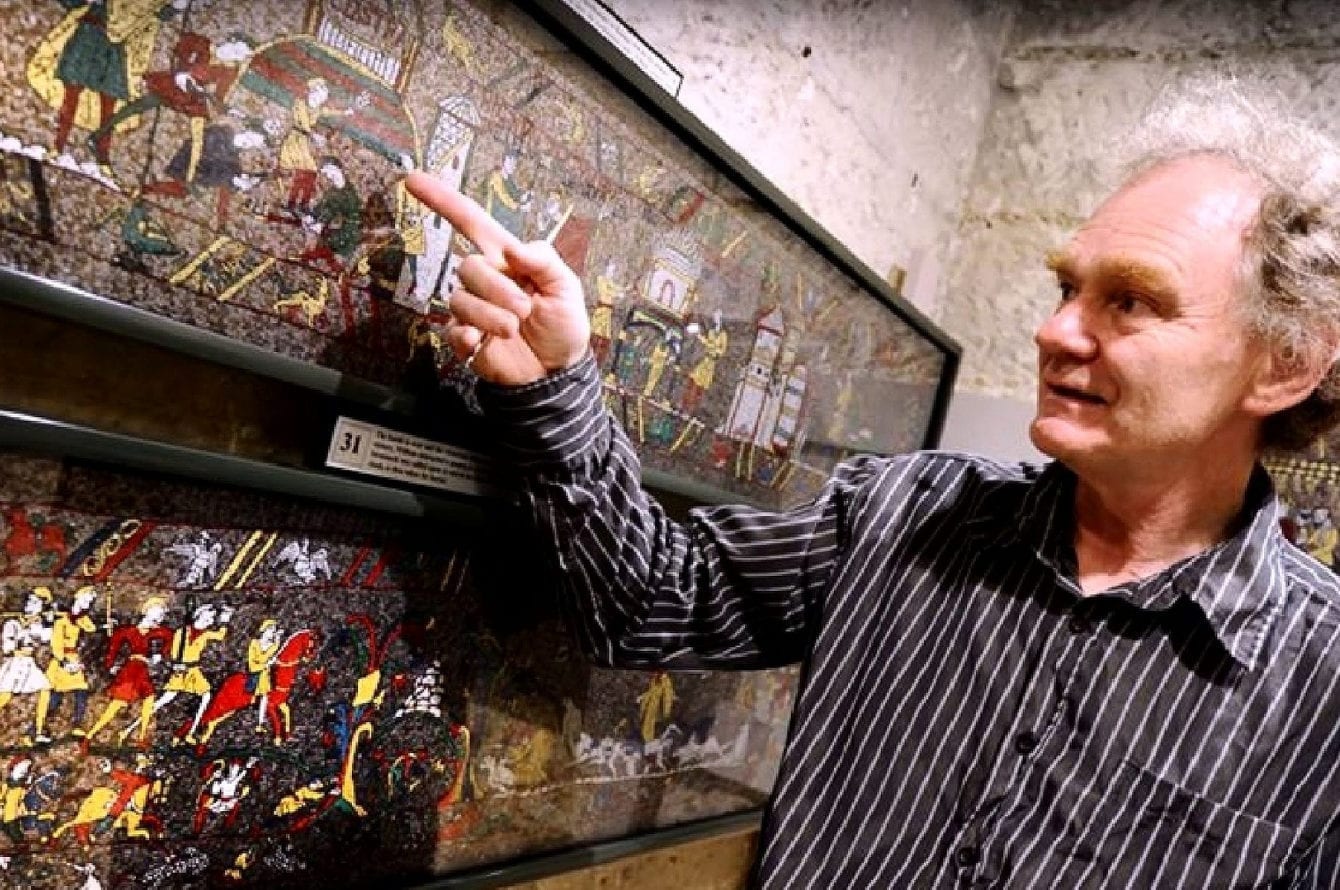 1066: A Medieval Mosaic, the Guinness World Record-winning exhibition which has toured a number of locations in the UK before arriving at Soldiers of Oxfordshire Museum (SOFO Museum), Woodstock, is coming to an end on 27th May 2019.

The end of its current exhibition will likely be the last time the piece is on display in the UK, as it will return to New Zealand with its creator, Michael Linton.

The mosaic took Michael 33 years to complete after he started work on the piece in 1979. Made from 33 million individual pieces of spring steel, the mosaic now measures 64 metres long and weighs 350kg. This earned 1066: A Medieval Mosaic the title of the world’s largest steel mosaic and a place in the Guinness Book of World Records.

The mosaic re-creates the entirety of the original Bayeux Tapestry, including the depiction of the Battle of Hastings, but also expands on it with additional historic scenes. In 2005 Michael added an 8 metre ‘Finale Section’ which depicts events leading up to the crowning of William the Conqueror on Christmas Day 1066.

In 2012, a further 22 metre section was added to cover the Battle of Fulford and the Battle of Stamford Bridge. These added scenes bring this rec-creation close to twice the length of the real Bayeux Tapestry.

While SOFO Museum typically charges an admission fee, it will also celebrate Heritage Open Days this year by opening its doors free of charge on Thursday 6th and Thursday 13th September 2018. Visitors to these Open Days can see not only the Bayeux Tapestry mosaic, but also all of the museum’s permanent exhibits.

SOFO Museum is open Tuesday – Friday 10am to 5pm, Saturdays 11am to 5pm, and Sundays and Bank Holiday Mondays 2pm to 5pm. Changes to regular opening times are always added to the museum website.