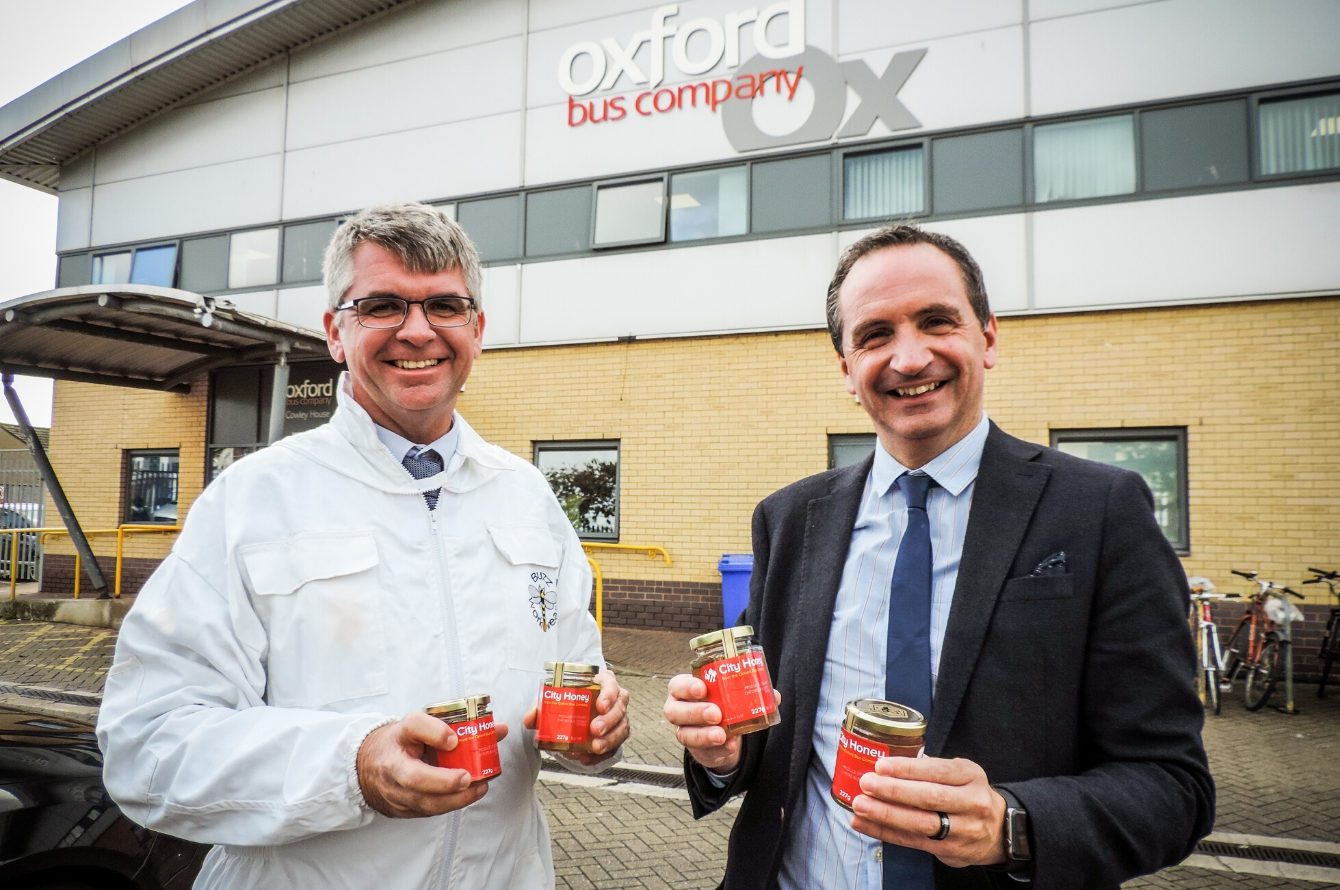 We’re not pollen your leg.

Best known for keeping Oxfordshire moving, the Oxford Bus Company has turned its hand to producing honey. Bus driver and beehive enthusiast Barry Duke has produced a tasty batch of ‘City Honey’ from a hive tucked away behind the bus-wash at its Cowley House depot on Watlington Road.

Barry set up the beehive two years ago as part of Oxford Bus Company’s commitment to biodiversity. Following a season of bad weather, the hive did not produce a crop in its first year. But thanks to a consistently warm spring and summer the colony turned into a hive of productivity this year.

The result? 29 jars of fine, ultra-locally produced honey. They are on sale at Cowley House at £4 a jar, with all proceeds going to Oxfordshire charity Maggie’s, which offers support to people with cancer and their loved ones.

Phil Southall, Oxford Bus Company Managing Director, said: “This is a wonderful on-going project led by our colleague Barry. As a beehive enthusiast he asked if he could set up a hive at the depot and we welcomed the plan.

“As a company we’re committed to being socially responsible and embracing ways to enhance the environment and this is a great initiative. It’s also good to be able to support Maggie’s, a vital local charity which Barry decided to back via this project.”

The honey tastes fantastic and is the talk of the depot, I hope there will be plenty more to come in the future.”