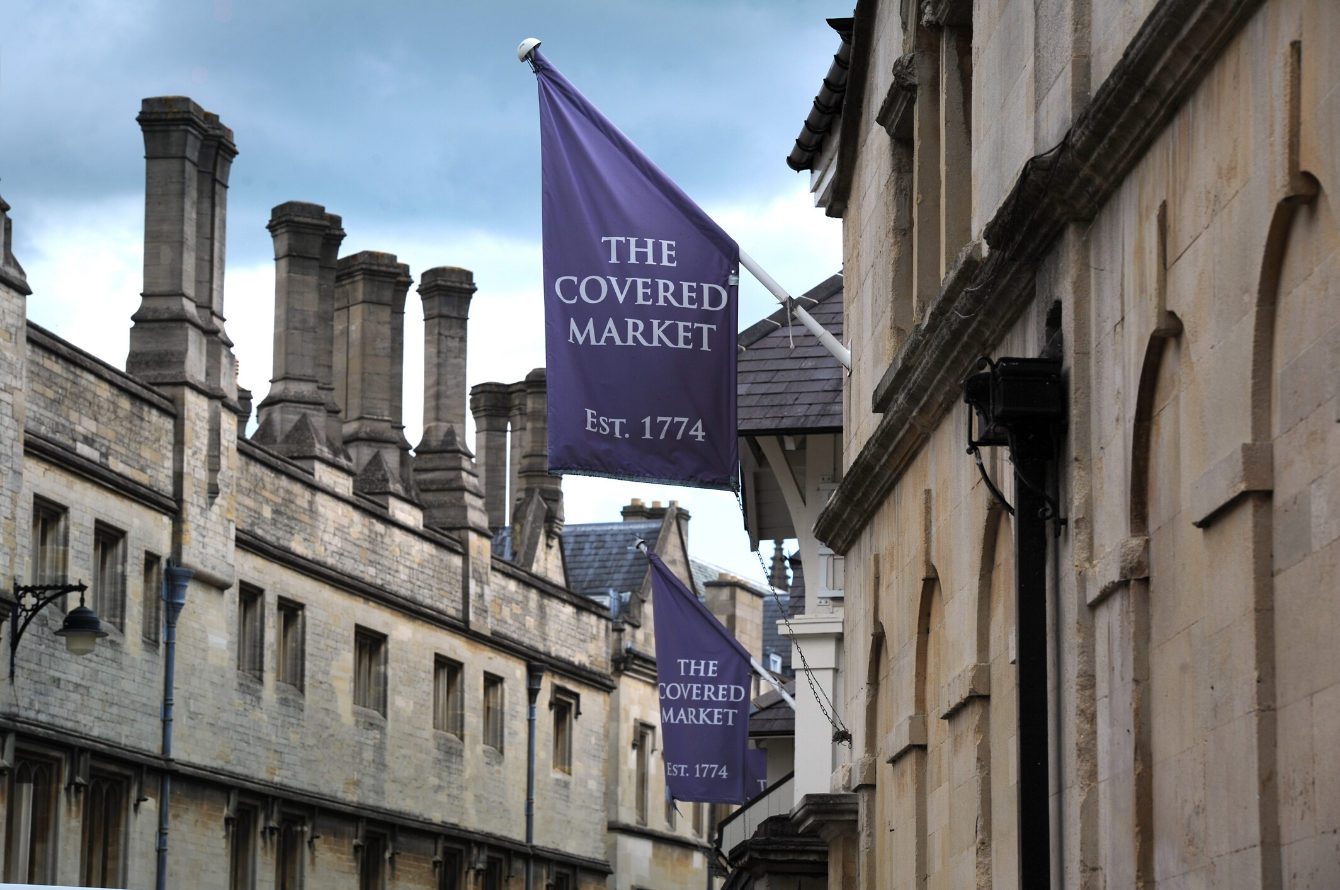 In the run-up to Christmas, all 61 of the available units in the 18th century market – which is operated by Oxford City Council – will be occupied.

The new openings are:

The Garden and Wicked Chocolate opened on Friday (1/11); Rewind and Changos will open this month (November).

On top of this, the Covered Market’s Christmas lights and Christmas tree will go up from Sunday 10 November. The lights will be switched on as part of the Christmas Light Festival on 15 November.

Over the last year a series of new traders have opened in the Covered Market, including:

Two units are not currently being let because they are under redevelopment:

There are currently 63 units in Oxford Covered Market. Once the work on the former Lindsey’s unit is complete there will be 65 units; if the former McCarthy’s unit is also split this could see the number of units increase to 67.

Oxford City Council is investing £3.1m into the Covered Market, which is Grade II-listed, to secure its long-term future. The investment includes £1.8m to secure the roof for another 60 to 80 years, and £1.3m for internal refurbishment.

Part of the £1.3m of funding has been used over the last year to split vacant units to meet the needs of new traders. Pershore Seafoods, Teardrop, Oxford Soap Company and Fedele of Oxford have all opened in split units.

The City Council’s aspiration is to transform the Covered Market to improve the entrances and facades in Market Street, High Street and the Golden Cross; make more of the communal spaces in the market; improve the existing units to enable more flexible and shared uses; and improve the market’s servicing.

The City Council is now looking at funding options and aims to produce the first iteration of the transformation proposals – known as a masterplan – by the end of 2020.

The wider goal is to create an Oxford Market Quarter of small, independent traders, including the Covered Market and the surrounding sections of Market Street, Turl Street, High Street and the Golden Cross.

Oxford Covered Market, which first opened in November 1774, sells food, gifts, shoes, fashion, flowers and jewellery, and the market provides a unique showcase for the very best in local crafts, food and drink.

“I am delighted that Oxford Covered Market is full in the run-up to Christmas.

“There is a real buzz to the market at the moment, with dynamic new traders offering exciting wares and the City Council investing millions of pounds to secure the market’s future.

“If you haven’t visited the market for a while, you should pop in – and buy your Christmas presents or weekly food shop from Oxford’s local, independent traders.”