Paintings and Portraiture at Blenheim Palace 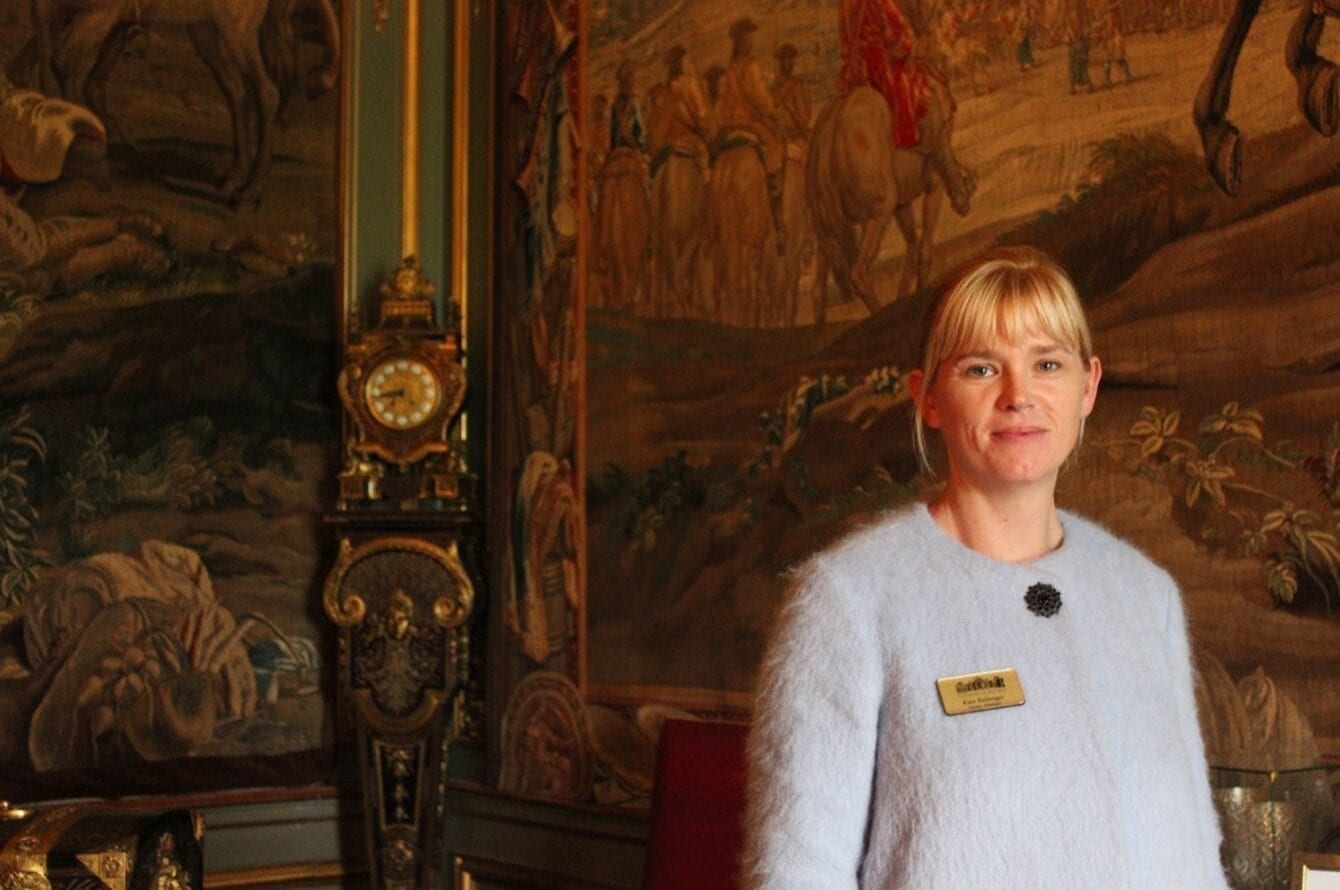 Discover 300 years of history and heritage at Blenheim Palace as you view their stunning collection of paintings and portraiture in the State Rooms and Private Apartments.

Home to the Dukes of Marlborough since 1704, the UNESCO World Heritage Site was a gift from Queen Anne, and a grateful nation following victory at the Battle of Blenheim.

Kate Ballenger, Head of House and Collections, has selected her 10 favourite paintings for visitors to look out for as they tour the State Rooms and the Private Apartments.

Henri Fantin-Latour was a French painter and lithographer. Famous for his still-lifes and portraits, he was rooted in the tradition of the realistic manner of the old masters, but his style placed him amongst the impressionists. Fantin’s many lithographs and paintings were inspired by imaginative themes and a romantic nature.

Located in The Smoking Room in His Grace’s Private Apartments

Stubbs, born in Liverpool and entirely self-taught, is widely considered the greatest animal painter of the eighteenth century. The tiger is one of the finest examples of his work.

The tiger (which is in fact a tigress) was presented to the 4th Duke of Marlborough in 1762 by Lord Clive, the Governor of Bengal. It was installed in the Duke’s menagerie in the grounds of Blenheim Palace in 1763. A butcher’s bill for that year includes meat for the tiger; 24 pounds of beef was delivered every two to three days at three shillings a time. Sometimes the butcher also delivered a head to keep the tiger entertained. It is rather less than half size in the portrait: an adult tigress would measure about 6 feet from nose to rump.

Exotic animals were not new thing in Britain. Since the reign of King John, wild animals had been kept for entertainment and curiosity of the Royal Court and the first menagerie at the Tower of London dates back to 1210.

Stubbs painted three portraits of the tigress. Presumably the first one to be painted was this portrait, still at Blenheim. The largest of Stubbs’ three versions sold for £7.9m in 1995 at Christies.

Located in the Great Hall of the State Rooms

Mary, the 10th Duchess of Marlborough was described by the diarist Chips Cannon as “an efficient Duchess, handsome, gay, and serious-minded, very English, very balanced, very conventional and brings up her children in a rather snappy, almost spartan simple way: and they adore her”. I believe this elegant portrait by Becker captures the strength of her character perfectly.

“My grandmother had a knack for getting things done – this was, after all, a woman who could organise a spectacular party for a thousand guests and still find time to enjoy herself”.

Located in the Red Drawing Room of the State Rooms

Sir Anthony Van Dyck was a Flemish Baroque artist who became the leading court painter in England. Most famous for his portraits of Charles I of England and his family and court, his style of relaxed elegance was to be the dominant influence on English portrait-painting for over 150 years.

Margaret Lemon was known to be Van Dyck’s model and then mistress. She was described as extremely passionate and violently jealous, even on one occasion allegedly attempting to bite Van Dyck’s thumb off to prevent him from painting ever again. The portrait depicts Margaret Lemon has Erminia.

Located in the Grand Cabinet of the State Rooms

A pastel drawing of Gladys Deacon by the famous photographer Cecil Beaton, part of a series done for Vogue. Gladys Deacon (1881-1977) was one of the most fascinating, brilliant and yet eccentric Duchesses of the Twentieth Century.  She was an American who married into the English Peerage without actually being an heiress. She was a beautiful girl who destroyed her legendary beauty by early attempts at plastic surgery.

Gladys was phenomenally intelligent, well read, and inspired notable artists and writers.  On her return to Europe, Marcel Proust, Anatole France, Auguste Rodin, Jacob Epstein, Jean Marchand and many more were dazzled by her.  She attracted numerous admirers, but she decided from an early age that she would marry a Duke, and preferably the 9th Duke of Marlborough. For many years she was the Duke’s ‘companion’ but once married their relationship disintegrated. The situation became so desperate that the Duke moved out of the Palace, and eventually evicted her from Blenheim. Gladys settled in Chacombe, near Banbury, becoming in time a most eccentric recluse.  Her last fifteen years were spent in St Andrew’s Hospital for the Mentally Infirm, Northamptonshire, where she died in October 1977 aged 96.

Located in the Red Drawing Room of the State Rooms

Sir Joshua Reynolds was a renowed English painter and the founder of the Royal Academy of Arts. This portrait of the 4th Duke and Family is one of the largest in Blenheim’s collection and has many charming features. The composition has the 4th Duchess in the centre of the painting and she is all the more visible with her impressive hairstyle. The hairstyle was constructed using chicken wire, papier mâché and false hairpieces which are wound around it, and given the height of it, when she rode in a carriage she had to sit on the floor. The resident hairdresser during this period, Monsieur Messureur, was the highest paid member of the household and was in fact paid twice as much as the Butler.

The Duke is seated to the left and includes six of their eight children (two had yet to be born). Lady Anne, in the white dress and the blue sash, was only four at the time. The story goes that she was rather frightened of the Reynolds, but he was keen to capture her expression of fear and in the tableau he has her sister, Lady Charlotte, hold a mask up to scare her. Lady Anne steps back, clutching her sister’s gown. Even the dogs, including the Blenheim Spaniel in the bottom right hand corner look alarmed.

Located in the China Ante Room of the State Rooms

Carlo Dolci was an Italian Baroque artist who specialised in highly finished religious pictures and this portrait of the Adoration of the Magi is a fine example of his work. Displayed above the door of the China Ante Room, it is missed by many visitors. Every detail has been beautifully executed and the colours vibrant, despite the painting being over 350 years old. Dolci was said to have ‘spent several weeks on a single hand’.

Located in the Lower Entrance Hall of the State Rooms

Lance was considered the leading painter of still life at the beginning of the 18th Century and was much in demand. Commissioned by the 5th Duke of Marlborough, this still life illustrates the best produce from Blenheim’s greenhouses. Pineapples were quite rare in the 18th Century and only the wealthiest could afford to import and grow them. A single pineapple was said to have been worth £8000 in today’s money. Blenheim’s greenhouses still produce a veritable bounty today.

Located in the East Corridor of the State Rooms

The 11th Duke of Marlborough is said to have been to a friend’s house when he first saw the work of Oxfordshire based artist John Piper. He admired the work so much he immediately wrote to the artist and requested he come to Blenheim. Piper painted Blenheim 12 times during his career and Blenheim are fortunate to have them as part of the collection, displayed in both the State Rooms and the Private apartments.

High Lodge was built in 1768 by ‘Capability’ Brown on the site of a medieval hunting lodge in Blenheim Park, once home to the notorious Earl of Rochester. Kate’s favourite property on the Estate, it sits in relative isolation in the woodland and is surrounded by a small moat and magnificent garden. Piper’s moody and romantic depiction captures the magic of the lodge and surrounds perfectly.

Located in the Great Hall of the State Rooms

McEvoy’s portrait of perhaps our best-known Duchess, Consuelo (formerly Vanderbilt) was painted in 1916. She is the epitome of glamour with her beautiful long neck and a romantic air of refinement which is captured by McEvoy’s expressive style and broad strokes.

Consuelo was only 17 when she came to Blenheim and had no wish to marry anyone but was forced into the marriage by her socially ambitious mother. Her husband to be, the 9th Duke also married not for love but for the sake of Blenheim. The loveless marriage lasted until 1921 with Consuelo doing her duty producing two sons, but then the pair separated and ultimately divorced.

She was said to be a person of deep compassion and feeling, who had no heart for the pomp and style of palatial life at Blenheim. She was much concerned with the ordinary people, especially those who were deprived and among these, especially women and children.