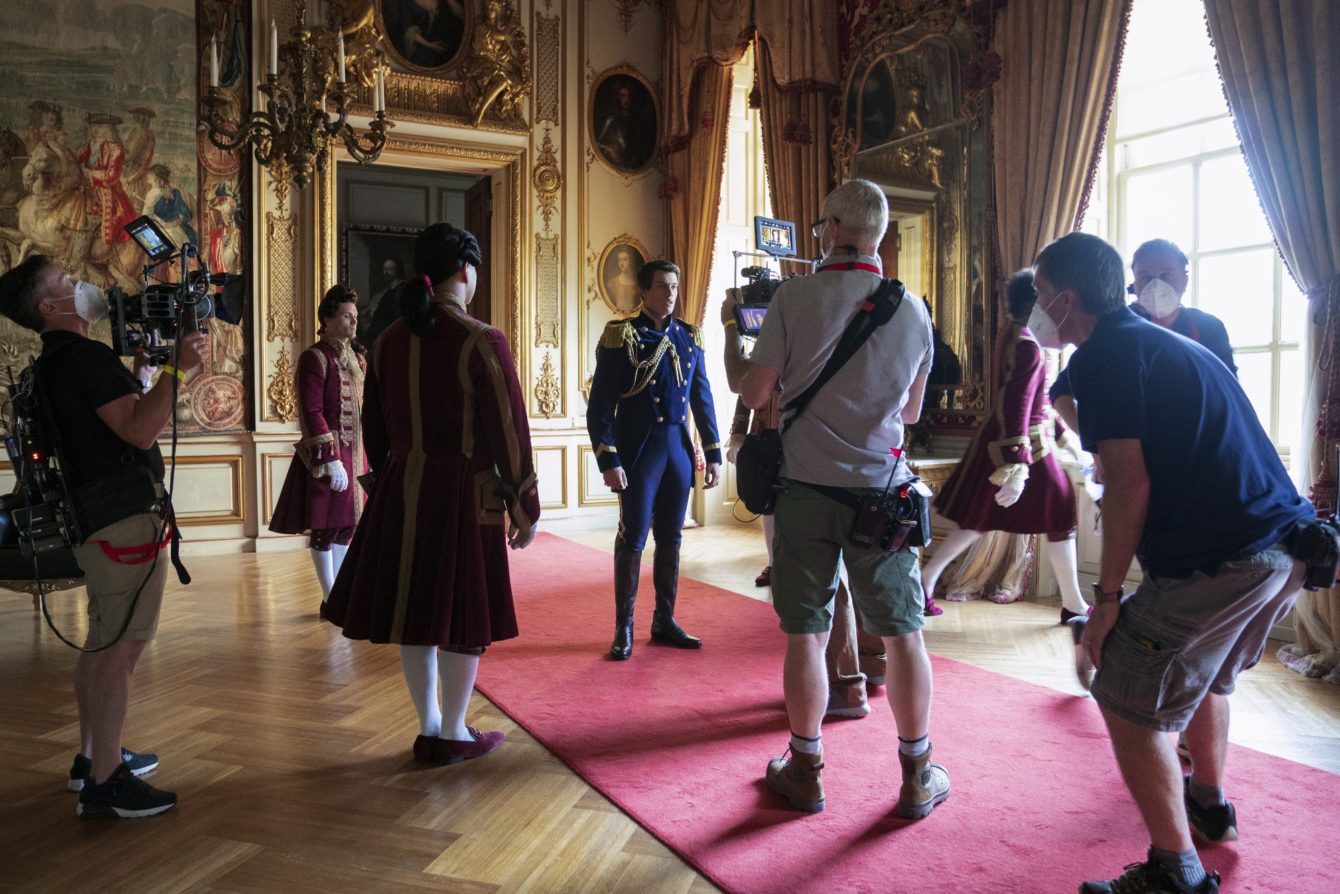 Blenheim Palace has a leading role in Amazon Prime Video’s new film, Cinderella which launched exclusively around the world in over 240 countries and territories on Friday (September 3rd).

Both the interior and exterior of Britain’s ‘greatest palace’ are featured extensively in the musical.

The star-studded production is a musically-driven bold new take on the traditional story you grew up with. It is produced by Leo Pearlman, James Corden, Jonathan Kadin and Shannon McIntosh, and executive produced by Louise Rosner and Josephine Rose.

It’s the second time the Baroque palace has been used as a setting for the Cinderella story. Back in 2015 Kenneth Branagh used the estate formal gardens and iconic Grand Bridge in scenes for his film which starred Lily James, Cate Blanchett and Helena Bonham-Carter.

As well as Cinderella, Blenheim has had a starring role in a host of other movie blockbusters – from Harry Potter and The BFG to James Bond, Gulliver’s Travels and Mission Impossible.

Most recently, the Palace stood in for Buckingham Palace in ‘Dolittle’ (2020) starring Robert Downey Jr and Emma Thompson.

Issued on behalf of Blenheim Palace. For more information please contact Samantha Vaughan on 07469 129743 or SVaughan@blenheimpalace.com or Niamh O’Sullivan at NO’Sullivan@blemheimpalace.com .

Widely regarded as a masterpiece of 18th century Baroque architecture, ‘Britain’s Greatest Palace’ houses one of the most important and extensive collections in Europe, which includes portraits, furniture, sculpture and tapestries.

Home to the Dukes of Marlborough since 1705, the Oxfordshire Estate was designated a UNESCO World Heritage Site in 1987.

Set in over 2,000 acres of ‘Capability’ Brown landscaped parkland and designed by Vanbrugh, Blenheim is also the birthplace of one of Britain’s most famous leaders, Sir Winston Churchill and it was his father who described the vista, on entering the Estate from the village of Woodstock, as the ‘finest view in England’.

Prime Video offers customers a vast collection of movies, series, and sports—all available to watch on hundreds of compatible devices.

Prime Video is just one of many shopping and entertainment benefits included with a Prime membership, along with fast, free shipping on millions of Prime-eligible items at Amazon.com, unlimited photo storage, exclusive deals and discounts, and access to ad-free music and Kindle eBooks. To sign up or start a 30-day free trial of Prime, visit: amazon.com/prime.