Prosecco in the Park returns to Abingdon this Summer, 19th to 21st July, Rye Farm Meadow

After its resounding success last summer, Prosecco in the Park returns to Abingdon’s idyllic river-side Rye Park farm location for three days and nights of film, food, drink and great family fun!  After the success of last year, the festival has expanded to eight stunning destinations around the UK, boasting a much live larger screen, stunning new Cocktail, Craft Beer and Gin Bars to accompany the already beautiful Prosecco Bar that kept last year’s festival goers entertained throughout.

Prosecco in the Park will feature eight epic screenings of films for all ages, including the legendary Bohemian Rhapsody, A Star is Born, The Greatest Showman and the fantastic Mary Poppins Returns, to name just a few. The idyllic Thames-side Rye Farm Meadow will burst into life as doors open at 5pm on Friday 19th July, kicking off with the award winning ‘A Star is Born’ followed by four screenings on Saturday and three on Sunday. 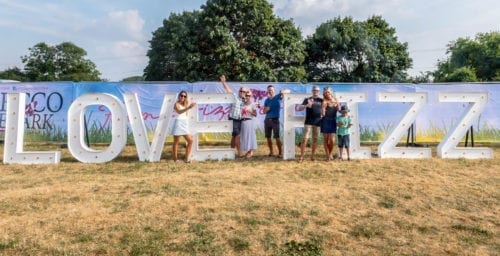 Matt Bates, Event Organiser and Abingdon resident says “After last year’s success we wanted to bring Prosecco in the Park back to Abingdon as our first priority. We’ve invested heavily in a much larger screen as well as building three of the most incredible bars on the boutique festival scene – The Cocktail Box, The Craft Beer Bunker and the all-new Gin House. We also listened to our audience from last year and will now include a heap more Street Food outlets as well as a lot more cover for people should they need shade from the summer sun (or liquid sunshine!). All in all, Prosecco in the Park has stepped up three levels but kept entry prices low and are confident that for as little as just £10 for adults and kids 12 and under being FREE, we have one of the most affordable and most entertaining town centre festivals in the country.”

Launching the ultimate VIP Prosecco in the Park experience!

We’ve also designed and built ten spectacular all-new VIP garden areas to experience. The all-inclusive VIP packages include Private Tented Butterfly Garden Room, priority screen viewing, 5 bottles of Prosecco, 5 over-baked Pizzas of your choice, VIP entrance, exclusive table service throughout (so no queuing at the bar) and seating for up to ten of your best friends or family. Experience Prosecco in the Park in luxury, prices start at £15.40 per person – excluding general admission tickets. 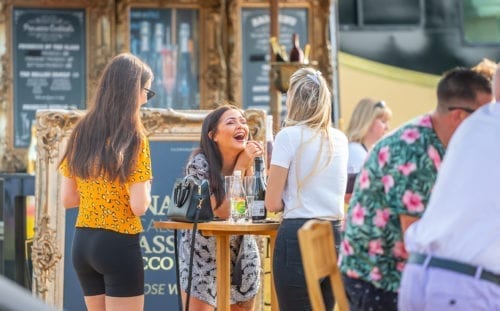 General admission tickets start at £10 for adults with kids 12 and under go free!
To book tickets, view the film list, venues and prices head to www.proseccointhepark.co.uk .
Follow on Facebook or Instagram via @proseccointheparkuk for all things #PITPUK.