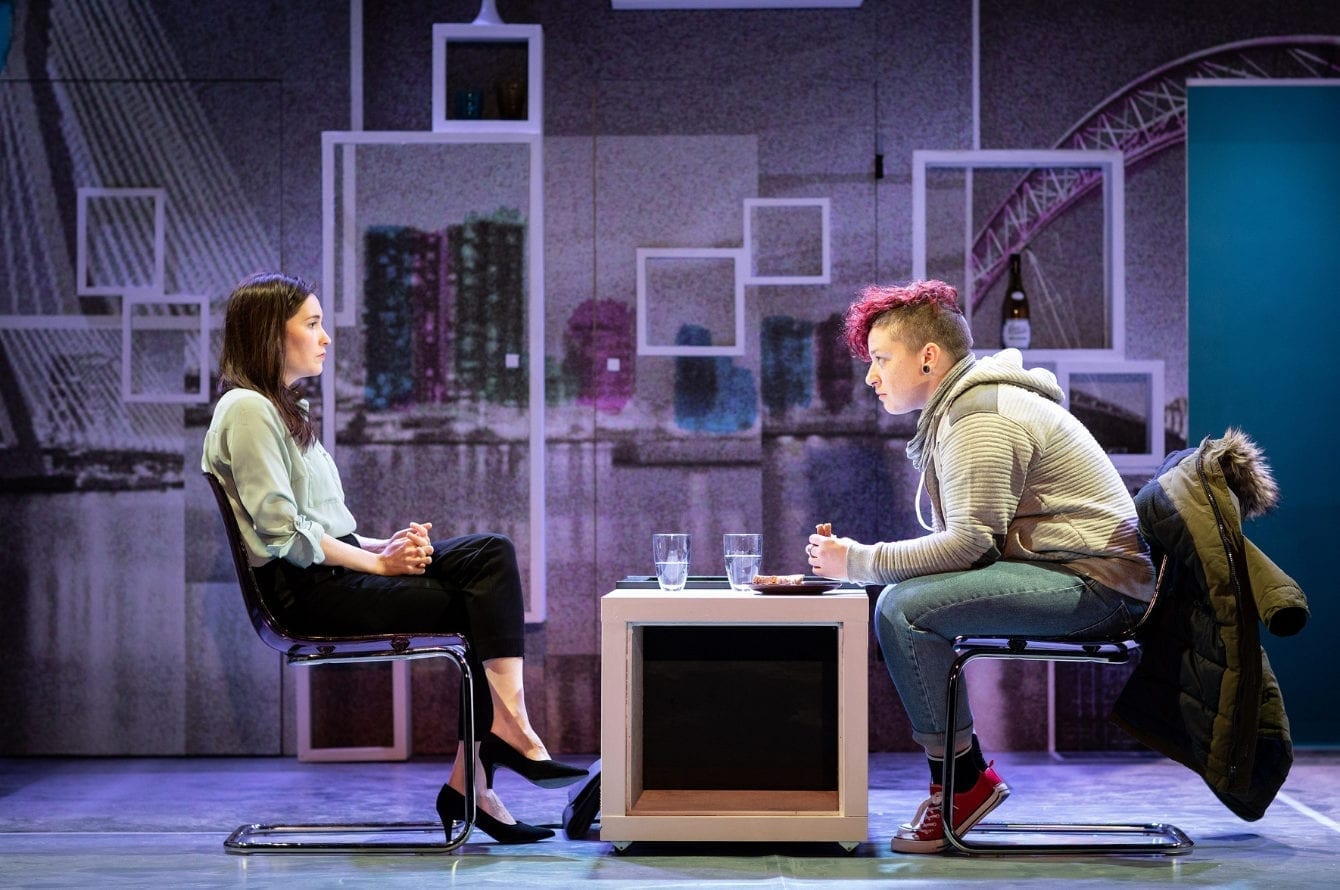 Following three critically acclaimed runs in London and a highly successful transfer to New York, the Olivier award-winning production of Rotterdam comes to Oxford Playhouse from Thursday 20 to Saturday 22 June as part of Offbeat Festival 2019.

Written by acclaimed playwright Jon Brittain, co-creator of Margaret Thatcher Queen of Soho, writer of A Super Happy Story (About Feeling Super Sad) and staff writer on The Crown, Rotterdam is a bittersweet comedy about gender, sexuality and being a long way from home.

It’s New Year in Rotterdam, and Alice has finally plucked up the courage to email her parents and tell them she’s gay. But before she can hit send, her girlfriend Fiona reveals that he has always identified as male and now wants to start living as a man named Adrian. Now, as Adrian confronts the reality of his transition, Alice faces a question she never thought she’d ask… does this mean she’s straight?

“We are delighted to be taking Rotterdam on its first UK tour. It’s a privilege to be able to share this funny, moving and beautiful story with audiences around the whole country.”

Brittain was inspired to write Rotterdam after several of his friends transitioned in the late 2000s.  He became aware of the absence of transgender stories in pop culture and wanted to address this on the stage.  Through writing this show, he researched and consulted widely including talking to Trans people and their partners, conducting a reading for members of Trans communities and discussing the show with various organisations including Trans Media Watch who then endorsed Rotterdam, and the charity Gendered Intelligence, who the company dedicated their Olivier Award to.

Rotterdam was recently co-produced in Los Angeles by Hartshorn–Hook Productions and Skylight Theatre where the production won the top award at the Los Angeles Drama Critics’ Circle Awards jointly with Hamilton.

Tickets for Rotterdam at Oxford Playhouse start at £10 and are available from the Ticket Office on 01865 305305 or book online at www.oxfordplayhouse.com .