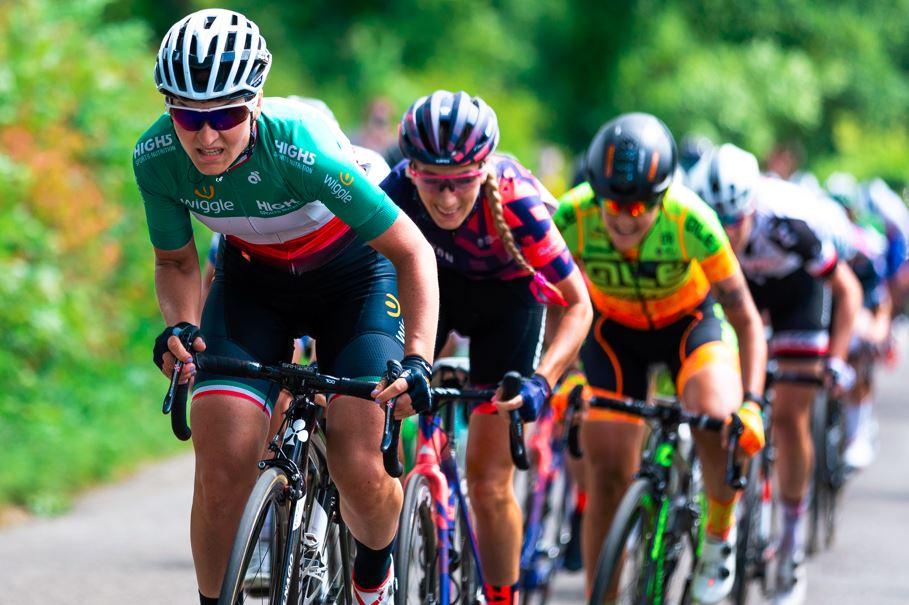 Residents between Bicester, Oxford, Abingdon and Banbury will now be able to pick their spot, ready to cheer on elite riders when this year’s Women’s Tour professional cycling race comes to Oxfordshire on Monday 4 October. The full route details were revealed today, (Wednesday 21 July).

From the start line on Bicester’s Sheep Street, the race will complete a short northern loop, passing secondary school students at The Cooper School, before heading south past Graven Hill to Islip and on to Oxford. The peloton will then sweep past the John Radcliffe Hospital and into south Oxfordshire via Blackbird Leys. The stage will reach its southernmost point passing the Culham Science Centre before heading north through Abingdon, Eynsham, and past Woodstock.

The riders will pass through Bloxham before arriving in Banbury for the first time. They will then head back out to complete a short loop of Hook Norton and Sibford Ferris. Returning to Banbury they will pass the Cross and the Fine Lady statue, with a sprint to the line expected on South Bar Street.

Councillor Liz Leffman, Leader of Oxfordshire County Council, said: “What a fantastic way to showcase our wonderful county to the world. I’m confident this event will bring economic benefits to our communities. I also hope the race will inspire even more people to exercise and take to two wheels, the healthy transport option. Hosting the prestigious race is a great collaborative effort between the county council and our colleagues at Cherwell, Oxford City, Vale of White Horse, South Oxfordshire, and West Oxfordshire.”

Councillor Andrew Gant, Oxfordshire County Council’s Cycling Champion, said: “We want this prestigious race to leave a legacy for the county; not only a lasting economic impact, but by motivating people to be more active and improve their health. If you’re travelling to a vantage point, why not cycle or walk? Leave the car at home for at least some of your journey and get some exercise as a spectator.”

Councillor Barry Wood, Leader of Cherwell District Council, said: “It is an honour for us to have the first stage of this prestigious race visiting our towns and villages. Cycling is not just an elite sport, it’s an increasingly important mode of transport and way of staying active. Women’s road cycling is growing in stature every year and I think that seeing the world’s best in action will encourage more of our residents to take to two wheels in their everyday lives.”

Councillor Louise Upton, Oxford City Council Cabinet Member for a Safer, Healthier Oxford, said: “Anyone who has watched the Tour de France knows just how exciting these cycle races can be. I can’t wait for the Women’s Tour, the premier international women’s cycle race, to come through Oxford. The route comes through Blackbird Leys, Wood Farm, Headington and Northway, and I hope residents will not just cheer them on but also be inspired by these incredible athletes – focus, dedication and teamwork in action.

“As well as inspiring more women and girls to get out on their bicycles, it’s an opportunity to get creative with a cycling theme. Who knows what we will see along the road – knitted yellow bicycles, wind-powered rotating bike wheels, giant chalk drawings in school playgrounds? Everyone can get involved. Thousands of people will come to watch, and I’m going to be one of them. Now that the route has been announced, start planning your vantage point!”

Councillor Jane Doughty, West Oxfordshire District Council’s Cabinet Member for Customer Delivery, said: “It is fantastic to have such a prestigious event passing through our district. It will help encourage and inspire particularly young people to take up cycling as a fantastic form of exercise and they may even become serious competitors themselves in future. These women are great role models for the sport. The Tour will also highlight our beautiful countryside and encourage tourism which will boost our local economy.”

Councillor Helen Pighills, Vale of White Horse District Council’s Cabinet Member for Healthy Communities, said: “We have lots of cycling enthusiasts across the Vale who will be thrilled to have elite cyclists return to the district. I’m particularly pleased that this year’s race will come through Abingdon as the town is home to a thriving cycling community. This event will be a wonderful way in which to promote our district to a wider audience and encourage a new generation to get active and take up cycling.”

Councillor Maggie Filipova-Rivers, South Oxfordshire District Council’s Cabinet Member for Community Wellbeing, said: “I’m delighted that the Women’s Tour is visiting South Oxfordshire again. It is a wonderful event that inspires people to get on their bike, potentially bringing real long-term health benefits to individuals and the whole community. It is also a great way of showing the area off to the wider public who will be watching the race on TV, helping to provide an economic boost by attracting more visitors to Oxfordshire.”

This is the second year that Oxfordshire will host the Women’s Tour; part of a three-year commitment that began in 2019 (the 2020 race was postponed). Different routes are planned each year to showcase the county’s diversity to a national and international audience.

About 100 professional riders will weave their way through towns, villages and rural areas, inspiring local schools to organise themed sport and fitness lessons. Highlights of the race will also be screened on ITV4.

Families are expected to line the route to cheer on competitors, turning the event into an exciting community spectacle. Spectators will be encouraged to use healthy and environmentally friendly transport to reach vantage points to watch the race.

Commenting on the route announcement, Women’s Tour Race Director Mick Bennett, said: “Oxfordshire is a historic and world-famous county; therefore, I am looking forward to the Tour returning to this beautiful county for a second year, following our first visit in 2019.”