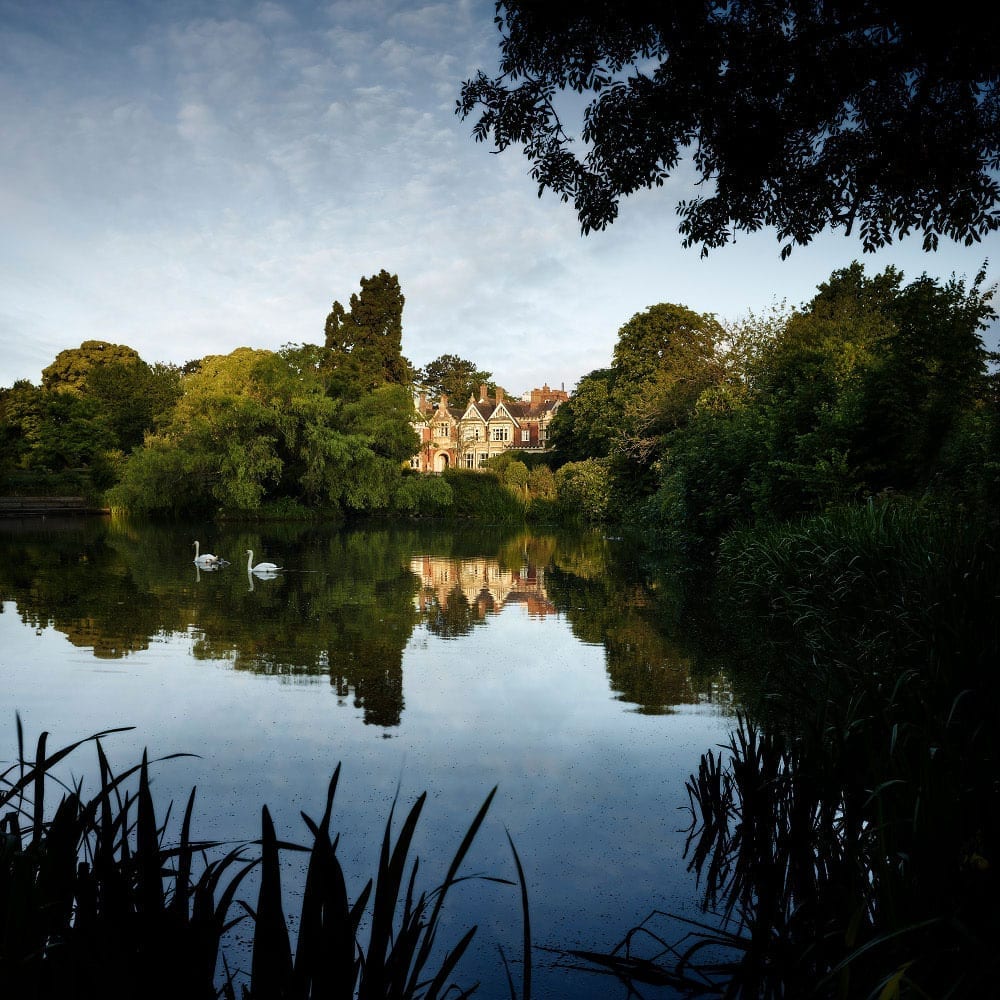 Visitors will be able to chart the arrival of the first Codebreakers at Bletchley Park in a new exhibition opening on Monday 17 May, when the Buckinghamshire museum hopes to reopen for the first time since December 2020.

The new permanent exhibition, supported with funding from the UK government’s Culture Recovery Fund, focuses on the Government Code & Cypher School’s (GC&CS) work from 1938 to late 1939, a key part of the Bletchley Park story that has not been covered in detail on site before.

Based on new research, visitors will discover how Bletchley Park, a country estate, was secretly chosen to be a wartime base, and how GC&CS began urgently preparing to increase its peacetime workforce of around 150 in order to cope with the huge codebreaking task that was coming. By January 1945, this workforce would peak at almost 9,000 women and men based at Bletchley Park and its Bombe outstations.

The exhibition is spread out over five sections in the Drawing Room in the historic Mansion, one of the first rooms to be used by the Codebreakers in autumn 1939.

“We’ve chosen to tell the story of how Bletchley Park became the wartime home of GC&CS in one of the very first rooms used for codebreaking on site. It’s an important part of the story we haven’t covered in such detail before. Visitors will be able to put themselves in the shoes of those who were tasked with finding a suitable site and the people recruited to help with Britain’s codebreaking effort. The new exhibition helps bust a few myths about why Bletchley Park was chosen and highlight some less familiar figures who were key to its early success.”

Bletchley Park’s Research Officer, Dr Thomas Cheetham, added: “I hope the exhibition will encourage visitors to see not just the beginning but the whole of the Bletchley Park story in a different light. At the start of the war success was not pre-ordained and the way forward was very unclear, but in spite of that this period laid the foundations for later achievements. GC&CS’s ultimate contribution to the war effort depended on the dedication and ambition of the early pioneers, so it is exciting that, for the first time, we are able to name them and present a picture of what the whole organisation looked like on Britain’s first day at war.”

Bletchley Park reopens on Monday 17 May 2021, in line with the latest government guidance. Entry to the exhibition is included in the general admission ticket, which also acts as an Annual Season Pass, giving unlimited free returns within a year.

*Tolkien was one of 117 academics and civilians who were selected for possible recruitment to Bletchley Park, and undertook a codebreaking training course in March 1939. He was not selected to work for GC&CS during the war, instead continuing as Professor of Anglo-Saxon at Pembroke College, Oxford, and writing The Lord of the Rings.

Bletchley Park is a vibrant heritage attraction and museum, open daily to visitors.

It was the home of British World War Two codebreaking; a place where technological innovation and human endeavour came together to made ground-breaking achievements that have helped shape the world we live in today.

This unique site was previously a vast Victorian estate, where parts including the Mansion still survive, expanding during wartime to accommodate Codebreakers Huts and Blocks.

During World War Two, the Government Code and Cypher School (GC&CS), now known as the Government Communications Headquarters (GCHQ), was based at Bletchley Park. It grew from a small team of specialists to a vast intelligence factory of thousands of dedicated women and men. This extraordinary combination of brilliant and determined people and cutting-edge technology contributed

significantly to Allied victory. In tough conditions, they provided vital intelligence and developed pioneering technological innovation that had a direct and profound influence on the outcome of the war.

The site continues to reveal secrets and tell fascinating stories of our national legacy.

Bletchley Park Trust is a registered charity, heritage attraction and independent museum. As an independent charity, we rely on income from our visitors, Friends and supporters to secure the long-term future of the site.

Join the discussion about Bletchley Park at: