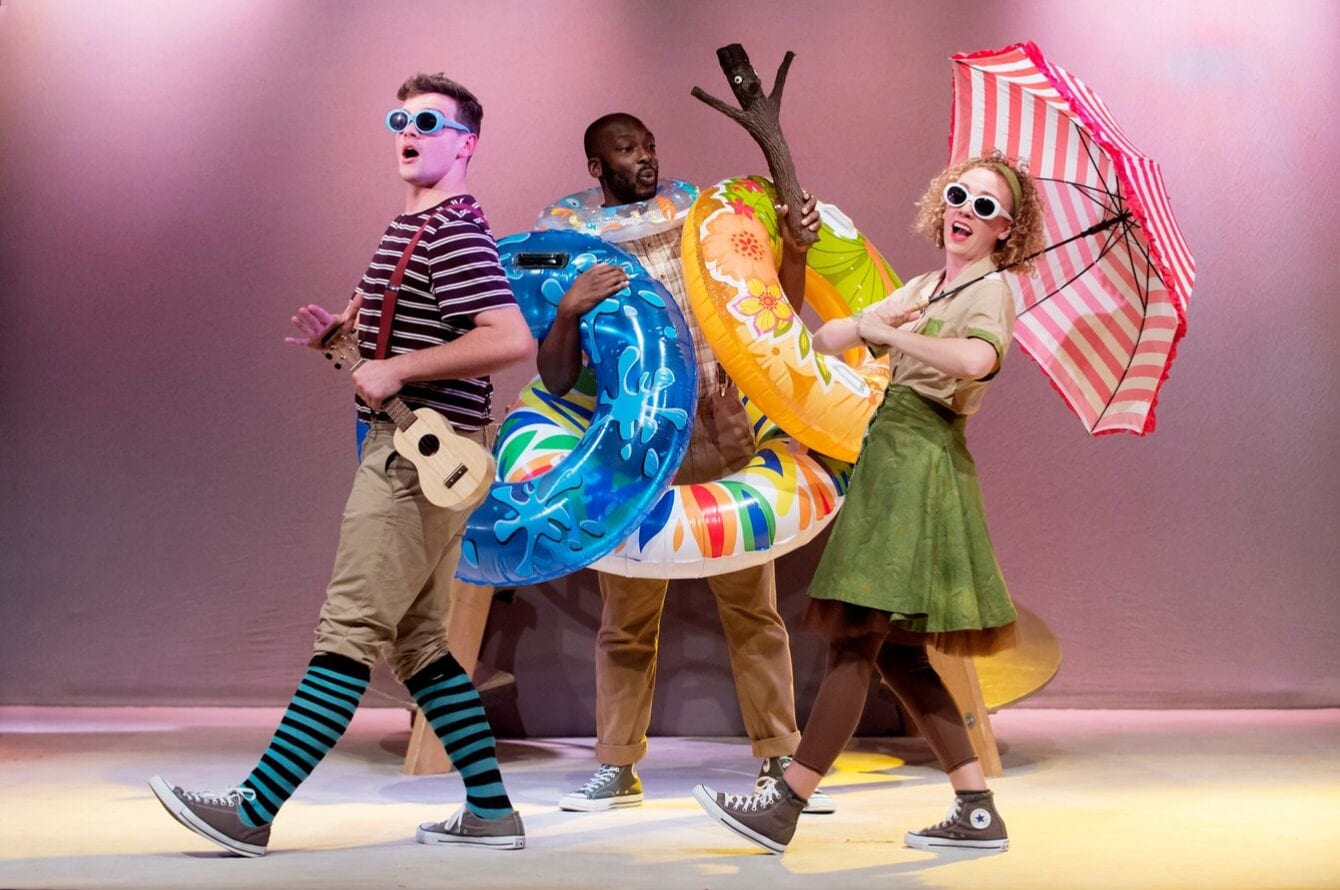 Stick Man is leaving his family tree and heading back out on tour this autumn! Based on the book by Julia Donaldson with illustrations by Axel Scheffler, Stick Man comes to Oxford Playhouse this October half term!

With his Stick Lady Love

and their stick children three…’

But what starts off as a morning jog becomes quite the misadventure for Stick Man: a dog wants to play fetch with him, a swan builds a nest with him, and he even ends up on a fire! How will Stick Man ever get back to the family tree? Packed full of puppetry, live music and funky moves, Stick Man is a touching, funny and utterly original adaptation that will delight all ages.

Stick Man is adapted from the book by Julia Donaldson, the multi award-winning author of some of the world’s best loved children’s books, most notably the modern classic The Gruffalo which has sold over 13 million copies worldwide. Julia is best known for her popular rhyming stories for children, especially those illustrated by Axel Scheffler, which have sold millions of copies and have been translated into over 40 languages.

Stick Man is a perennial bestseller and has been translated into 23 languages. In 2015, Magic Light Pictures premiered the animated film of Stick Man with an all-star cast including Martin Freeman, Jennifer Saunders and Hugh Bonneville. The film was the 4th most-viewed 2015 Christmas Day TV programme in the UK, and the book went to number one in the children’s chart. In 2018 Stick Man celebrated its 10th anniversary.

Stick Man is produced by Freckle Productions, who have brought many of Julia Donaldson’s books to the stage including Tiddler and Other Terrific Tales and Tabby McTat. It has original direction by Sally Cookson (A Monster Calls, Old Vic Theatre) with design by Katie Sykes (Jane Eyre, National Theatre), lighting by Elanor Higgins (Private Peaceful, UK Tours) and music by Benji Bower (A Monster Calls, Old Vic Theatre).  The Associate Director is Mark Kane.

Tickets for Stick Man at Oxford Playhouse start at £10 and are available from the Ticket Office on 01865 305305 or book online at www.oxfordplayhouse.com .