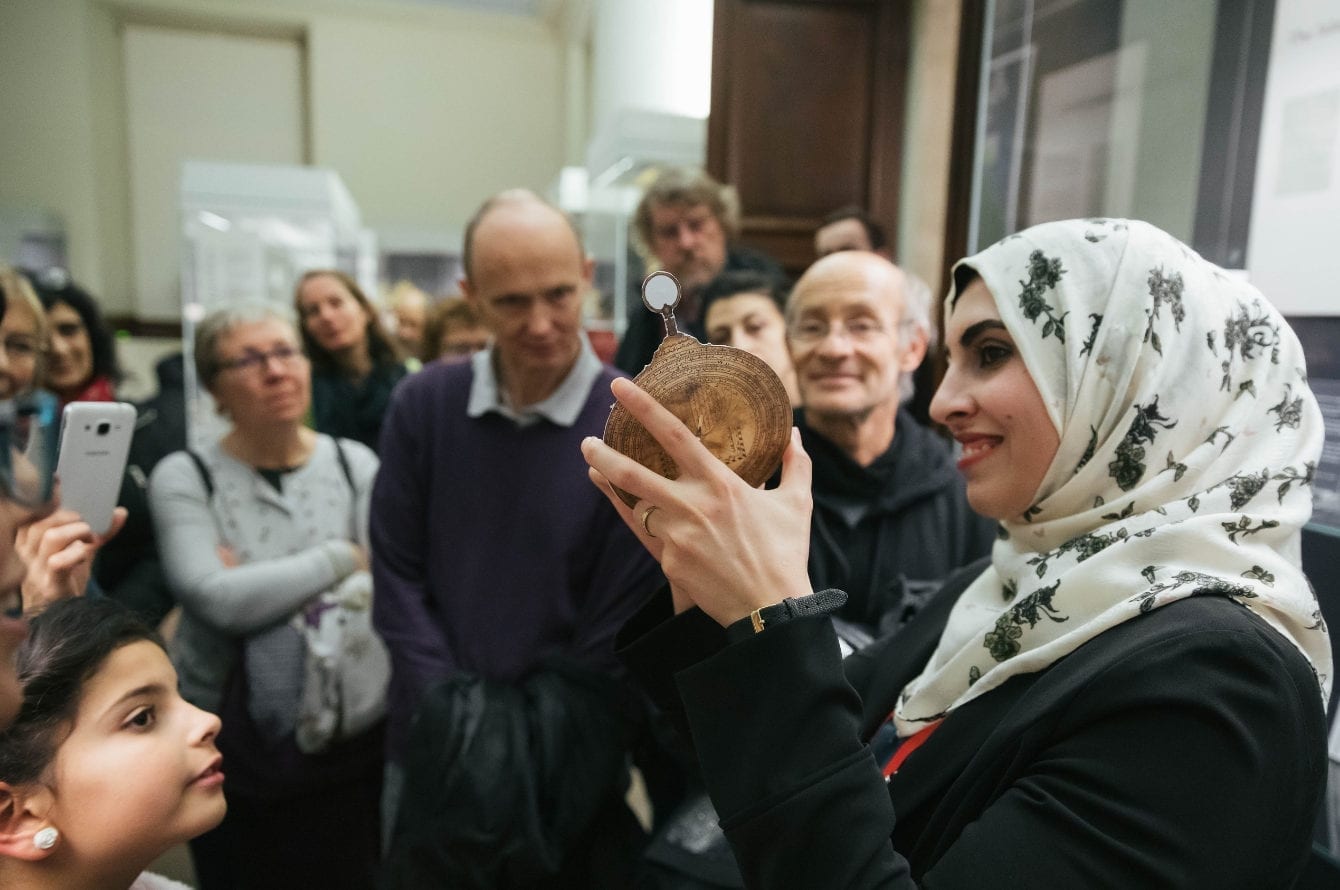 Oxford University’s gardens, libraries and museums enjoyed a 3% rise in visitors in 2018, according to the latest figures from the Association of Leading Visitor Attractions (ALVA). Over 3.3 million people visited the four University museums, the Bodleian Libraries and the Botanic Garden in 2018, giving the group its third record-breaking year in a row.

In a summer which saw many indoor attractions experiencing a fall in visitor numbers because of the heat wave, the Bodleian enjoyed its most successful summer exhibition ever with Tolkien: Maker of Middle-earth. The once-in-a-lifetime exhibition, which was seen by over 138,000 visitors, examined the full breadth of Tolkien’s unique literary imagination, from his creation of Middle-earth to his life and work as an artist, poet and scholar.

The Ashmolean also featured in the UK’s top 50 visitor attractions, with over 882,000 visitors in 2018. Its two major exhibitions, America’s Cool Modernism and Spellbound, proved huge draws, the former attracting over 62,000 to make it the museum’s third most visited exhibition ever, and the latter attracting 46,000 visitors, including the highest number of first-time visitors of any ticketed exhibition at the Ashmolean.

Record-breaking visitor numbers were enjoyed by the Museum of Natural History and the Pitt Rivers Museum, which saw increases of 2% and 4% respectively.

The Museum of Natural History, which had 786,000 visitors, now ranks as Oxfordshire’s fourth most visited attraction – after the Bodleian, Blenheim Palace and the Ashmolean. In September 2018 it launched a new permanent display, the largest to be added to the museum in decades. Out of the Deep features two large plesiosaur skeletons on full display for the first time: a short-necked plesiosaur found near Yarnton, just five miles from the museum; and a long-necked plesiosaur, uncovered near Peterborough in 2014.

The Pitt Rivers recorded its most successful year ever in 2018, with over half a million visitors. October saw an eye-catching installation placed in the heart of the museum, with a series of portraits by Tibetan photographer Nyema Droma. Taking inspiration from the museum’s historic collections, Droma created a series of portraits of young Tibetans in daily wear and ‘traditional’ clothing, which celebrate their experiences and challenge stereotypes.

2018 saw the Pitt Rivers Museum and the History of Science Museum partner with local organisations who support refugees to create inclusive volunteering opportunities for forced migrants as part of the ground-breaking Multaka-Oxford project.

Multaka – which means meeting point in Arabic – uses the museums as a meeting point to bring people together. A Multaka event at the History of Science Museum in November attracted over 1,000 visitors to an evening of music and performance celebrating Islamic culture, and helped boost the museum’s annual visitor numbers to 176,000.

Oxford Botanic Garden basked in record-breaking visitor figures in May and June, with the heatwave encouraging local residents and tourists to make the most of the city’s outdoor attractions. The Garden also celebrated two important launches in 2018: the opening of the Herbarium Room – a mini museum which showcases some of the globally important plant specimens from the Oxford Herbaria – and the launch of its very own gin. Produced by The Oxford Artisan Distillery (TOAD), Oxford Physic Gin features 25 botanicals, many of which are grown and foraged in Britain’s oldest botanic garden.

2019 will be another exciting year for Oxford University’s Gardens, Libraries and Museums, with a range of fascinating exhibitions and associated events. The Ashmolean, which is now open seven days a week, plays host to the contemporary art of Jeff Koons until June. Curated by Koons himself, the exhibition features 17 important works spanning the artist’s career, 14 of which have never been exhibited in the UK before.

To mark the 500th anniversary of the death of Leonardo da Vinci, a range of events and displays are being held across the University exploring how we think in 3D, including a centrepiece exhibition at the Weston Library, Thinking 3D: from Leonardo to present. And on 27 April the Pitt Rivers Museum launches a major exhibition, Lande: The Calais ‘Jungle’ and Beyond, which reassembles photographs and artworks made by displaced people, activists and volunteers in order to tell the human stories of the ‘Jungle’ as it existed at Calais from March 2015 to the demolitions of 2016.