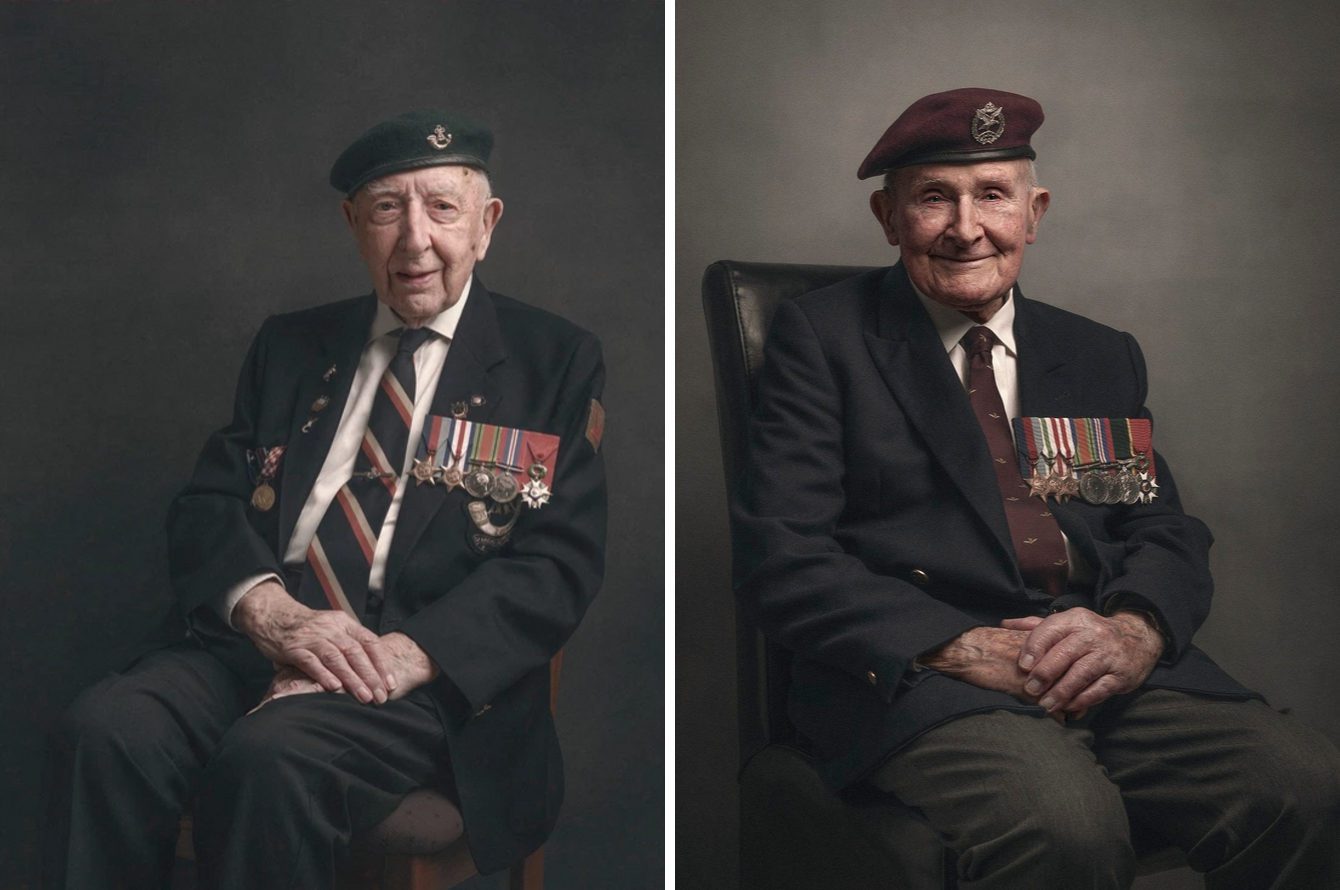 A new exhibition of photographic portraits of WW2 veterans is set to go on display at the Soldiers of Oxfordshire Museum, Woodstock, from 19th October 2019 to 5th January 2020.

The exhibition, titled 3945 Portraits, is the work of award-winning photographer Glyn Dewis. He is leading an ongoing project to photograph Second World War veterans from all branches of the armed forces, and from a wide range of different regiments and corps, including the Oxfordshire and Buckinghamshire Light Infantry.

The portraits will go on display alongside recorded interviews with the featured veterans, recounting their wartime experiences, as well as a number of drawings produced by children as a ‘thank you’ to them.

The project, and the exhibition itself, is designed to ‘remember, honour and educate’. Glyn Dewis explains that he intends to ‘honour and remember our surviving World War 2 veterans by photographing as many of them as possible in order to provide both them and their families with classic, timeless portraits they treasure and can remain in their families for generations to come’ and ‘to sensitively educate the current and future younger generations about the events of World War 2 and of those who served, survived and were lost’.

The exhibition’s opening event on 19th October 2019 will see a number of the featured veterans visit the museum, and a surprise medal presentation for one of them. Two members of the Glider Pilot Regiment who were good friends during their service but have not seen each other since the end of the war, are also set to reunite during the launch, having both had their portraits taken by Glyn.

Glyn will also be running two 3945 Portraits project workshops on the 9th November and 7th December between 11am and 2pm. These will focus on demonstrating how the portraits were taken using minimal kit and often in very limited space, showing how we can all create classic portraits without the need for all the latest and greatest equipment. Spaces can be booked on the SOFO Museum website.