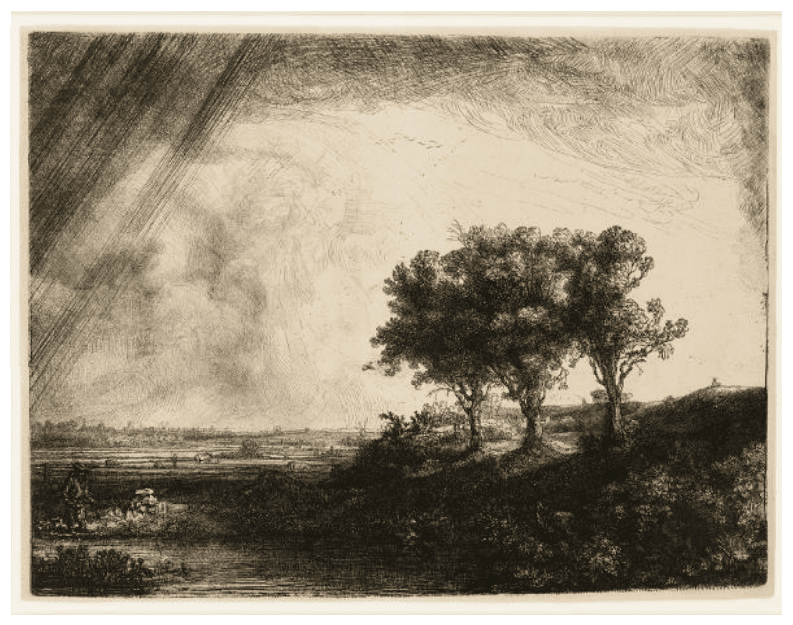 “The sky is the source of light in nature – and governs everything.” – John Constable

Celebrating 500 years of artists’ fascination with the sky, Skyscape: The limitless art of the sky, is the River & Rowing Museum’s autumn exhibition for 2021, opening its doors in Henley on Thames on 30 September.

Across a wide variety of media including engraving, etching, ceramic, mezzotint, watercolour, graphic sketches and oil, the exhibition features masterpieces of some of history’s most celebrated artists including Albrecht Dürer, Rembrandt, J M W Turner, Samuel Palmer, John Ruskin and Paul Nash. The exhibition is organised by the Ashmolean Museum, University of Oxford.

Showcasing over 30 masterpieces from the Ashmolean, Skyscape: The limitless art of the sky explores aerial landscapes as a symbol of the divine, as a subject of scientific interest and as means of emotional escape and expression for both artist and viewer.

Inspired by Constable’s famous statement of 23 October 1821 that ‘It will be difficult to name a class of landscape in which the sky is not the key note, the standard of scale and the chief organ of sentiment’, Skyscape is an exciting opportunity to view the popular art of landscape from a new perspective, through a succession of masterpieces that span 500 years of European art.

The exhibition begins with depictions of the sky as the dominion of the divine. Stories of revelation, redemption and judgement from Classical and Christian traditions are represented, including Dürer’s famous and minutely detailed engraving Nemesis and Rembrandt’s most celebrated landscape etching, The Three Trees. Another highlight is a striking renaissance Limoges enamel of the Crucifixion with a backdrop of gilded cumulus clouds.

With the recognition of landscape as a distinct artistic genre during the seventeenth century, and the emergence of meteorology as a scientific discipline in the late eighteenth century, the sky became a subject in its own right. Artists such as J. R. Cozens and J. M. W. Turner, as well as Constable, developed innovative techniques, particularly using watercolour, oil sketches, and mezzotint to capture fleeting effects of light and weather with greater precision and apparent spontaneity. The majestic watercolour, Sepulchral Remains in the Campagna by J. R. Cozens, where the sky rather than the Roman countryside dominates the composition, reveals his influential genius for conveying shifting weather through delicately blended watercolour washes.

Yet the sky retained its capacity for heavenly symbolism and increasingly became a vehicle for emotional expression. Clouds could suggest fleeting moments or magnificence, storms might embody threat or drama, while sunrises and sunsets could reflect death and renewal. For the Victorian writer and artist John Ruskin, meteorological accuracy in art was a means of revealing spiritual truths. The exhibition includes two of his vividly coloured watercolours of the dawn. He described making such works as ‘bottling skies’ in the same way that his father, a prosperous sherry merchant, preserved vintages. An habitual early riser, Ruskin exhorted his students in The Elements of Drawing (1857) to make daily studies of the dawn, declaring ‘Love that rightly with all your heart, and soul, and eyes; and you are established in foundation laws of colour’.

The spiritual and emotive aspect of skies persisted in the work of British twentieth-century artists including Paul Nash and the local artist to whom River & Rowing Museum has the UK’s only dedicated gallery, John Piper. Commissioned by Queen Elizabeth in 1941 to make a series of topographical records of Windsor Castle, Piper’s stormy skies over the royal residence represented imminent threat of the War and the Luftwaffe. However, this sombre symbolism was ignored or deplored by King George VI who wryly remarked, ‘you seem to have very bad luck with your weather, Mr Piper’.

Jon O’Donoghue, the Museum’s Head of Public Engagement said ‘At a time of deep reflection for us all, it’s going to be fascinating to look into artists’ use of the sky throughout such a long time period. The sky belongs to us all and yet how much time do we really spend looking at it? I hope that this new exhibition will take us to the blues, clouds, stars and storms as we all reflect on our relationship with what looms above.’

Details of activities inspired by the exhibition can be found at rrm.co.uk.

The exhibition is organised by the Ashmolean Museum, University of Oxford.
Skyscape: The limitless art of the sky
at the River & Rowing Museum, the Museum Shop and Café
are open Thurs to Mon 10am – 4pm from 30 September 2021 – 16 January 2022
(closed 24 December – 2 January inclusive).

Visitors can plan their visit now by booking General Admission tickets including entry to Skyscape and the opportunity to enjoy the permanent collection after the exhibition.
Covid safety remains the Museum’s priority. Numbers are limited to ensure safe social distancing, hand sanitiser stations are dotted throughout the Museum’s galleries and a one-way route
is in operation.

To find out What’s on at the River & Rowing Museum, subscribe to their e-newsletter.

The Ashmolean
The Ashmolean is the University of Oxford’s museum of art and archaeology, founded in 1683. The world famous collections range from Egyptian mummies to contemporary art, telling human stories across cultures and across time. The museum’s collections are extraordinarily diverse, representing most of the world’s great civilisations, with objects dating from 500,000 BC to the present day. Among many riches we have the world’s greatest collection of Raphael drawings, the most important collection of Egyptian pre-Dynastic sculpture and ceramics outside Cairo, the only great Minoan collection in Britain, outstanding Anglo-Saxon treasures, and the foremost collection of modern Chinese painting in the western world.

About the exhibition tour
Skyscape has been organised by the Ashmolean to celebrate 500 years of artist’s fascination with the sky.
Curated by Katherine Wodehouse, Print Room Supervisor (https://www.ashmolean.org/western-art-print-room) in the Ashmolean Museum’s Western Art Department.

River & Rowing Museum:
The River & Rowing Museum inspires escape and exploration, telling the many stories of the River Thames and celebrating the wildlife that calls it home. Beyond its beautiful riverside location in Henley on Thames and award-winning building, the Museum’s doors open onto art, history, conservation and the international sport of rowing.

The galleries include interactive displays and stories and objects of international significance, including the enchanting ‘Wind in the Willows’ gallery and the UK’s only dedicated gallery to the work of renowned Modern British artist John Piper who lived nearby. In addition, the Museum hosts a lively programme of special exhibitions from partners such as the National Portrait Gallery, The Ashmolean, Seven Stories, the V&A and the Hayward Gallery.

Working closely with organisations in its local area, the Museum’s Community Gallery showcases a wide variety of local projects. Twice shortlisted for Family Friendly Museum of the Year, the Museum is a registered educational charity, and welcomes children and adults to take part in its engaging and inspiring learning and events programme. The Museum’s Chocolate Café terrace overlooks beautiful Mill Meadows, and its shop celebrates local suppliers, specialising in children’s books and games, jewellery and craft.
www.rrm.co.uk

As a charity receiving no ongoing public funding, the Museum relies on its visitors and supporters. Please help support the Museum’s future by becoming a Friend or making a donation.
Email: museum@rrm.co.uk
Twitter: @river_rowing
Facebook/Instagram: @riverandrowingmuseum
Opening Hours: The River & Rowing Museum is open Thursday to Monday, 10am to 4pm