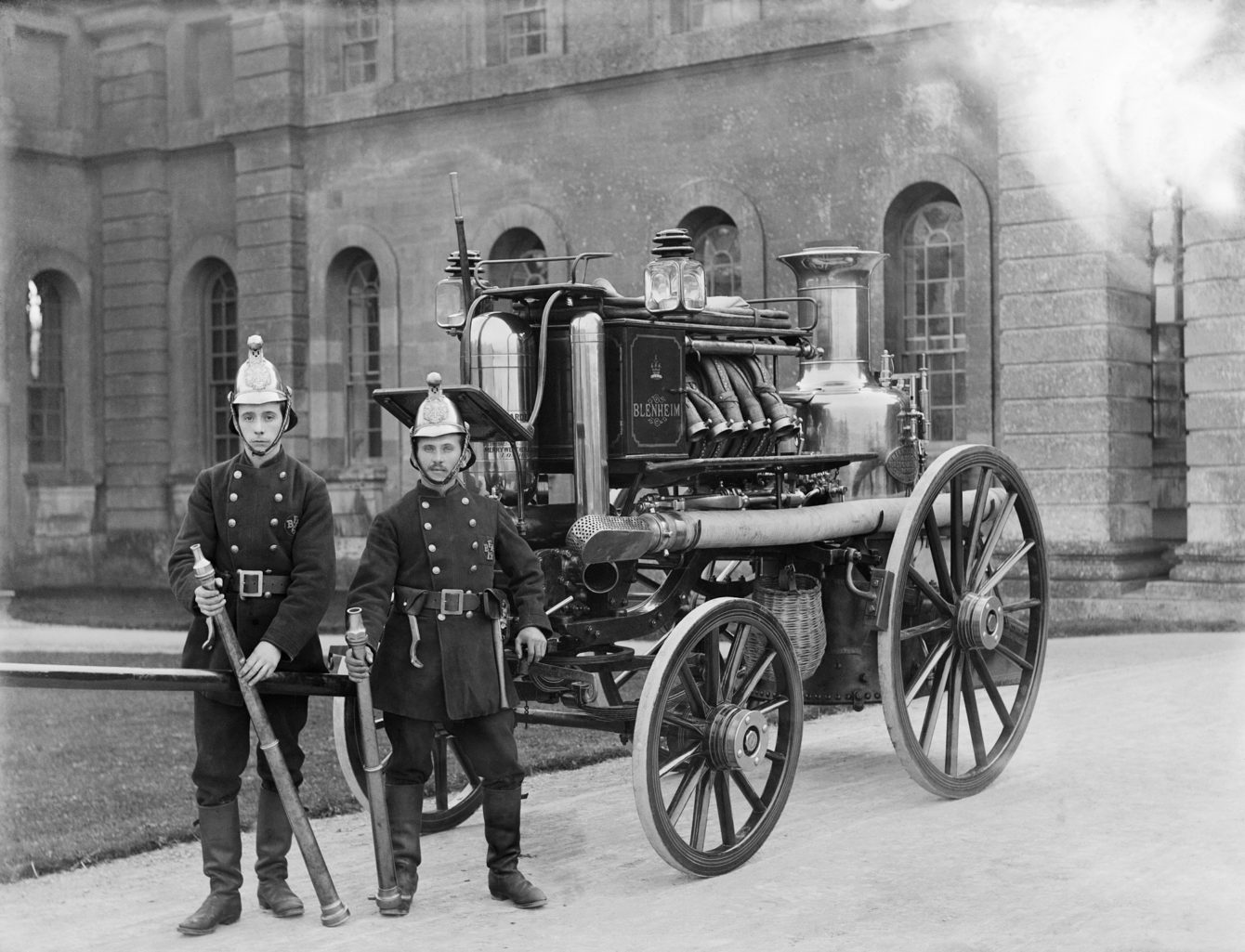 Its re-appearance marks the end of a years-long hunt for the historic engine, which will now take pride of place as part of a new exhibition in the Palace’s stable yard, alongside two other manual fire engines dating back to the early 18th century.

The engine is being returned to the Palace by Hook Norton firefighter Nigel Matthews, who is a fire engine enthusiast and is transporting all three of the engines for free.

He will be joined by Chris Wilson, a local fire officer in Oxfordshire who is the brigade historian and used his network of contacts nationally to locate the fire engine, and Neil McElvenny, a senior officer in Warwickshire Fire and Rescue Service, who also helped in the search.

To mark the ceremony local firefighters and engines will be at the Palace to welcome the engine home.

Blenheim Palace incorporated its own brigade in the mid to late 1800s and owned a variety of fire appliances, including the Merryweather.

Believed to have been built by Merryweather & Sons in 1890, the horse-drawn engine used a steam boiler to create pressure to pump water. It was mounted on a four-wheeled sprung carriage.

After many years of operation, the engine was taken out of service and showcased at various Victorian steam shows around the country before settling at Shipston Fire Station then Nuneaton.

In 2018 Blenheim Palace’s Operations Director, Heather Carter, launched a nationwide search to track the engine down and return it to the Palace.

“It’s fantastic we will finally be able to welcome the Merryweather engine home and I would like to take this opportunity to thank everyone involved in tracking it down and bringing it back to us.

“In particular Nigel, Chris and Neil who have been so supportive and enthusiastic throughout the long search.

“Blenheim’s fire engine will provide a fascinating insight into the history of the Palace and it’s a perfect addition to our new Stables Exhibition, which focuses on the vital role horses have played at the Estate over the centuries,” she added.

In 1898 the Estate was the venue of a Fire Brigades Rally. Permission to stage the event was given by the 9th Duke of Marlborough (1871 – 1934) who was also the President of the National Fire Brigades Union at the time.

The Blenheim fire brigade was still in operation during the Second World War.