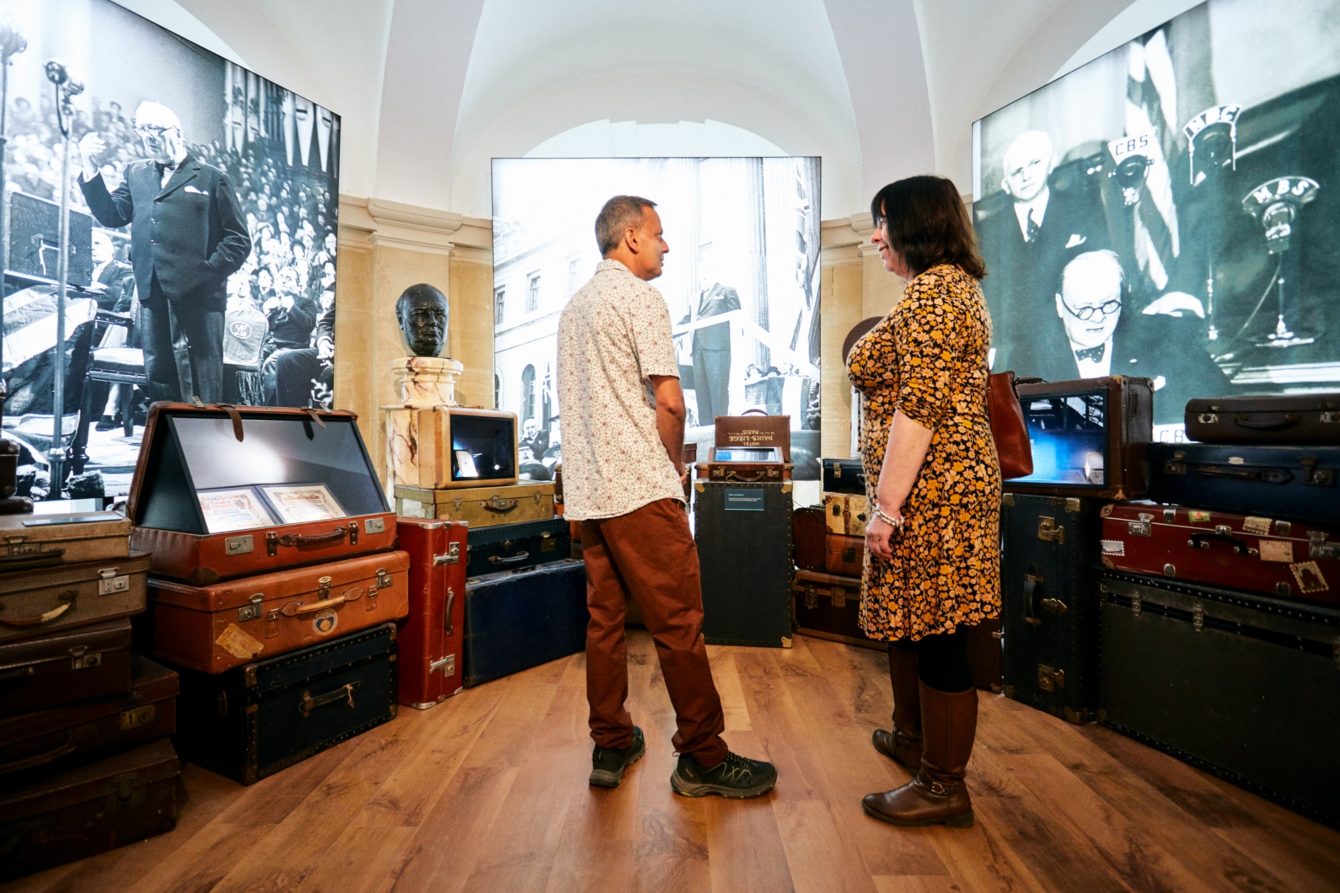 Blenheim Palace is set to open its doors to visitors again from Monday, 17th May.

Widely regarded as a masterpiece of 18th century Baroque architecture, ‘Britain’s Greatest Palace’ houses one of the most important and extensive collections in Europe, which includes portraits, furniture, sculpture and tapestries.

The first examines the key role Blenheim played in the life of Winston Churchill, who was born at the Palace.

Churchill returned to Blenheim often throughout his long life; attending parties, painting and spending time with his cousin and close friend ‘Sunny’, 9th Duke of Marlborough.

As well as being his birthplace, and one of his favourite places to relax, its rich military history provided huge inspiration for Churchill’s own career and it was even he proposed to his beloved wife Clementine.

Utilising a mix of historic artefacts and new technology, the interactive exhibition follows the ‘greatest Briton’ from his childhood, through his military service, political career and wartime role into his later life.

In addition to the Churchill exhibition, the Palace’s historic stable block has been transformed into an immersive experience showcasing the importance of horses at Blenheim down through the centuries.

Features include a recreation of the tack room, the stable office and an area where live horse displays can take place, as well as the chance for visitors to dress up and attempt to ride sidesaddle.

The display area also highlights the key role the wider estate – including its ancient woodland, royal hunting lodge and ‘Capability’ Brown landscaped parkland – has played in its continued success.

A new art-themed restaurant and café has been built as part of the new attractions, featuring a touchless ordering app.

Daily visitor numbers are limited and admission is only via online pre-booking.

Home to the Dukes of Marlborough since 1705, the Oxfordshire Estate was designated a UNESCO World Heritage Site in 1987.

Set in over 2,000 acres of ‘Capability’ Brown landscaped parkland and designed by Vanbrugh in the Baroque style, Blenheim Palace is also the birthplace of one of Britain’s most famous leaders, Sir Winston Churchill and it was his father who described the vista, on entering the Estate from the village of Woodstock, as the ‘finest view in England’.