Cheers to the New Theatre Beers 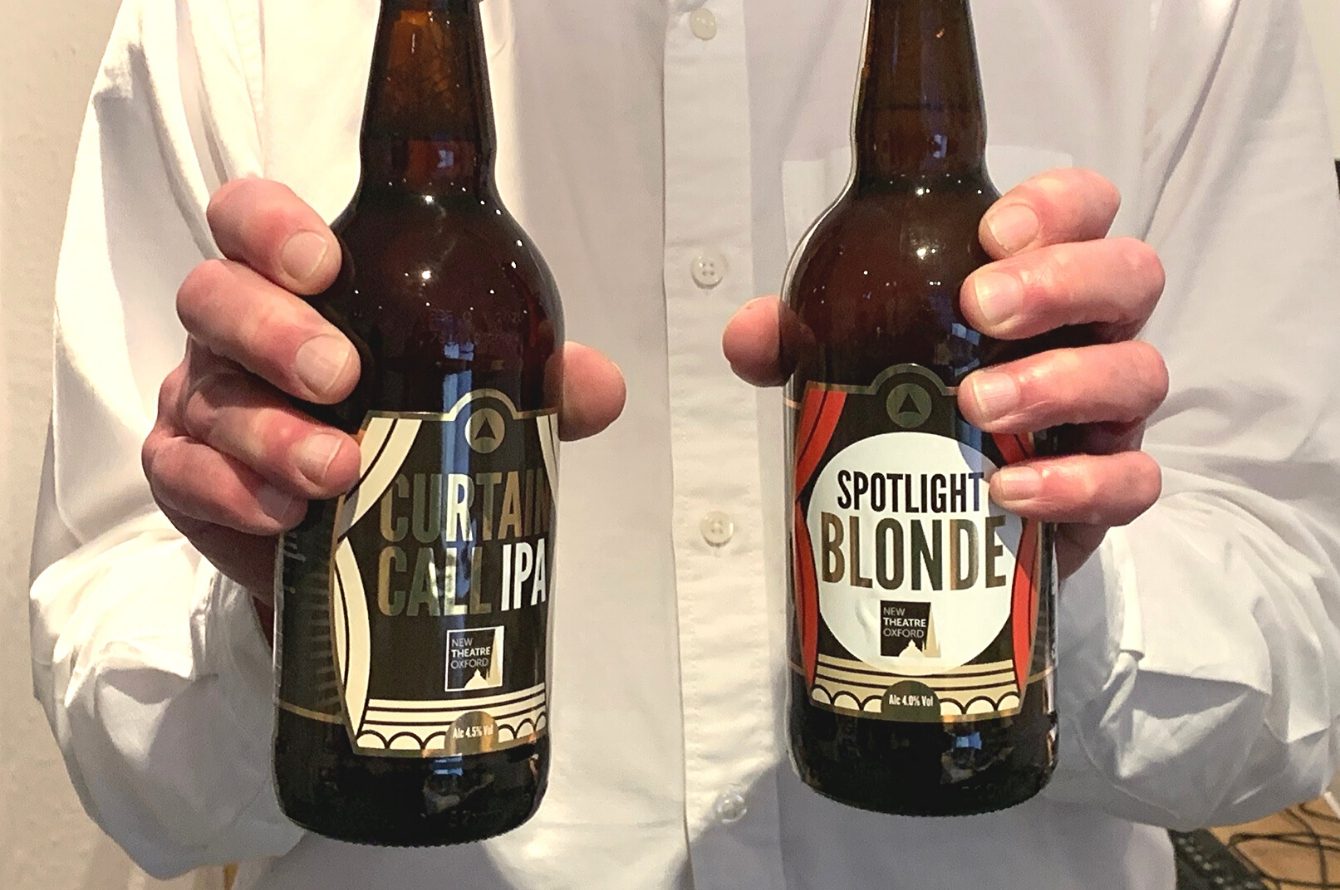 Audiences at the New Theatre Oxford can now toast their favourite shows with a pair of dedicated theatrical ales.

The venue, on George Street, has teamed up with Chadlington Brewery to offer visitors specially named IPA and Blonde bottled beers.

After a taste test amongst the team, staff were asked to put forward ideas of what the two beverages could be called. The suggestions were put forward and people voted for their favourites – and Curtain Call and Spotlight were the winners.

“I was thinking about the theatre, and thought of curtains and it stemmed from there”, said Phil, who has worked at the venue for five years.

“I was trying to come up with puns and thought about the final curtain call, and it came from that.”

The ‘Spotlight’ Blonde was named by Theatre Manager Alice Gayk.

Katie Walton, Customer Experience Manager at the New Theatre said the team were excited to be serving the drinks.

“We are thrilled to introduce our very own theatre-themed beers which have been picked specifically by our venue as a great local beer to take centre stage!

“It’s important to us as a venue to work closely with our community, so having this partnership with a fantastic local brewery is wonderful.”

The beers are available to purchase at the New Theatre bars priced at £6.

For information on upcoming shows, or to book tickets, log on to www.atgtickets.com/oxford.