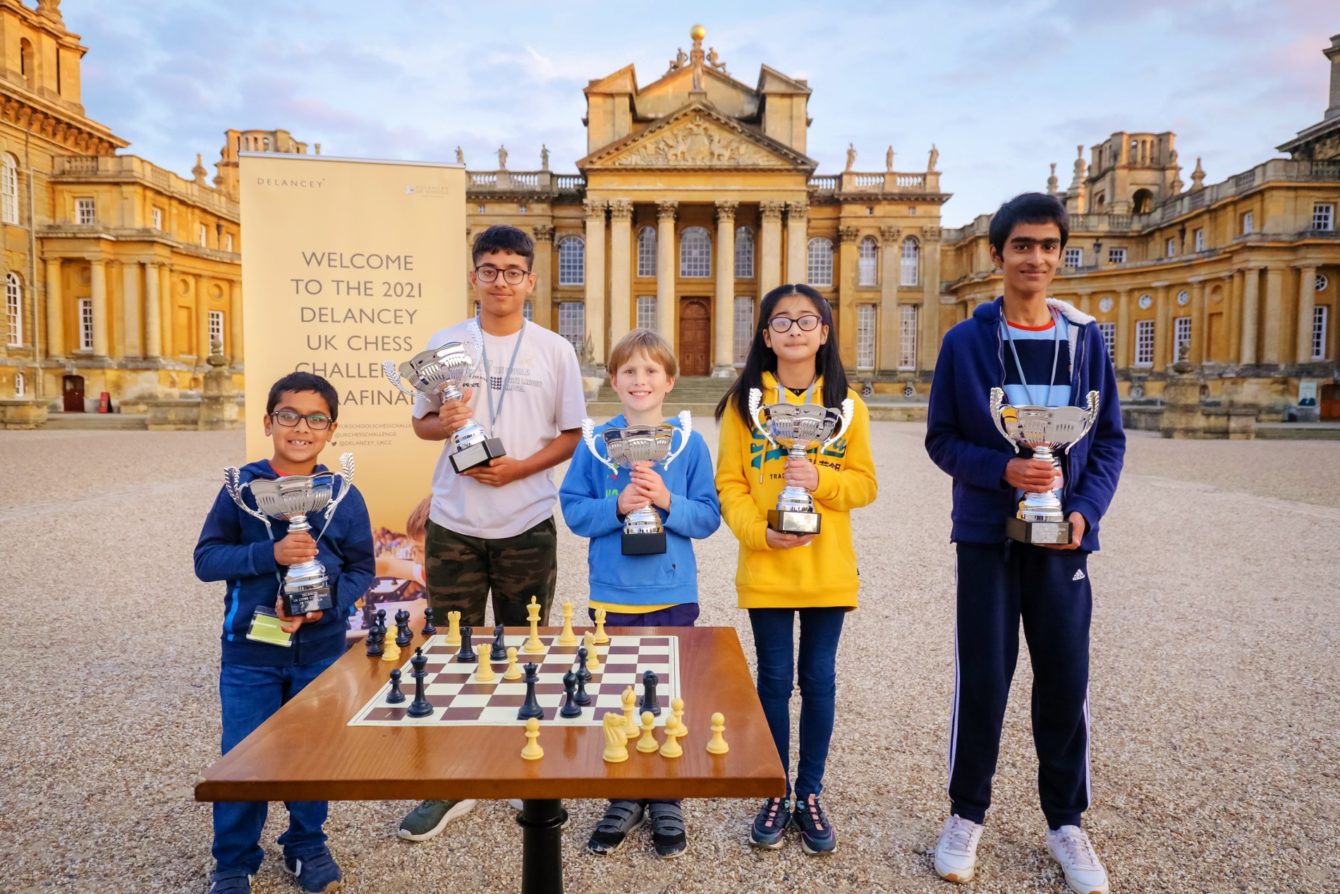 The event was the culmination of months of online tournaments, which saw more than 2,250 students, representing over 800 schools and chess clubs competing throughout the summer

Sixty players from across the UK were able to final meet up at the Oxfordshire UNESCO World Heritage Site to compete over real chessboards for the top spots in their age groups.

A series of marathon games were played, with Keerthi Kumar Advait from Watford winning the Under 8 category, Elis Denele Dicen from Warwickshire the Under 10, Rajat Makkar from Middlesex the Under 12, Frederick Gordon from Scotland the Under 14 and Balaji Aaravamudhan from Kent the Under 18 title.

“The whole weekend was fantastic; seeing the children play live and interacting with one

another after a tough year of playing online made the games all the more special,” said Sarah Longson, Director of the Delancey UK Schools’ Chess Challenge.

“Everyone played amazingly well, huge congratulations. I must also thank all the players for their continued enthusiasm and passion for Chess as this wouldn’t be possible without them,” she added.

Blenheim Palace has a long and illustrious connection with the game of chess. In 1851 the 5th Duke of Marlborough was President of the first ever international chess tournament which took place in London.

Lord Randolph Churchill, father of Sir Winston who was born at Blenheim Palace, was also one of the founders of the Oxford University Chess Club and vice-president of the British Chess Association.

Sir Winston himself is also said to have played chess during the Blitz in WWII.