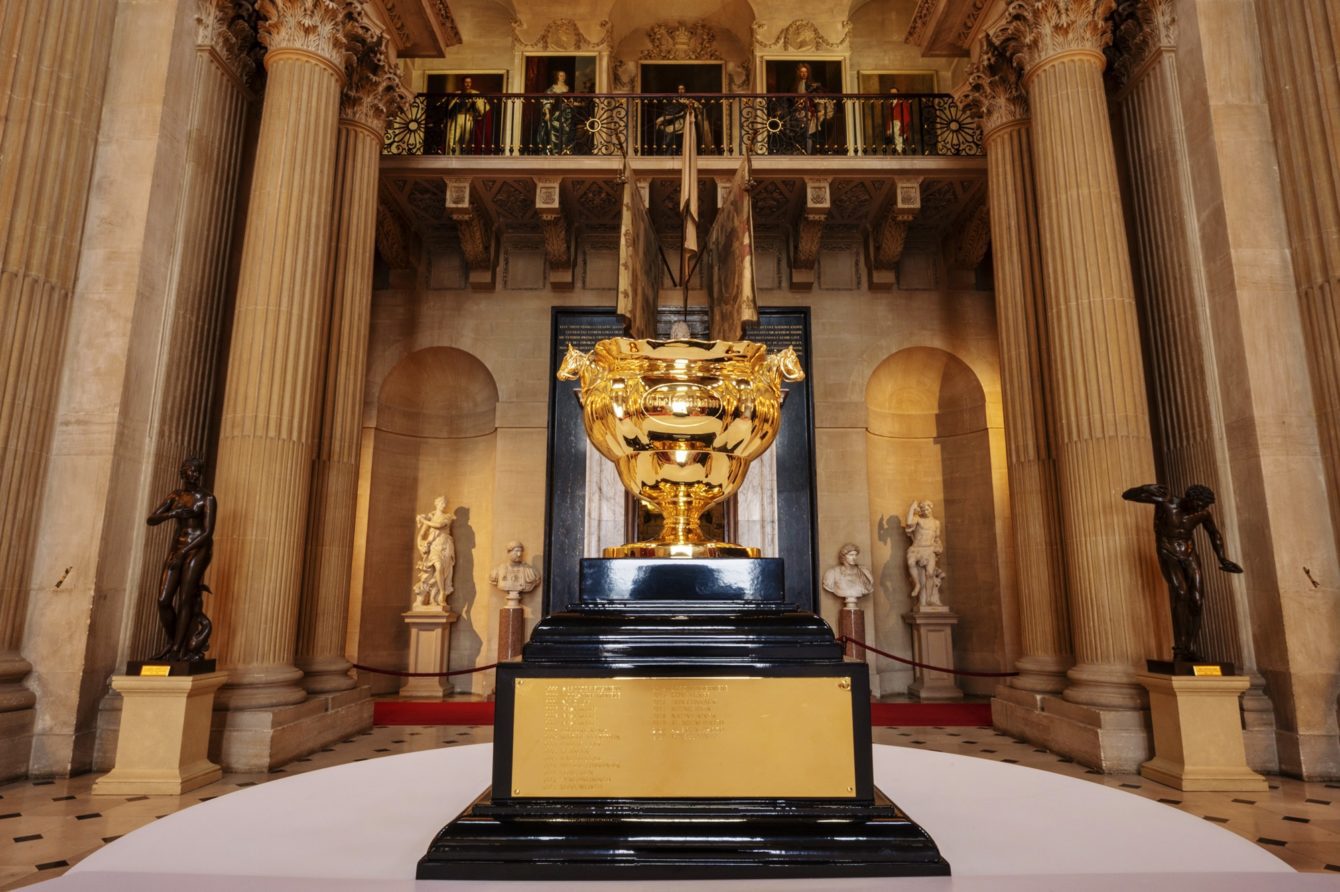 The original Cheltenham Gold Cup is taking pride of place in the historic setting of Blenheim Palace ahead of the International Horse Trials which begin on Thursday 16th September.

The iconic trophy, which is almost 100 years old, is on display for a week at the Oxfordshire UNESCO World Heritage Site as part of the four-day event, organised for the first time by The Jockey Club, which owns Cheltenham racecourse.

The 1924 Cheltenham Gold Cup weighs 644 grams of nine carat gold and is plated in 18 carat gold to give it a rich colour.

Commissioned and purchased from Simmons of Cheltenham, the 1924 trophy was created by S Blanckensee & Son Ltd of Birmingham.

It is mounted on a plinth bearing the names of every horse to have ever won the great chase.

“We’re absolutely delighted The Jockey Club has given us permission to put this famous trophy on display within the Palace in the run up to the International Horse Trials,” said Kate Ballenger, Keeper of Palace and Collections at Blenheim.

“Blenheim has a close association with horse and equestrian that goes back many centuries, there was even a racecourse on the estate itself in the 18th and 19th centuries and earlier this year we opened a major new exhibition dedicated to the role of horse on the estate within the Palace’s former stableyard,” she added.

The very first winner of the cup was five-year-old Red Splash, owned by Major Humphrey Wyndham, trained by Fred Withington and ridden by Dick Rees.

The 2021 race was won by eight-year-old Minella Indo, owned by Barry Moloney, trained by Henry de Bromhead and ridden by Jack Kennedy.

The Jockey Club, founded in 1750 and with Her Majesty The Queen as its Patron, is one of the largest organisations in British sport and stages more than 340 horseracing fixtures each year, along with thousands of other events at its 15 venues nationwide.

Running from 16th – 19th September, the International Horse Trials features dressage, cross country and showjumping and attracts riders from around the world.