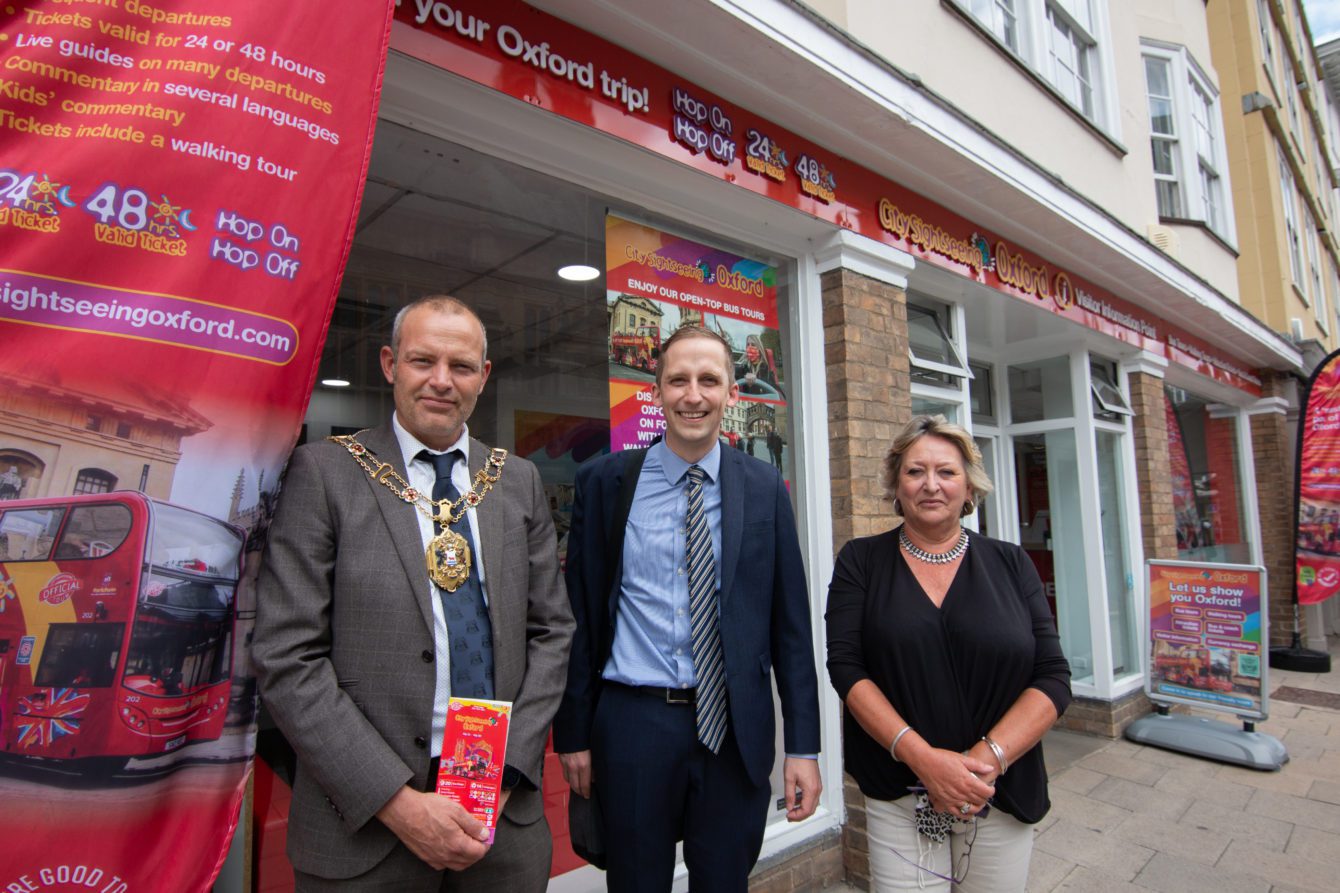 Oxford’s Lord Mayor joined passengers on-board an open-top bus tour of the city as part of a campaign to encourage people to visit Oxford.

Lord Mayor, Councillor Mark Lygo visited City Sightseeing Oxford as special guest to help promote tourism and the #RediscoverOxford campaign. He enjoyed the open-top bus tour of the city and took part in an associated walking tour. He also visited the company’s Visitor Information Point in Oxford High Street, where members of the City Sightseeing Oxford team provided Cllr Lygo with an outline of the services it provides for visitors and hosted him on the trip.

City Sightseeing has been an active part of the city’s #RediscoverOxford campaign and carried more than 2,000 passengers per week throughout June and July.

Councillor Mark Lygo, the Lord Mayor of Oxford, said: “There is so much to see in Oxford – even if you’ve lived here all your life – and an open-top bus tour is a fantastic way to see all the beautiful sights in the city.

“It was great to experience the City Sightseeing Oxford tour, residents and visitors have a unique opportunity to experience all the city has to offer.

“The bus tour and walking tour bought back so many memories and I will be encouraging our wonderful residents and visitors to join the tour in a COVID safe way and don’t forget to visit Carfax Tower, take the 99 steps to see Oxford for a view to remember.”

Jane Marshall, head of Tourism at City Sightseeing Oxford, said: “It was a pleasure to welcome the Lord Mayor on-board to enjoy a tour of the city. The visitor economy is vital to the overall good of the city and its ability to recover from the pandemic. Attracting locals in addition to national and international visitors is key to ensuring Oxford’s economic success.

“Oxford is a beautiful city and thanks to our hop on, hop off tours and Visitor Information Point, people can get to know the area even more. We look forward to welcoming more people to Oxford and helping them rediscover the city.” City Sightseeing Oxford also operates the Carfax Tower, the highest building in Oxford city centre. City Sightseeing are continuing to maintain an enhanced cleaning and hygiene regime across their entire fleet.