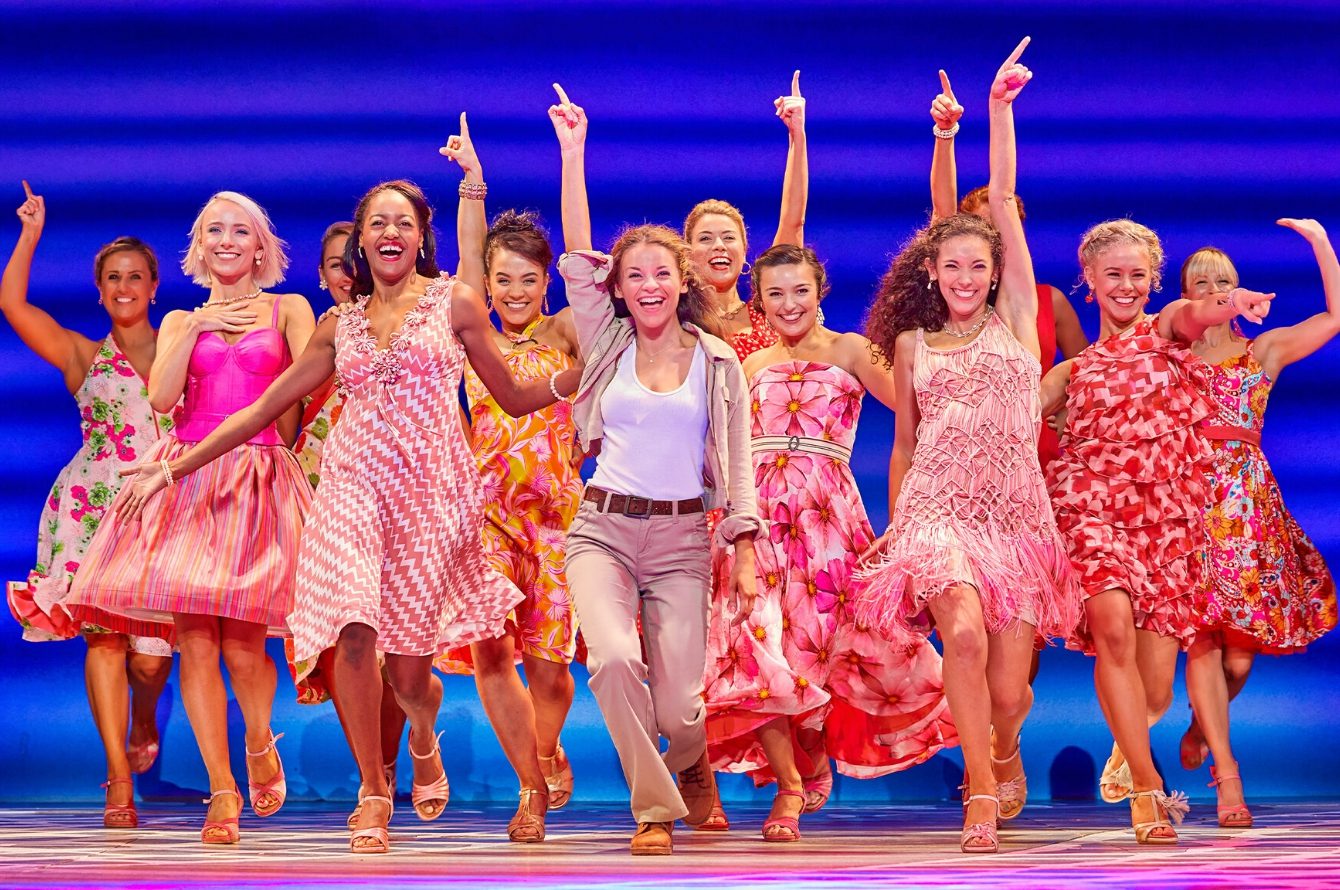 The sensational feel‐good musical MAMMA MIA! will return to the New Theatre Oxford for a four-week run from 8th December 2020 – 2nd January 2021 as part of a UK & International Tour celebrating 20 years since MAMMA MIA! premiered in London in April 1999.

“A thoroughly enjoyable evening of fun” – Plays To See

“The big numbers are an absolute joy” – Daily Info

“MAMMA MIA! touches all the right buttons for a great night out” – Henley Standard

From West End to global phenomenon, MAMMA MIA! is Judy Craymer’s ingenious vision of staging the story‐telling magic of ABBA’s timeless songs with a sunny, funny tale of a mother, a daughter and three possible dads unfolding on a Greek island idyll.

To date, it has been seen by over 65 million people in 50 productions in 16 different languages. In 2011 it became the first Western musical ever to be staged in Mandarin in the People’s Republic of China. MAMMA MIA! became the 8th longest running show in Broadway history where it played a record‐breaking run for 14 years. MAMMA MIA! continues to thrill audiences in London’s West End at the Novello Theatre where it celebrated its 20th Anniversary on 6 April 2019.

Produced by Judy Craymer, MAMMA MIA! The Movie became the highest grossing live action musical film of all time upon its release in 2008. A second film, MAMMA MIA! HERE WE GO AGAIN, opened in July 2018 and is the most successful live musical movie sequel of all time.

Judy Craymer, Creator and Producer of MAMMA MIA!, said: ‘We are incredibly excited to announce that MAMMA MIA! will be returning to Oxford next Christmas as part of the UK and International Tour celebrating 20 years since the show first opened in London’s West End. Oxford is very much a part of the MAMMA MIA! family as we had a fabulous time shooting the opening scene of MAMMA MIA! Here We Go Again there in 2017, and we can’t wait to welcome new audiences as well as those who would love to enjoy the feel-good story and joyous music of ABBA once again.’

Nick Parr, Theatre Director at the New Theatre Oxford said: “We’re thrilled to be welcoming the ABBA-solutely brilliant MAMMA MIA! back to Oxford this year.”

“It’s a real feel-good show to have as our Christmas production. There has been a fantastic reaction to the announcement and it looks set to be one of the hottest tickets in the city this winter.”

The MAMMA MIA! UK & International Tour is produced by Judy Craymer, Richard East & Björn Ulvaeus for Littlestar in association with Universal and NGM.

Tickets can be purchased from the New Theatre box office on George Street, by ringing 0844 871 3020 or by visiting our website at www.atgtickets.com/oxford (phone and internet bookings subject to booking/transaction fee. Calls are charged at 7p per minute, plus your phone company’s access charge.).