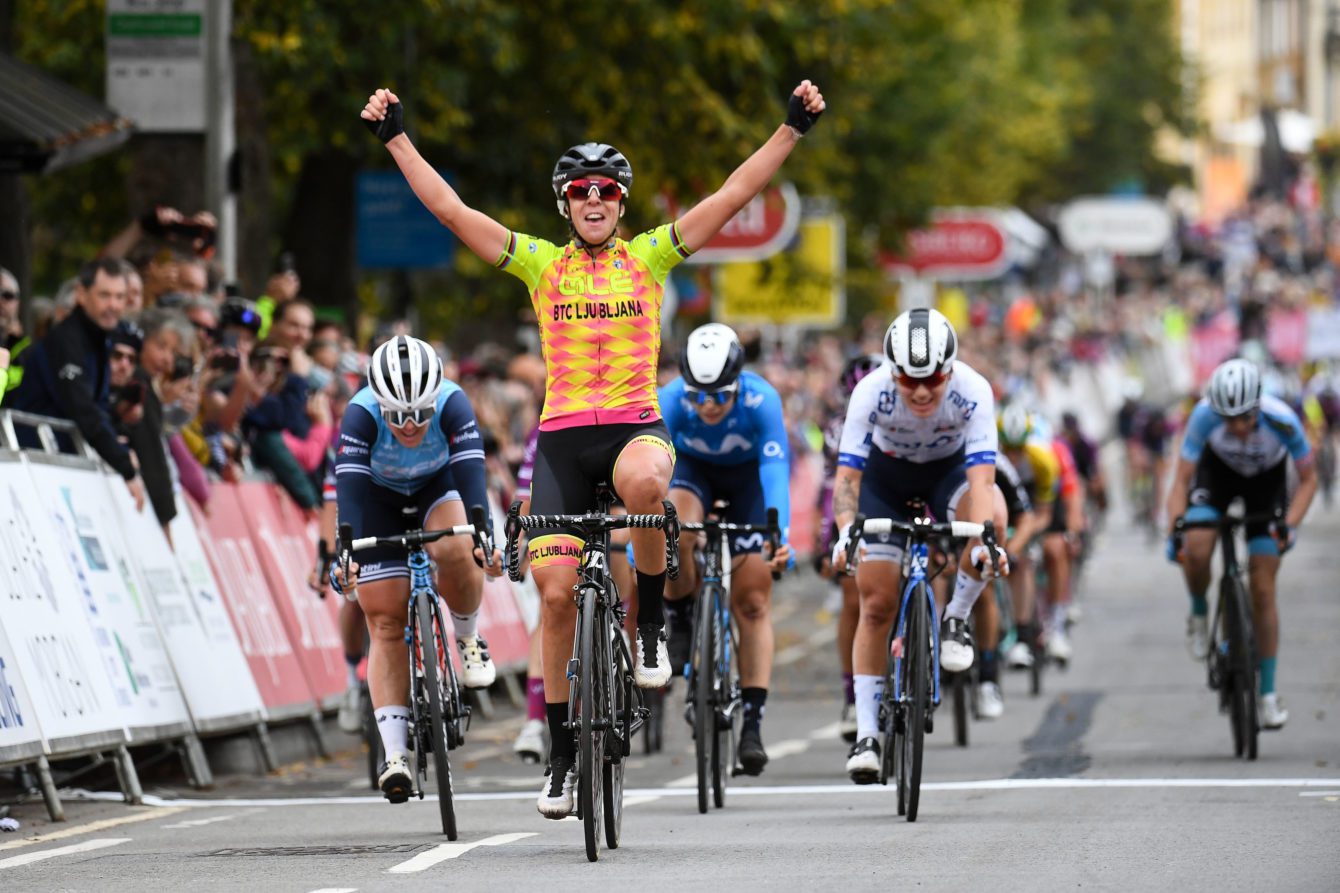 Bastianelli (Alé BTC Ljubljana) managed to pass Chloe Hosking (Trek-Segafredo) and FDJ Nouvelle – Aquitaine Futuroscope’s Clara Copponi in sight of the line to take the win and the race’s first leader’s jersey of 2021.

Speaking after the finish Bastianelli said; “It’s a very nice win for me. There are lots of people, lots of babies, for me it is good, because I think of my daughter.

“There was a crash with 1km to go, and luckily I did not crash but I am sorry for those that did. I started the sprint in third position, and for me it was the maximum because my coach has seen me win sprints from there.

“The sprint was not easy because it is a little bit tougher and uphill, and I think it is not for the sprinters, but for me it is a good race and a good day.”

The 2007 World Champion headed into the final corner on Banbury’s South Bar Street in third position but on the gently rising road to the finish line it was Bastianelli who powered to the line. Victory was the first for an Italian rider at the AJ Bell Women’s Tour since Stage Two of the inaugural edition in May 2014.

Highlights of Stage One are on ITV4 at 21:00 on Monday 4 October and available on demand via the ITV Hub.

Stage Two of the AJ Bell Women’s Tour starts and finishes in Walsall tomorrow (Tuesday 5 October) and features 10 laps of a 10-kilometre circuit around the ŠKODA Queen of the Mountains climb of Barr Beacon. The 102.2-kilometre (63.6-mile) stage starts from Walsall Arboretum at 11:30 and is due to finish on Lichfield Street in the town centre around 14:25.

The AJ Bell Women’s Tour is sponsored by AJ Bell, one of the UK’s leading online investment platforms, helping people invest for the long term via ISAs, pensions and general investment accounts. It has a rich history of supporting elite level sport including badminton, cricket, rugby, squash and triathlon, and recently sponsored the men’s AJ Bell Tour of Britain in September, won by Wout van Aert.