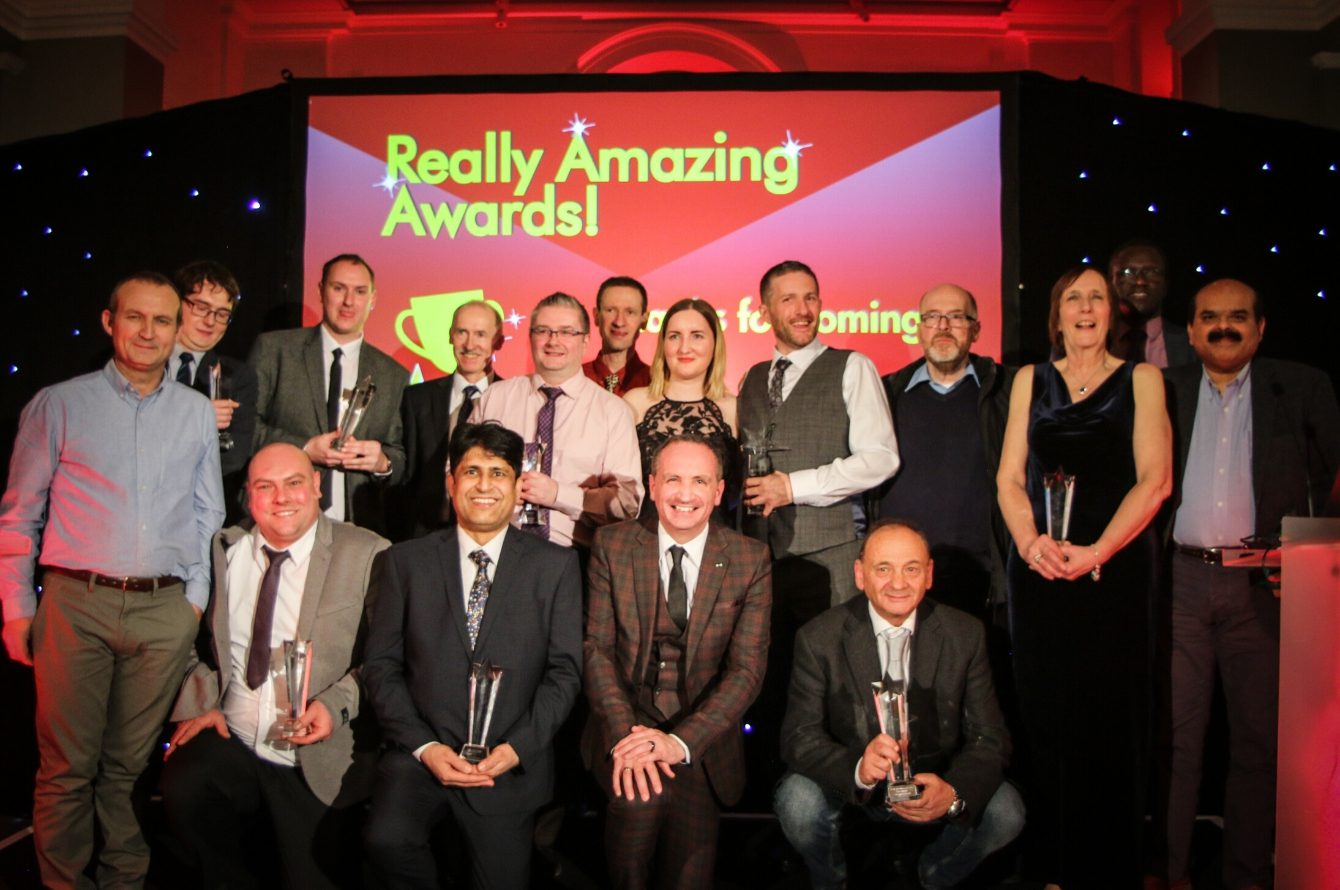 The Oxford Bus Company celebrated the contributions of its staff in its annual ‘The Really Amazing Awards’ ceremony at the prestigious Ashmolean Sculpture Gallery.

Oxford Bus Company, Managing Director, Phil Southall, said: “The Really Amazing Awards celebrates the enormous contribution our colleagues make to enable our group of companies to deliver an exceptional service to our passengers daily. It is also an opportunity to recognise colleagues who have given a significant number of years-service to the company.”

The Long Service Award celebrated a combined 260 years of service by eight colleagues, including coach builder Nigel Brown who was rewarded for 45 years continuous service.

Oxford Bus Company Customer Relations Officer Daiva Medisauskaite scooped the Customer Hero award for consistently going above and beyond for customers. Stuart Exler of the Oxford Bus Company Training School was awarded the Rising Star award for consistently pushing himself outside her comfort zone and learning new skills. While Tomasz Jasniak, Carousel Buses Engineering Supervisor won the Engineer of the Year accolade.

Mr Southall said: “Our Really Amazing Awards ceremony goes from strength to strength every year. We have so many great people doing amazing work daily and it’s important to take the time to recognise and reward people who perform to the best of their abilities.”