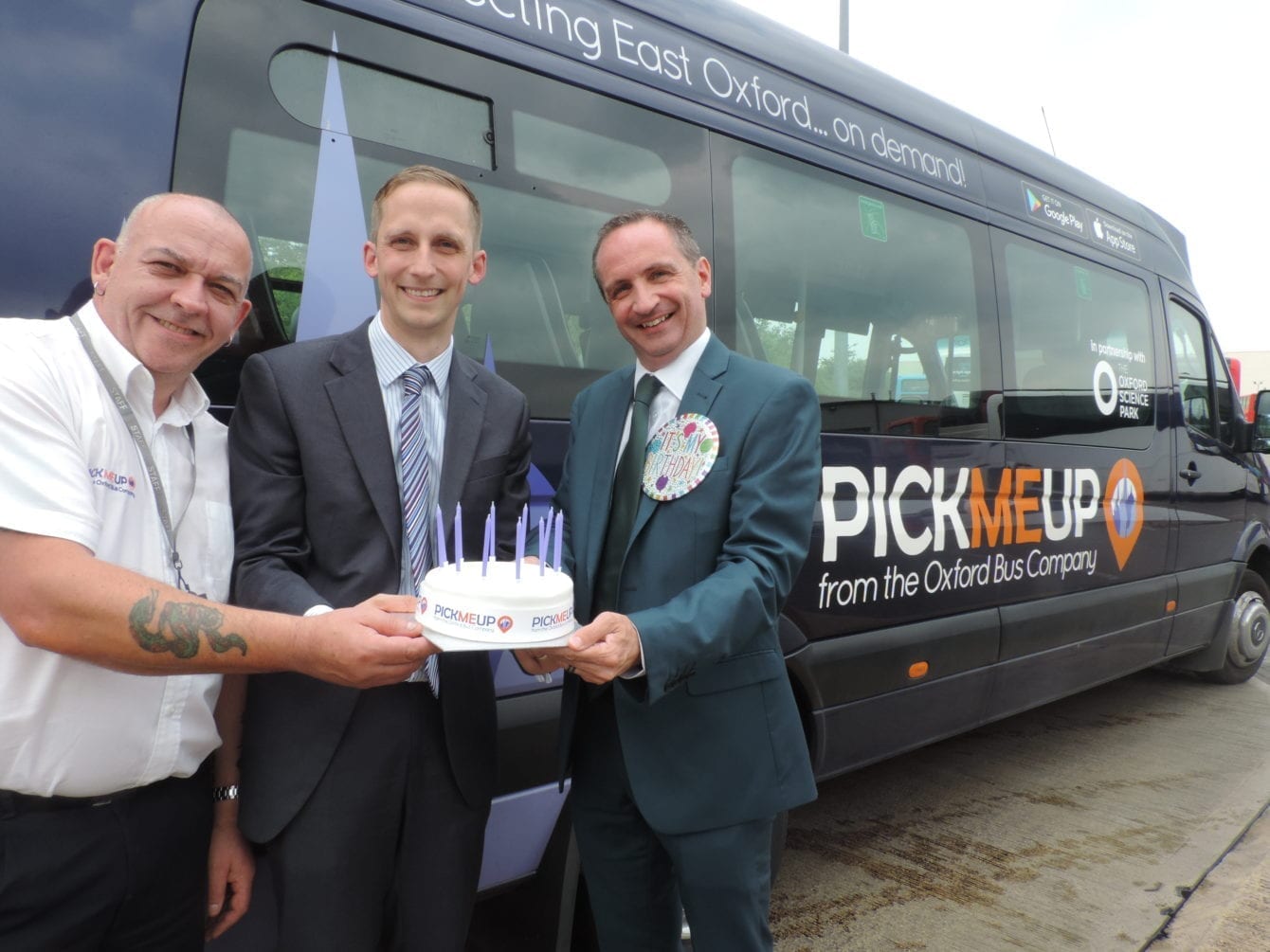 The Oxford Bus Company today celebrates its first anniversary of launching one of the UK’s largest demand responsive bus service.

It has exceeded all forecasts, providing more than 140,000 rides over the last year for the 25,000 passengers who have downloaded the app and registered to travel across Oxford, and is now carrying an average of nearly 4,000 passengers per week.

PickMeUp was the county’s first transport service of its kind when it was introduced in June last year, enabling passengers to request a mini-bus pick-up within 15 minutes at a virtual bus stop using a mobile phone app. The service provides flexibility for passengers to choose both the start and end point of their journey within the Eastern Arc of the city and Summertown and Jericho. Passengers are matched with others wishing to make similar journeys to enable ride sharing. It was designed to help reduce congestion, provide orbital ‘around the ring road’ connectivity and complement traditional services.

Phil Southall, Oxford Bus Company Managing Director, said: “We are proud to have launched such an innovative service in Oxford that provides passengers with more choice and flexibility in how they travel.

“The number of rides that have been taken in the first year demonstrates there is a real appetite for our service that is transforming how people travel and in an environmentally friendly way.

“We are one year into a three-year pilot scheme and we are now entering a critical stage for PickMeUp. We now need to scale up and make the corner to corner service a viable business to ensure the trial is successful. We’d appeal to people to use the service, and to local businesses to help support us to make it a permanent fixture in the city.”

With nearly 390,000 miles covered by the buses so far, the service actively contributes to reducing traffic, noise and carbon pollution in Oxford by cutting the number of cars on the road and tailoring its service to customer demand.

The Oxford Bus Company backed by parent company the Go-Ahead Group have invested significantly in launching and expanding the PickMeUp service. The fleet has grown from six to nine buses and 26 jobs have been created to date.

PickMeUp was initially launched to serve business parks in the Eastern Arc of Oxford, along with the city centre, to compliment traditional bus services. The zone was recently expanded to include Summertown and Jericho. Oxford Bus Company partnered with New York ride-sharing startup Via Transportation to launch the service.

To celebrate the anniversary a promo code has been launched providing £3 PickMeUp journey credit to all new users when they download the app and type ‘BIRTHDAY’ into the promo code box between 17th and 30th June.