The Turn of the Screw at Oxford Playhouse 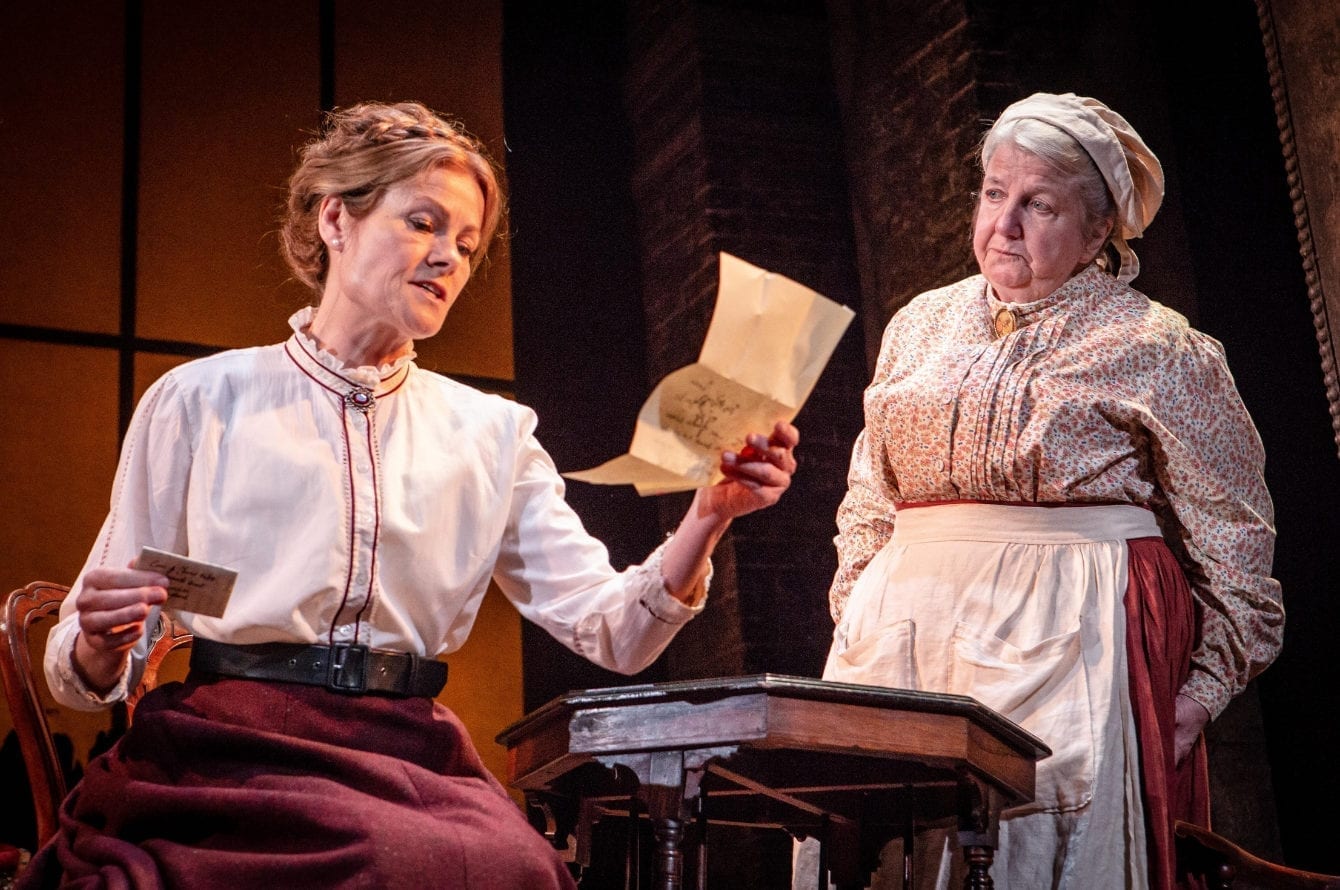 Janet Dibley and Maggie McCarthy star in a new adaptation of Henry James’ iconic, genre-defining, ghost story Turn of the Screw, which comes to Oxford Playhouse from Tuesday 11 to Saturday 15 June.

This dynamic and thrilling stage adaptation of Henry James’ seminal tale, the original inspiration for Susan Hill’s The Woman in Black and a number of films, is a masterclass in stage-craft, with deliciously atmospheric set and lighting design and an evocative soundtrack. Janet Dibley plays the role of The Governess, whilst Maggie McCarthy returns as Mrs Grose.

Janet Dibley says: ‘I was drawn to the play by a phone call and a first read of the novella. I’d never read anything like it. It was beautiful and complicated and had a great team behind it. I was particularly drawn to the part of the Governess by one of her opening lines “Nothing about my life is so very remarkable.” What a great line – it’s an invitation! You know something juicy is about to happen when you read that. This is a story that is completely and utterly remarkable. It’s a fascinating, truthful journey of a woman’s sanity or insanity – you never quite know which – and her survival. As my nephew said when I described it ‘Intense!’

Janet Dibley first became a household name in the much-loved ITV hit series The Two of Us. She went on to star in a number of TV roles including Eastenders, Doctors, Broadchurch and more recently Coronation Street. Her most recent theatre work has been the acclaimed tours of Kindertransport, A Murder is Announced, and Women on the Verge of HRT.

In 2016 Janet created and performed the title role in the huge hit UK tour of Jackie the Musical and later this year can be seen back on the screen in the BBC’s award-winning series Shakespeare and Hathaway. Maggie McCarthy has worked extensively in Film, TV and Theatre including Dancing on the Edge and Call the Midwife for the BBC.

Enjoy stylish, edge-of-your-seat theatre with a show guaranteed to be provocative, moving and above all terrifying!

Tickets for Turn of the Screw at Oxford Playhouse start at £10 and are available from the Ticket Office on 01865 305305 or book online at www.oxfordplayhouse.com.