Thousands of Items Left on Oxford Bus Company Services in 2019 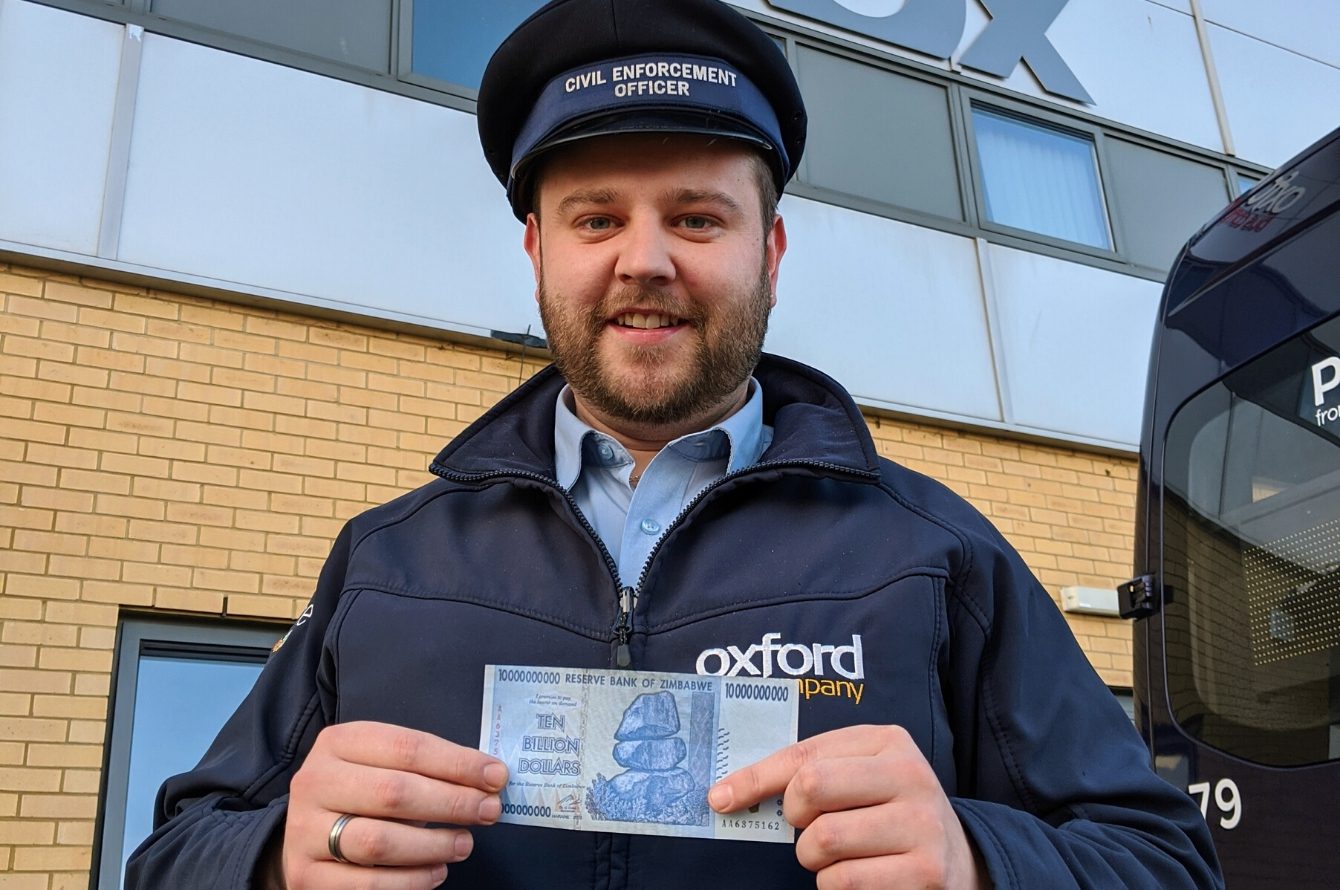 The Oxford Bus Company have revealed the unusual items which were lost by passengers last year.

Among the thousands of items left on buses and coaches in 2019 were a Zimbabwe ten billion dollar note, a toilet roll with Donald Trump’s face on it, a Civil Enforcement Officer’s hat, a breast pump and a giant tent.

Staff at the Oxford Bus Company customer services department recorded 6,306 items in 2019, a huge increase of more than double the number of belongings left on its services around the county compared to the previous year.

Around one third of the items were reclaimed by passengers who paid a £1 administration and storage fee for the return of their belongings to help towards costs. Unrecovered items are donated to local charities, or safely disposed of. The Zimbabwe ten billion dollar note, which is no longer in circulation was not reclaimed, while the Donald Trump toilet roll was.

Andy Morison, Head of Customer Experience at Oxford Bus Company said: “Highlighting the unusual items that are left on our bus network helps us remind people that lost belongings can be reunited with their owners and it is worth getting in touch.

“Losing a personal item is often a stressful situation and so last year we introduced technology to provide a faster and more effective way to reunite belongings with their owners, which now includes a postal service. This seen an increase in the percentage of items that are reclaimed.

“In the past 12 months we have experienced a significant increase in the number of items left on our bus network. Unfortunately, a lot of things do get left behind and we always hold them for a fixed period. It is always worth getting in touch via the lost property section on the website to register a lost item. Mobile phones and bags are the most common items left on buses, but we do collect quite a few unusual items as well.”

Oxford Bus Company provides extensive bus routes in Oxford City and Abingdon, luxury coach services to Heathrow and Gatwick, the BROOKESBus service, in partnership with Oxford Brookes University, the prestigious park&ride service which connects five car parks to the city and innovative PickMeUp passenger demand responsive service in the eastern-arc of the city.