A Fresh Canvas this January 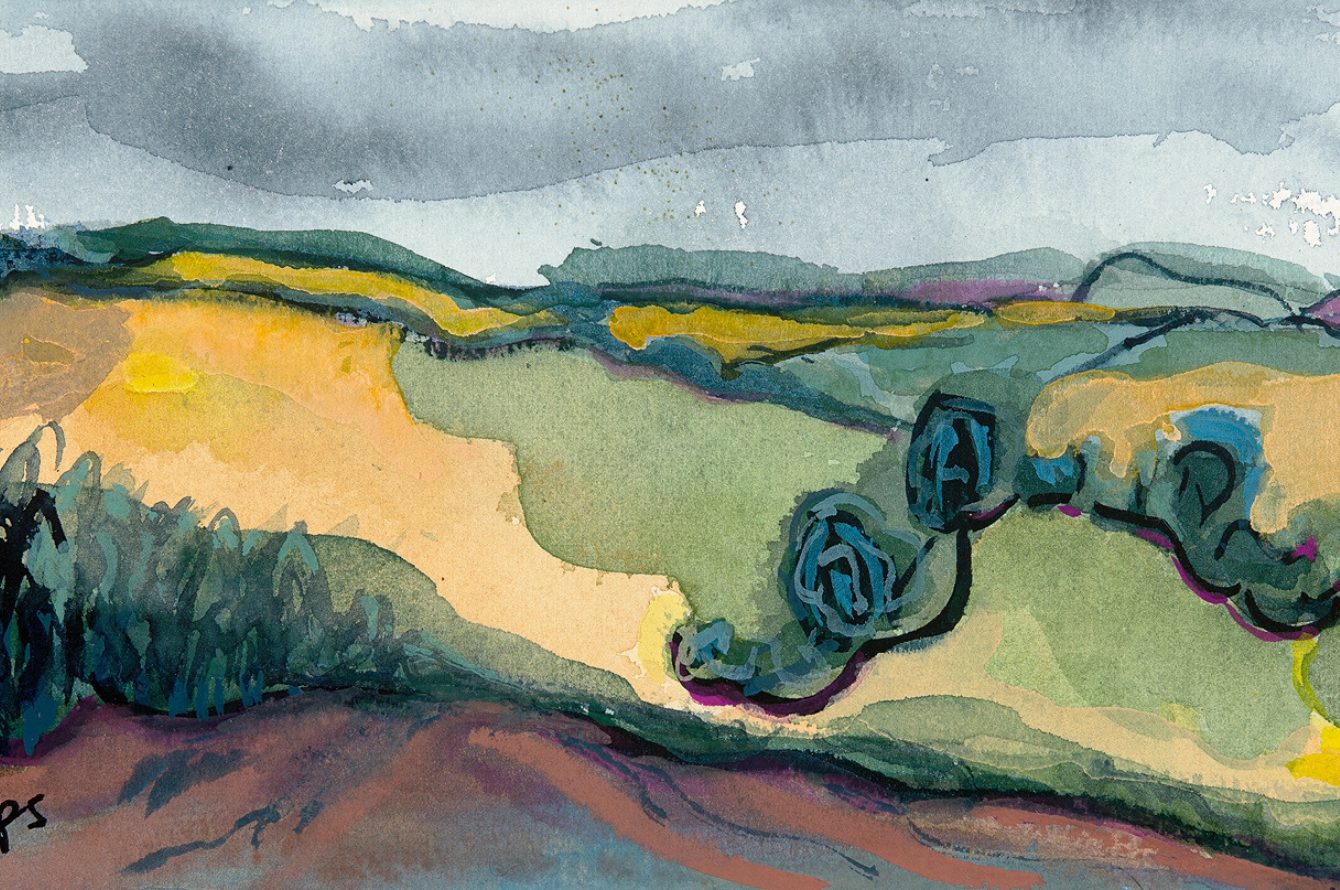 As 2020 dawns, January heralds in the first exhibitions of a year of great art here in Oxfordshire. Here are five suggestions to kick start your county-wide explorations of colour, craft, talent and inspiration: it’s a great start.

In Oxford city, from 18th, Summertown’s Sarah Wiseman Gallery presents Hidden Histories by Mychael Barratt, an exploration of history, through the eyes of an enthusiast and cultural polymath. The centrepiece is a printed map of Oxford, ‘The Shoulders of Giants’, a picture researched and developed over two years. ‘When the title of this map came to me, I was so thrilled that I nearly danced a little jig,’ he smiles. Barratt placed each of the 39 colleges of the university geographically with as much accuracy as a ‘pseudo-cartographer’ could manage and then added the remaining references to the composition guided by aesthetics. With inclusions from the classic ‘heads’ from the Sheldonian to a shark, a surprising cockerel and Inspector Morse’s Jaguar, it’s an engaging piece to pull the viewer in.

Just along the road, The North Wall presents Cotswold-based portrait painter Kevin Line’s charcoal, grisaille painting created with charcoal pencils, dust and his fingers. Line is a realist with fine observational skills who works in monochrome, stripping all sentiment from his paintings. In his portraiture, he conveys not just a likeness of the subject, but also a real sense of the subject’s inner emotions expressed through body language, and a hint of narrative.

In the city centre, One Fine Summer in the Cotswolds – Rosie Phipps brings the sunshine to The Jam Factory with a painting process begins in disorder that develops into deep patterns and reveals rolling, contemplative landscapes. Phipps has been painting for decades in privacy, creating dream like studies of flowers, landscapes and figures that paste imagination on to paper. This collection of small and charming watercolour landscapes, form a gallery of ‘windows’ from which to gaze onto joyful, sunshine yellow fields beneath moody British skies, a land of contrast that is bright but clouded, loose but smooth. The collection summaries “the pleasure of sitting in a field all day staring at the way the fields are shaped by the contours of the earth; shaped again by the shadows of the clouds that tumble across the sky; and always changing.”

In a separate gallery space alongside, ‘Carving Light’ by David Parrott explores how light interacts with our surroundings and captures ephemeral scenes of both the city and surrounding countryside, using traditional tools coupled with contemporary techniques. On the cusp of realism and abstraction, Parrott uses shadow and contrast to play with perspective as he explores Oxford’s ancient trade routes, canals, rivers, paths, bridges and local woods in search of new and often undiscovered motifs. His emphasis on the natural environment is influenced by the growing threat to natural spaces, particularly in an increasingly-urbanised England.

In South Oxfordshire, in a series of paintings at The Sewell Centre Gallery, Radley College near Abingdon-on-Thames this month, curated by the Zuleika Gallery, artist Alyssa Dabbs explores Subconscious Realism. Dabbs is a contemporary British abstract artist who works on a large scale which allows her to immerse herself within the work. Her bold and expressive marks, often representational of her feelings and surroundings from colours to sounds, give each painting character and movement: she finds it fascinating by the way marks, colours and shapes represent, symbolise and resonate in different ways that are personal to the viewer, an idea she continually explores.

For bold three-dimensional sculpture, head to the gallery at the Cornerstone Arts Centre, Didcot where sculptor Johannes von Stumm, formerly President of the Royal British Society of Sculptors, echoes the clean lines of this crisp white space with his extraordinary use of elemental materials. In his sculpture  he joins metal, stone and glass to create abstract or reduced figurative works in which apparently conflicting materials exist in complex harmony.

‘When I was studying fine art,’ von Stumm smiles, ‘the Professor told me that granite and glass were an impossible alliance which would never work. However, I had grown up in the Alps where water, stone and wood are seen together in beautiful natural combinations so this was an irresistible challenge for me. I was also intrigued by how age-old materials speak to the soul and wanted to capture that in my sculpture.’

Through the inclusion of very different and apparently contradictory materials, von Stumm’s sculpture represents both the fragility and strength of life, and in this exhibition, his ‘Immaterial Figures’, rooted in his work with glass, embody purity, light and emptiness.