Oxford in Lockdown: a Cycle Ride Through the City Centre 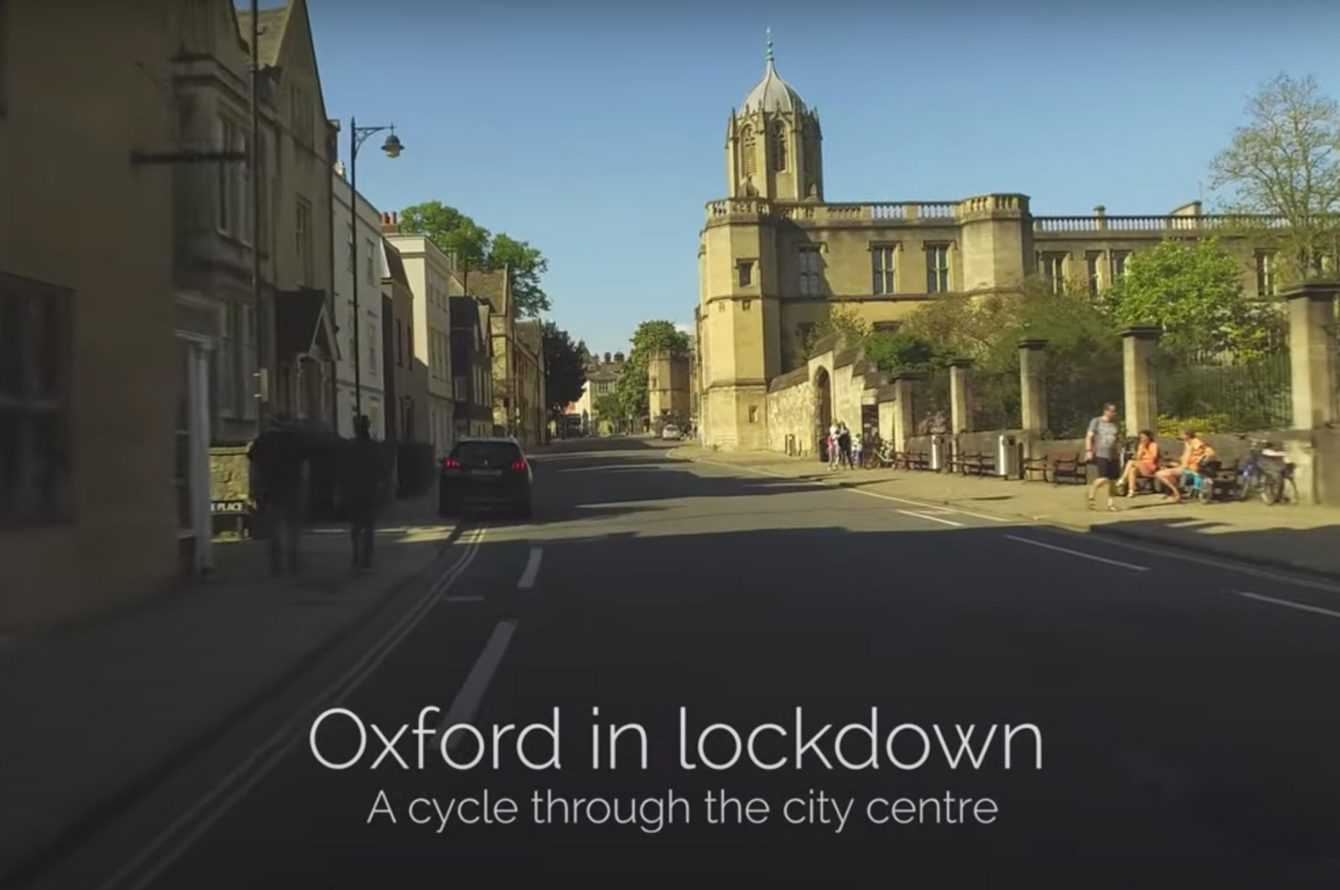 An Oxford cyclist has captured the city’s eerily quiet streets during lockdown, by filming a bike ride through the historic city centre.

Thom Airs decided to film a bike ride through the city centre to show just how empty many famous streets and landmarks are without tourists, students and many workers.

His journey captured the city’s eerily quiet streets during lock down, producing a mesmerising video to mark the current era.

The East Oxford resident said: “I’d been taking iPhone snaps and short clips of the quiet streets on my daily walks or cycles and they had been getting quite a lot of attention online – particularly from former residents and friends elsewhere in the county who can’t visit the city at the moment.

“With the good weather set to end, I decided to make a more complete video showing off some of the sights as they’ve never looked before. Oxford has looked and sounded beautiful recently without the usual human activity, but in some ways, I do miss the hustle and bustle.”

He said: “I used a DJI Osmo, which is no longer produced and is one of the least-used bits of my kit.

“I could’ve used a better camera but that would have meant adding weight and bulk. I wanted something small and handheld that could produce smooth video. I decided just to point it straight ahead and film continuously, rather than add any cutaways or fancy edits.

“I remember a few years ago BBC Four showed a continuous two-hour shot from a fixed camera on a canal boat and it was a surprise hit because people found it so soothing. That was at the back of my mind when I decided to do this.

“I also just wanted to show Oxford in very unusual circumstances and have something to look back on. Hopefully, we’ll never see Oxford so quiet again.”