“I was Dancing in My Seat!” Kinky Boots Comes to New Theatre Oxford 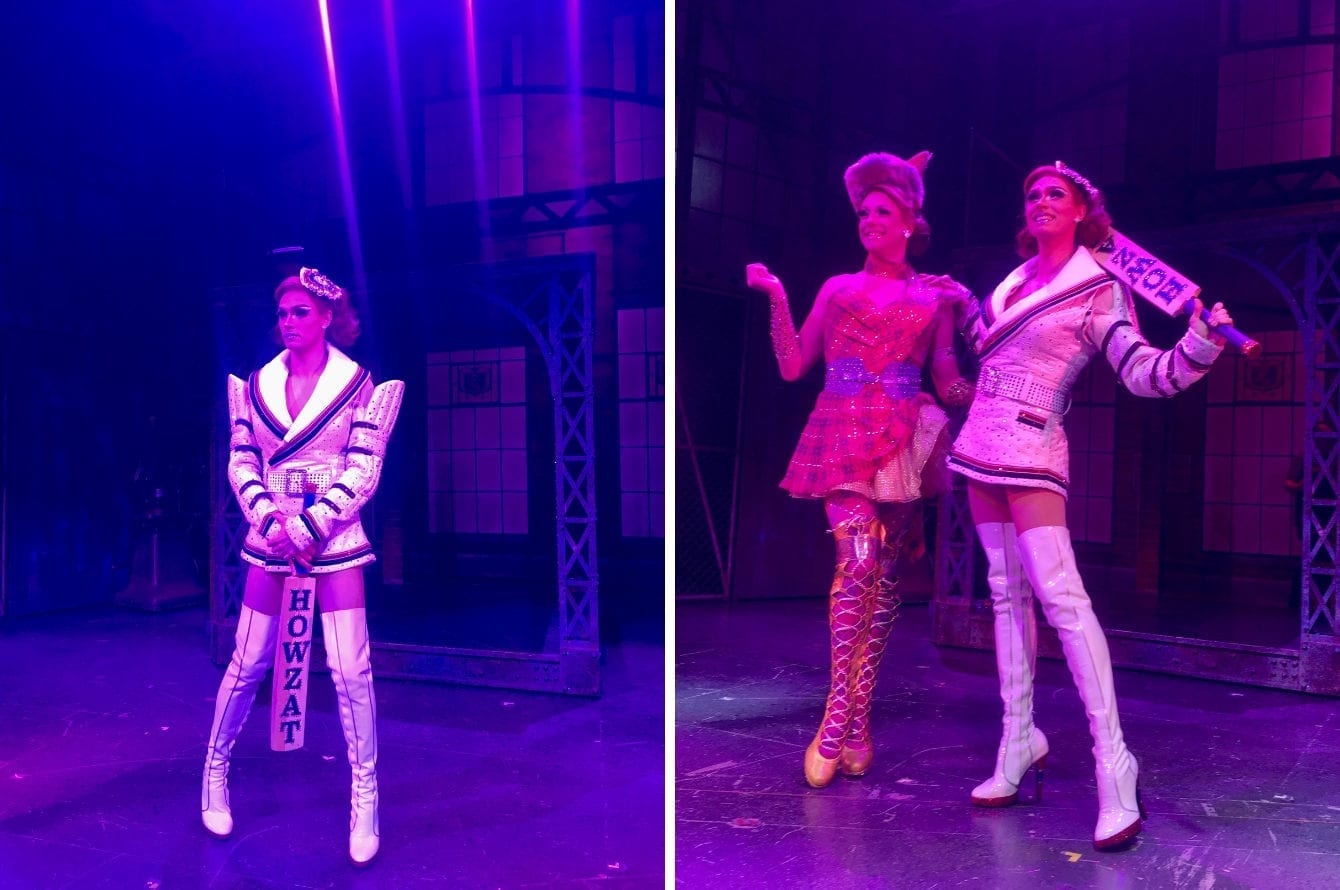 When a world-famous musical fresh from London’s West End visits Oxford, of course Experience Oxfordshire went to see the show!

When Charlie Price (Joel Harper-Jackson, who recently starred in the The Curious Incident of the Dog in the Night Time UK tour) is struggling to live up to his father’s expectations to continue the family business of Price & Son, he strikes luck when he meets spectacular Lola (West End star Kayi Ushe) – a fabulous performer in need of some sturdy new stilettos.

From the very beginning, the bulky characters working in the Price & Son warehouse brought hilarious comedy to the show. But when Lola and the Angels arrived on stage, all attention was on them. With their bold costumes, lots of sparkles and glitter – and those killer heels! – the energy of the cast was incredible.

This feel-good hit also has a touching story. Both Charlie and Lola have difficult relationships with their fathers; Lola was raised to be a professional boxer, and Charlie is having doubts about running the family boot factory.

When the story finishes at Milan Fashion Show, however, all struggle is forgotten. With fantastic takes on classic British uniforms, such as the horseguards and beefeaters of London, Price & Son proudly present their brand new line of kinky boots, inspired by Lola and the Angels.

During the entire show, I just wanted to sing along – and I was dancing in my seat! Ushe (Lola) and Harper-Jackson (Charlie) sing exceptionally well, and the music is fantastic.

The songs were by pop icon Cyndi Lauper, and the golden age disco style music is still in my head. Throughout the show the audience was standing, clapping and dancing along, but for the last 5 minutes everyone was stood clapping the final number. Of course, the cast received a roaring standing ovation at the end!

I’d really recommend this dazzling show to everyone, but don’t miss out…

Kinky Boots is on at New Theatre Oxford only until Saturday 23rd February!