Sculpture, ceramics and paint – from St Ives to secret worlds 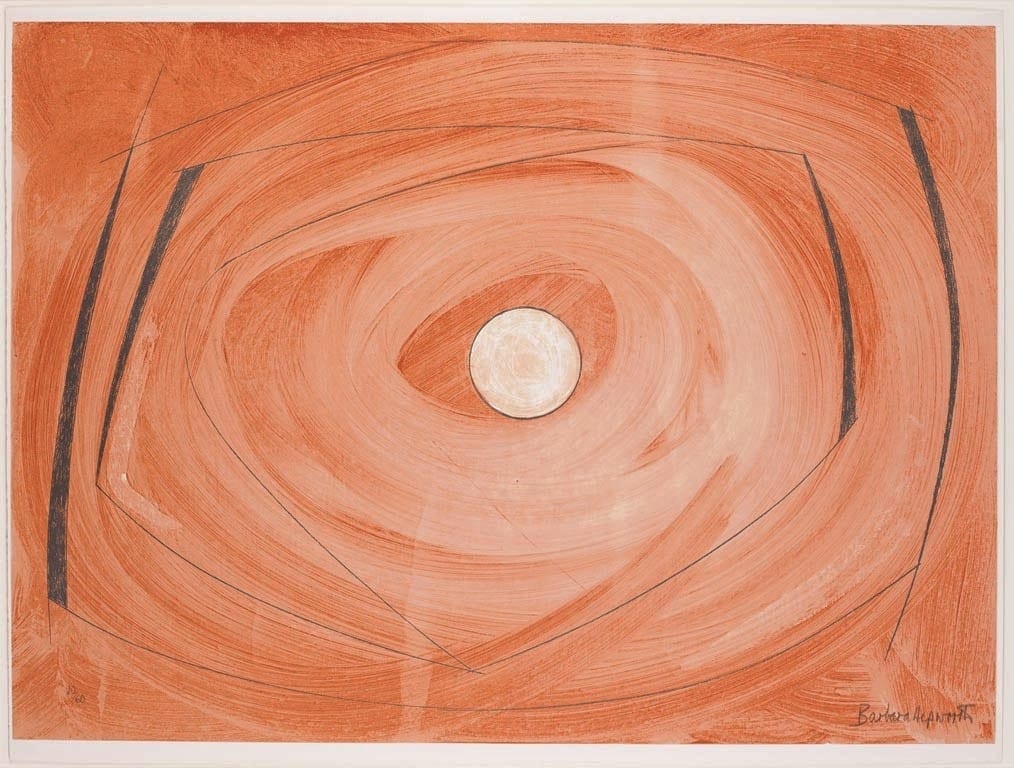 In an exhibition ‘To The Lighthouse’ presented by the Zuleika Gallery in the Sewell Centre Gallery space at Radley College enjoy artist explorations of both literary and visual responses to St Ives and West Penwith, which includes, as well as art from the present day, work from the St Ives artists, a 1946 oil painting by Patrick Heron, and a Barbara Hepworth print.

Excitingly, in Henley-on-Thames this month (until 3rd June) you can see a whole series of Hepworth’s sculpture created from the 1930s to the 1960s at the River and Rowing Museum. The exhibition Barbara Hepworth: Finding Form shows her lifelong preoccupation with three-dimensional shapes and traces the changes in her work over three decades. The earlier pieces are figurative, based upon the human body; over time Hepworth’s sculptures became increasingly abstract. On the walls alongside, a number of lesser known oil-on-board paintings give an insight into how Hepworth experimented with geometric shapes and colour during the 1940s.

For organic shapes in porcelain on a far smaller scale, there are ceramics on show this month in Oxford’s Jam Factory. Harriet Elkerton’s handmade designs are slip-cast and have an unassuming simplicity and unctuous glossy white glazed interior. Many of the pieces are functional but look more closely at Harriet’s decorative ware, nestled amongst the functional, and you’ll see it had been created from found objects, with purpose-made porcelain additions.

Alongside, Fi Chappelle’s ceramics are hand-thrown in on a pottery wheel her home studio. With an emphasis on the contrast between the matte white earthenware clay and the smooth, reflective glaze which covers only part of each piece, FICH ceramics are designed to be contemporary, elegant and stylish.

There’s elegance too in Bampton, where the airy West Ox Arts gallery presents an exhibition entitled Music, Dance and Movement, a theme given to both elegance and exuberance, as the collection includes the everyday as well as the beautiful – from singing hymns, watching “Strictly Come Dancing” or jumping over a puddle – and in a multitude of media.

Back in Oxford there are two new exhibitions in Summertown’s North Wall this month – first Ruth Murray’s art brings the tension of change, the agitation of youth and the feelings of alienation and paranoia associated with misunderstood experiments/rituals to the white walls of The North Wall. Ruth’s iconography is developed from everyday stories, places and faces, but also makes use of elements from older visual languages and across the boundaries between ‘high’ and ‘low’ culture. Her pieces provoke questions about the perception of reality by infusing the familiar with eeriness, and sometimes using domestic spaces or nostalgic triggers associated with an idealized, utopian childhood state, Murray offers glimpses of strange acts and private moments that expose personal stories and secret worlds.

Then paintings by Nicholas Permain reflects the heritage of the North East of England where he grew up, with individualistic narratives alongside both established and interpretative views of history, contemporary heritage sites and the authentic lived history of a place. Permain’s work contemplates the habitation of ‘living museums,’ and the conflict between the care that animals that inhabit these sites receive and their identity as a museum objects.

Visit too the Turrill Sculpture Garden behind Summertown library and in the Sarah Wiseman Gallery, also on South Parade, their New Year exhibitions continue until February 10th. Read more about those, and Modern Art Oxford’s current exhibitions in last month’s post here.